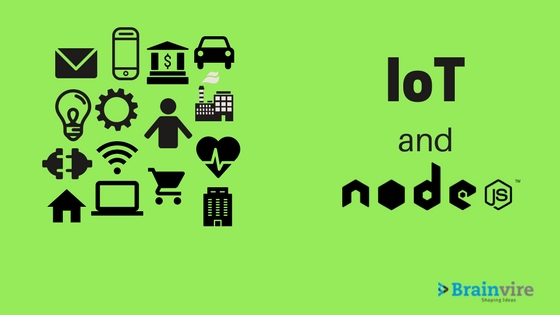 Talking About Why Node.js is a Natural Fit for IoT Applications? In order to leverage technology to activate business growth, one has to keep an eye on technological expansion.

That is the way how big companies are evolving by identifying the next “big thing”.

To overcome the hurdles and attain smoother flow in a business, sooner or later, every business needs to acquire data management tools, network control, and intelligent solutions.

It is quite tough to identify the ideal technology that befits your business needs. Considerably, IoT, big data analysis, the cloud will drive significant changes in business process management.

IoT(Internet of things) is all about synchronized and connected environments across the system that includes the integration of microservices, web, wireless technology, sensors, and devices.

IoT is a buzzword nowadays. Here in this post, we will help you choose the best technology for developing an IoT application.

“As the next evolution of computing, the Internet of Things is taking the first place to capitalize on it in order to drive significant changes for a more connected and synchronized world.”

Here Node.js comes into the picture. It can be observed that when it comes to the IoT application development, most systems failed to provide a uniform experience across the devices and real-time reflection through embedded systems.

Node.js: Gaining In Popularity to Address the Needs of IoT

Have a look at this numeric form of an IoT expansion:

On the other hand, Node.js is widely used to build highly-scalable and modern applications.

Node.js is an open-source, cross-platform JavaScript runtime environment that is used by big brands to develop and maintain applications.

Do you know who is using Node.js to boost productivity and meet real-time business needs?

How Node.js Fulfills the IoT Objectives into Applications?

Talking About Why Node.js is a Natural Fit for IoT Applications? Node.js is the ideal choice for building the Internet of Things applications. Here’s how:

Recently, there has been a lot more talk about the combination of IoT and Node.js platform. Built on Google’s V8 open source JavaScript engine, Node.js is considered as the best platform for building modern, data-centric, real-time applications.

When the talk comes to IoT, there must be programmable devices such as sensors, beacons, wearable, and microsystems. Apparently, devops, IoT devices generate a big number of requests as it handles interaction across the devices.

It is important to note that, Node.js is very fast, making the request-response flow smoother and faster. With the perfect background of an IoT solution community, the Node Packaged Modules (NPM) is equipped with more advanced repositories to fulfill the IoT needs.

The main advantage of using Node.js in IoT application is the faster and real-time execution. On the server side, it also occupies less memory and results in smoother performance. Indeed, with the great support of APIs and low-resource requirements of Node.js, developers can create scalable, modern, and efficient applications.

In order to gain a competitive edge for IoT applications, Node.js can build apps with high scalability, attractive UI/UX structure, and connective, integrated functions. Whether it is a consumer or a developer, Node.js is the perfect fit for API-based IoT applications.

What Makes the Node.js a Great Choice for IoT Applications?

When we’re talking about IoT, there is a prior need to connect with various devices such as sensors, beacons, transmitters, and so on. To handle such interconnected devices that have an affinity to generate a number of data transactions, Node.js is a suitable platform. This is because, Node.js works with streams, readable and writable channels.

The robust sockets and MQTT, a light-weight messaging protocol are specifically built to make data transmission smoother in IoT applications.

As mentioned above, the NPM (Node package manager) equipped with more than 80 packages for Arduino controllers, Raspberry Pi, and Intel IoT Edison. Apart from that, NPM also contains different built-in architecture for Bluetooth devices and sensors.

One of the chief advantages of using Node.js is JavaScript. It is very easy to understand and use. Node.js is making IoT development in its favor with the collection of data, effective and rapid communication, analysis, and act. This is how Node.js is a well-suited technology for IoT application development.

Talking About Why Node.js is a Natural Fit for IoT Applications? If you want to leverage Node.js into your existing system to make it scalable and feature-rich, or building new applications from scratch, we can help you to drive maximum ROI for your business.

6 Industries That You Can Develop Applications with Node.js

How IoT is Fueling the On-demand Economy Through Connected Vehicles 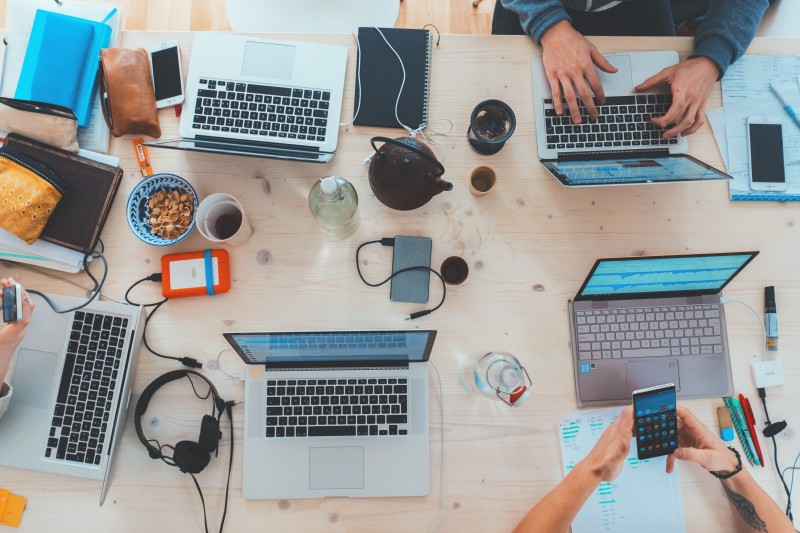 Why AngularJS Is Best Fit For Responsive Web App Development?