Know More About the New Features of Drupal 7 to Gain Higher Business Results as Compared to Other CMSs? 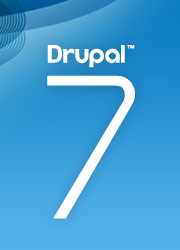 Unlike other CMSs, Drupal is a free content management system written in PHP and is one of the favorite web development platforms among the vibrant community of Drupal developers. Drupal has gained momentum with the release of Drupal 7 and has become the widely used CMS platform in the market which is represented by an array of top notch sites like The Economist, Popular Science, MIT, Sony Music and more. Drupal now displays content in 182 languages by over 538,813 people in 228 countries.

Using Drupal CMS as a website platform is truly an advantage for any online business. The Drupal provides a very sophisticated programming interface that has a tough learning curve and is considered more of a developing platform than simple CMS tool. If you want to update a new content, add new images and update your product or services catalog, this CMS system will allow you to easily perform the task with zero knowledge on the programming aspect.

Google Analytics, a tool from Google allows a website owner to identify how his business is performing in terms of traffic associated with the website. Drupal 7 plug-in helps the website to be search engine friendly, monitors links and documents, increase traffic, aim at targeted visitors thereby maximizing profit and business growth. Drupal 7 plug-in modules also creates a XML Sitemap for a website which allows to keep the updates easily and send it directly to search engines such as Google, Yahoo, MSN, Bing etc. The businesses are now approaching Drupal Development Company to develop open-source, scalable and customized Drupal web application or a website. In this article, we are going to discuss Drupal 7 Benefits/Features as to why businesses are preferring Drupal 7 for building community driven and movement building websites.

Here are the reasons why Drupal 7 is unique from rest of the other CMSs?

The old have been discarded and replaced with new and powerful themes. This new administrative themes can be easily managed by the theme developers in terms of color, CSS, themes and other administration settings.

Drupal’s new release of version 7 allows easier administration and greater controls for setting up new user accounts and user permissions depending on the designation, role or group.

Drupal 7 includes a number of usability improvements in an attempt to make the CMS friendlier to a less technical user-base. With the use of an administrative back end it has become simpler to better organize admin menus making it easier to find and edit the content functionality with a better support of WYSIWYGs and customized admin dashboards to provide shortcuts to the common tasks for admin users.

Drupal 7 provides enhanced security system such as log in functions provided with passwords and task schedulers. In addition, number of popular modules like CCK (Content Construction Kit) has been added to Drupal core making the standard Drupal installation more complete and ready to use package.

Another important feature of any CMS is the ability to take full control over the look and feel of the site. In Drupal 7 the introduction of html.tpl.php is used to display the basic html structure of a single Drupal page, including DOCTYPE, head, html and body. This change should free themers from declaring DOCTYPES, head etc. in multiple files thus making maintenance and changes easy and simple.

For the front-end developers Drupal 7 ships with JQuery 1.4.4 which is much faster than JQuery 1.2.6 and provides the developers with access to fantastic features. In addition to updating JQuery, Drupal 7 will also ship with JQueryUI 1.8. JQueryUI is a smart addition which should help standardize many UI components such as tabs, drag & drop events or accordions thus making front-end development and maintenance easier.

This article has covered many of the most exciting features of Drupal 7. So what are you waiting for? Approach us today for a professional Drupal Development!