What’s The Secret Recipe of Getting Five Star Reviews?

Beyond question, everyone, be it developers or app users would look for 5-star reviews.

Reviews and ratings are the stairs for the apps to climb up the app store charts. In the app store, when we look at the top 1000 apps, most of them are at least 5 stars rated. 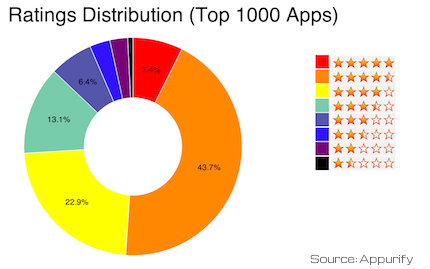 Also, the app users prefer to download the apps that rank high in the app store. Yes, no matter how many likes the app has garnered on Google or Facebook, but the reviews and ratings on the app store have more influence on the user's minds.

In a nutshell, getting a large number of 5-star reviews and ratings is all-imperative. That makes app owners request the users to leave the feedback.

Well, it is one of the ways to gain user's feedback that may be positive or negative. There are many tactics the app owners use to bring an overwhelming success to their app.

So, do you want to know how your app can get thousands of 5-star reviews? Here, is the answer:

1) Don't follow the trends! Engineer something that's out of the trend

You know what's going on in the market and the type of apps taking hold of the user's attention. Suddenly, you get an idea to build such an app and monetize. Beware, less often, it works. 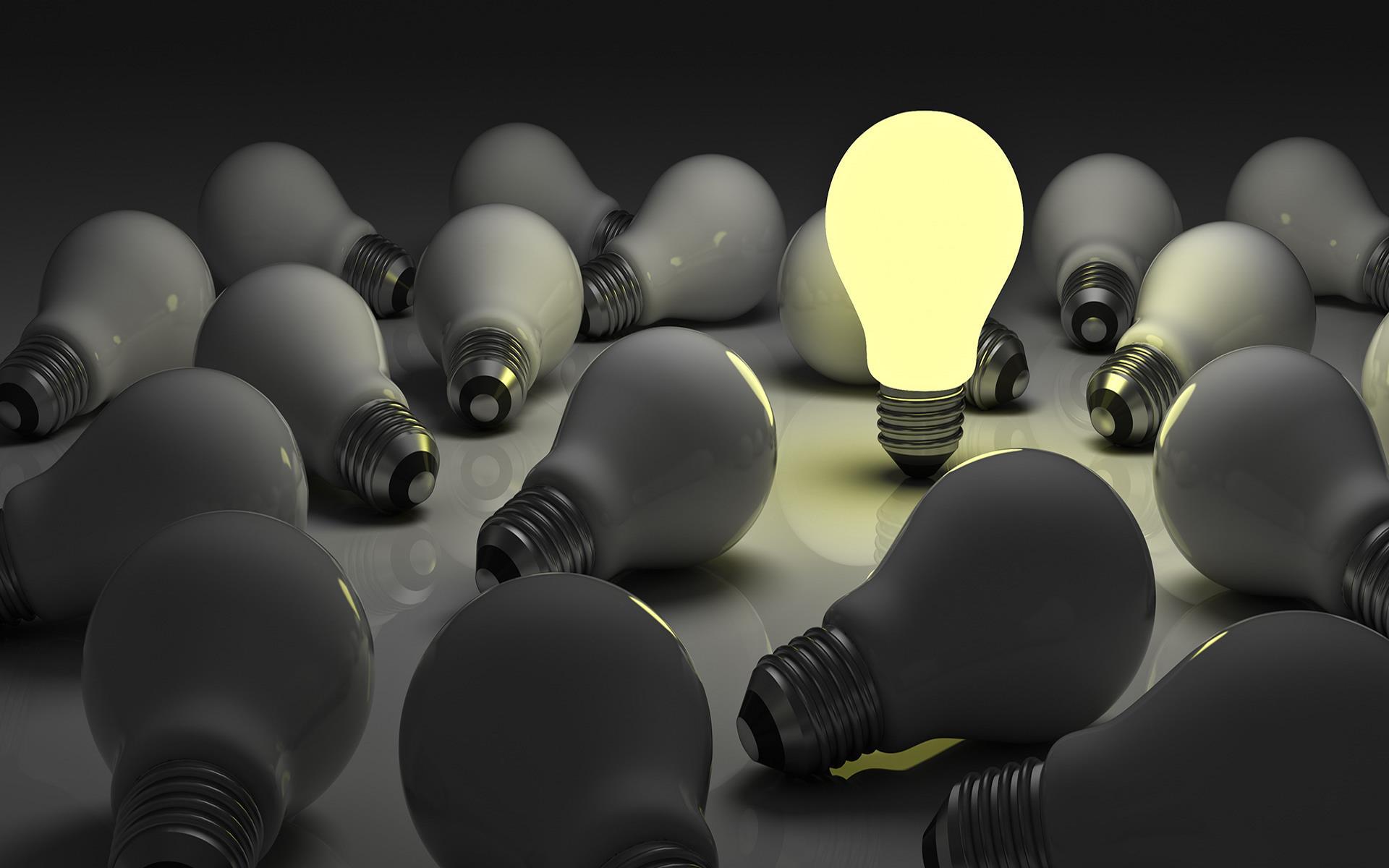 It means what Steve Jobs said, "You can't just ask customers what they want and then try to give that to them."

You should pay heed to what nobody tells you. It sounds confusing.

Actually, you have to find out what people want and then think whether your unique app idea is usable and able to create any difference in their lives or not.

If it matches the user's undefined needs and surpasses their expectations, then gaining reviews in large number is easy.

2) Go over your app with a fine tooth comb

Testing is a whole as important as programming. Many times, it is less regarded. That should not be done.

The app is launched with bugs impact the brand image and user's trust. Also, users are completely intolerant for buggy apps. They are not interested in knowing how a trivial error in the program's logic has created the bug. So ensure all the bugs are eliminated before the app launch for repercussions. 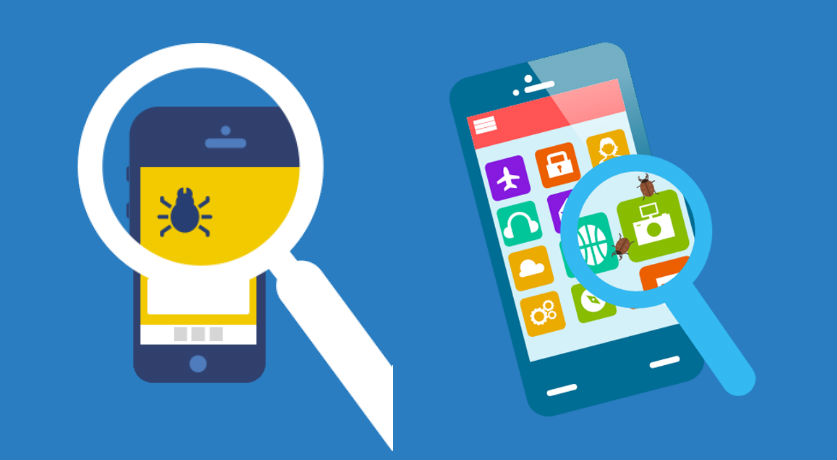 With rigorous testing- manual or automated testing and quality assurance of the application as per the industry standards makes certain that all the loopholes or flaws are removed.

3) Ask the users about app performance

Definitely you promote the users to leave the feedback on social platforms and app store publically.

Instead, when you ask the users what problem they are facing or how is their experience with app privately by sending messages, email or through pop-up, the users would feel connected. 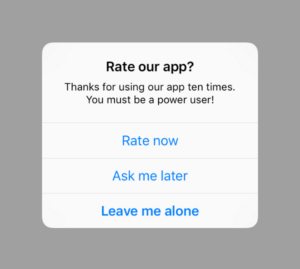 Moreover, if they are not delighted with the performance or the services they are getting, then they would explain the same in private.

With this, your app would less likely gain negative reviews because users find messaging easier as compare to posting negative feedback.

4) Customer support is the key

When you are trying to get in-app feedback, then most probably, the queries of customers would come that you have to answer.

Prompt and relevant response assures users that you listen to them and fix the problems. This builds customers' trust and the users would leave positive reviews for your good customer support. 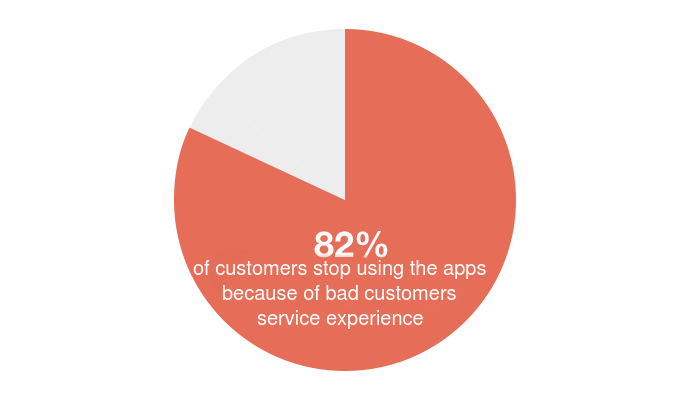 Also, it makes you aware of what features your customers like the most that you should not change during the upgrade. Otherwise, the user would stop using your app (Maybe uninstall the app) and leave negative feedback, which will take your ratings southwards.

5) Review the reviews you are getting

Getting insights out of the data is a road to epic success.

How would you get the data regarding user experience? The answer is REVIEWS.

The reviews posted on the app store or other social platforms are the treasure that elucidates what the users are thinking about your app.

Also, don't neglect the negative reviews because these critics would help you in knowing where you are lacking that you have to analyze. 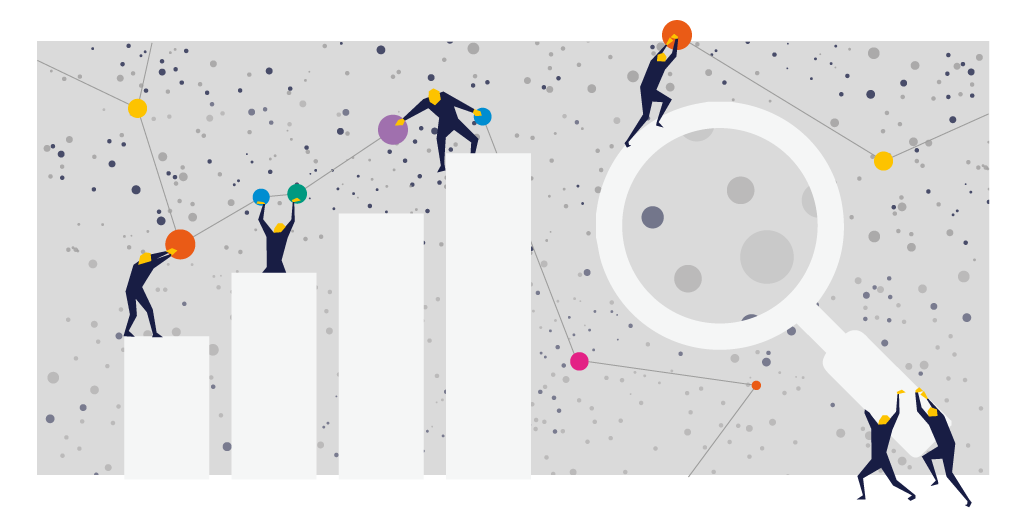 It gives a clear picture of your app from start to the end, and help you in deciding what you thing need to give more importance, the next time. This may delight your customer and you will get 5-star reviews.

Encouraging the users to write a review for the app is a very common practice, but that's pretty unacceptable.

Are you thinking to reward for reviews? It will not work anymore.

"The developers who attempt to manipulate or cheat the user reviews or chart ranking in the App Store with fake or paid reviews, or any other inappropriate methods will be removed from the iOS Developer Program."

In an endeavor of gaining five star reviews, don't try trick the app store, otherwise your app will be removed from the app store.

Remember! Every time, before downloading the app, the users take a trip to your reviews and that will leave an indelible mark on their mind.

5 star reviews create a great impression and this effect would decrease as the stars in your reviews.

So, what you all need to do is follow the steps as mentioned and enjoy the benefits when your app top the charts.

Still, I need some assistance. You can count on us.

Brainvire team would help you to optimize the existing app or for mobile app development that provides 5 star reviews and ratings.