Google search is, without a doubt, the most straightforward way to find answers to our everyday questions. It’s so commonplace that it’s become second nature to us all. It provides crucial knowledge, solves problems, aids in historical memory, and even resolves our disputes for us. Simply type in the query, and the answer will appear.

Google adequately taught its search engine to be as responsive as it is now over time. It can sufficiently recognize essential phrases in a search query and present relevant search results. On the other hand, the ordinary language gap continues significantly when such searches are extended beyond simple computers.

After all, you might not be typing your search query into a Google search bar right now. You may only use your voice to direct the Google Assistant on your Bluetooth headphones or your Google Home device. The search inputs change as the applications on various devices evolve.

As a result, Google’s process for identifying these queries is constantly changing. It must, in essence, address the distinctions in language, whether literal or figurative, flowery or straightforward, innovative or informative.

Are you looking forward to transforming your business?

We provide a robust, scalable, and secure online platform relevant to your business.

Google is interested in finding new methods to serve developers and enterprise customers. In the field of natural communication, LaMDA is a tremendous step forward.

OpenAI unveiled the all-powerful language system GPT-3 in mid-2020, which changed the globe and made the front pages of major newspapers and magazines. This remarkable technology can create fiction, poetry, music, code, and a whole lot more.

There was a chance that other major tech firms would not follow suit.

That’s when Google officials revealed their latest research and innovations at the Google I/O annual conference a few days ago. LaMDA, a conversational AI capable of having human-like conversations, was the star of the show.

In this article, We will be talking about this tech – LaMDA and its working.

Contents hide
1 What is LaMDA?
2 LaMDA is here to stay
3 LaMDA’s Progressive Capabilities
4 In a nutshell

“Language Model for Dialogue Applications” is what LaMDA stands for. LaMDA is built on the transformer architecture, which Google open-sourced in 2017. It is similar to prior models such as BERT and GPT-3. This structure enables the machine to predict text by focusing on the relationships between preceding words.

LaMDA is not different from other models extensively. There is, however, a significant difference between this technology and other chatbots. LaMDA can handle interactions that are “open-ended.” As VP Eli Collins and Senior Research Director Zoubin Ghahramani explain in their blog post, human talks have this characteristic chaotic feature.

We can start with one issue and then switch to a completely different one within a few minutes. We tend to start conversations by connecting disparate topics in unexpected ways.

LaMDA will drastically transform chatbot technology. Its open-ended nature will start in one spot and end up somewhere else. A conversation with a buddy about a TV show could turn into a discussion about the country where the show was shot before landing on an argument over the most extraordinary regional cuisine of that country.

With such capabilities, a chatbot might easily engage in honest discussions with humans. As a result, we could more naturally seek information or consult the internet.

LaMDA is here to stay

LaMDA, like its predecessor, was educated in dialogue. Chatbots can communicate about almost anything. It was trained to reduce perplexity, measuring a model’s confidence in guessing the next token. They discovered that confusion correlates strongly with human evaluation metrics like the SSA (sensibility and specificity average), which is a valuable tool for assessing chatbot competence.

LaMDA, on the other hand, went a step further. It is better at assessing reasonableness — whether a sentence makes sense in the context of a discussion — and keeping its responses specific. As the authors point out in their article, a statement like “I don’t know” isn’t always sensible, but it’s always worthless.

But, Google had other plans; it wanted LaMDA to show a high level of attention by responding with “insightful, unusual, or witty” comments. They also believe factuality to be an essential factor in chatbots. This feature is not present in systems as robust as GPT-3. It’s not enough to give entertaining responses if they’re incorrect.

In two separate meetings, Google CEO Sundar Pichai demonstrated LaMDA’s representations of Pluto and a paper plane. To alter LaMDA from mimicking Pluto to a paper plane, they didn’t need to fine-tune it for better performance.

According to our observations, LaMDA possesses the following characteristics:

In order to avoid biases and potentially harmful uses of AI systems, the IT world is fighting an ethical battle. Because Google is concerned about this, they want to prioritize “responsibility.” In systems like LaMDA, they strive to reduce gender and race prejudices, hate speech, and inaccurate information.

In the world of conversational AIs, LaMDA is the next big thing. To assess humans, it appears, we’ll have to put it to the test ourselves. But based on what we’ve seen thus far, it looks potential.

Whereas, AI in comparison with LaMDA and GPT-3, can incorporate comprehension into its conversational toolset. However, AI will require a body and the ability to exist in the real world in order to accomplish this. For the time being, wouldn’t it be fascinating to watch LaMDA and GPT-3 converse? What are your thoughts on the subject? 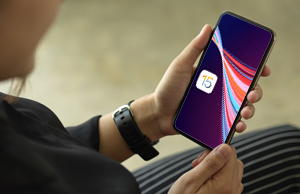 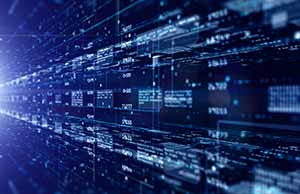 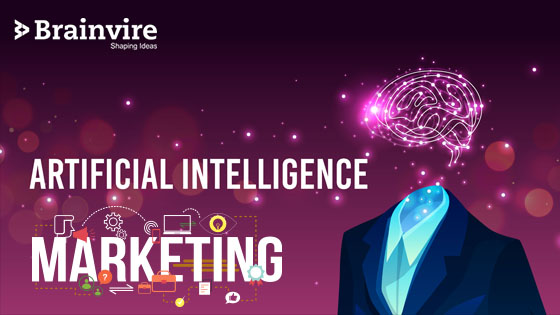 Influence of Artificial Intelligence in the Changing the Face of Marketing