Not long back, Facebook announced that its Messenger app is to have over 900 million monthly active users. The app has experienced remarkable growth in the last few months in terms of active users because of the some amazing features that Facebook has introduced to the Messenger app.

A few years ago, Facebook had rolled out file sharing feature among groups through different file sharing services like iCloud, Dropbox and Google drive, but that was inefficient and complex. 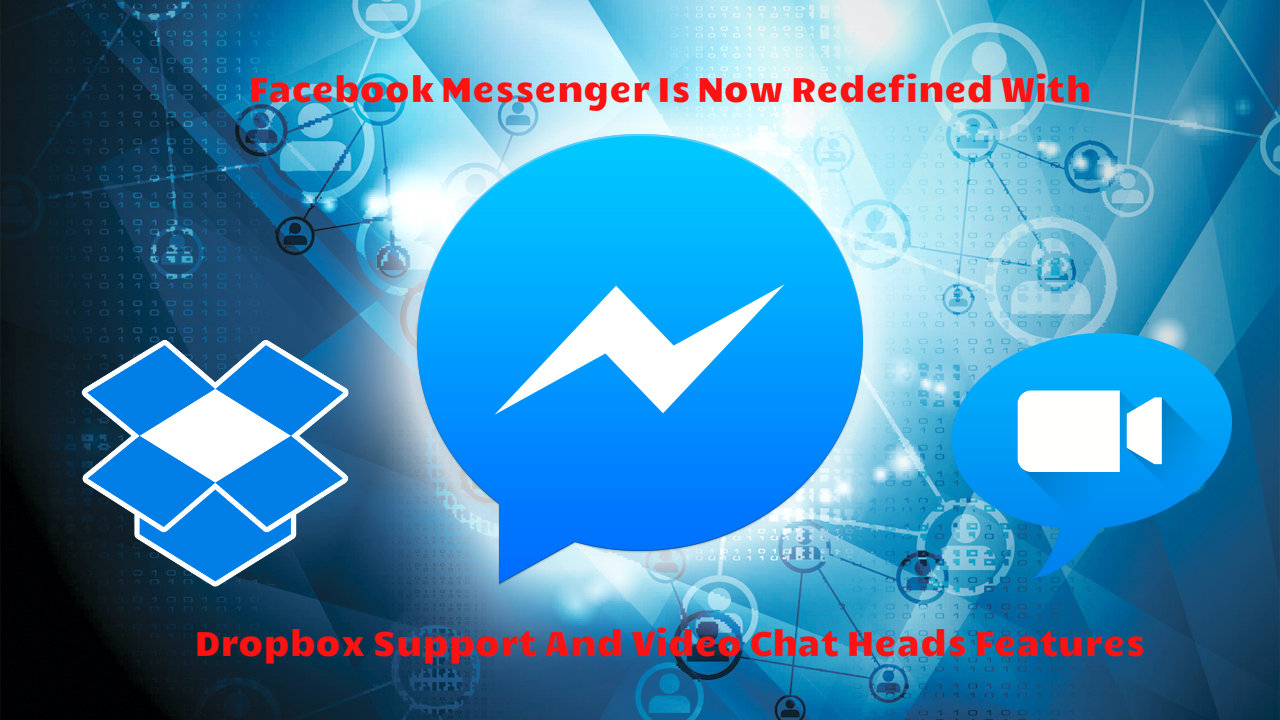 Now, the feature is upgraded. Sharing the photos, videos or documents/files has become as simple as sending an email to someone. It’s great!

To get the benefit of this feature, you need to have the latest Dropbox and Facebook Messenger app installed on your Android and iOS device.

While chatting with friends, you can pop files from Dropbox account straight into conversation without leaving the Messenger app.

Let’s see how you can get the benefit of this upcoming feature:

When you will tap on ‘More’ button in your messenger app, Dropbox would appear as an option, and then tapping on ‘Open’ will take you to the Dropbox mobile app where you can browse, preview and save the files to share. This way Facebook is just linking the Messenger app and Dropbox files, not hosting your Dropbox sensitive data.

Another feature that’s catching eyeballs is Video chat heads. Facebook Messenger app already has video chat option, but, from now onwards, user will have the alternative to switch to ‘Chat head’ interface, instead of going full screen. Not understood? Read further.

Video chat head is a new way to chat with friends where you can continue your video call with your friend through small chat head on the top-right corner alongside messaging others. Furthermore, Android users can even have video call while using other apps; just the Chat head circle will occupy their phone screen. It is making Android users multi-tasking, isn’t it? Sadly, iOS users have to wait for some time.

Facebook will soon roll out these two features on the Messenger app globally. Stay tuned with us to know more about Facebook significant updates. Also, if you are planning to get a mobile app, you can contact us. We offer the best customized mobile app development services across the world.