Android- one of the popular operating systems is dominating the global app market with billions of apps. And, android app development is a breeze, that generally every one in two developers says and considers. 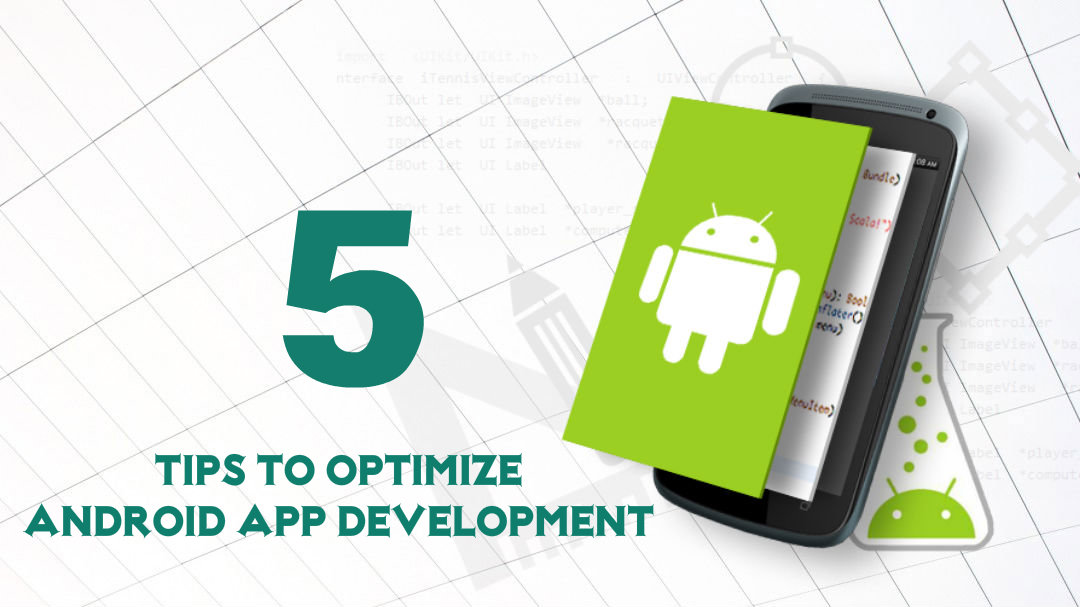 It’s true. The reason is android development can be done in various ways, but finding the best approach or tools to use is a major bottleneck. The perfect approach is all-imperative during the development to make an android app to the app store that works seamlessly.

There is a direct relationship between the method used for development and the app’s high usage. That’s high performance and smooth functioning is a way to garner epic success, for the mobile app development.

The few things that decide the apps’ success and failure:

– Reviews on the Google play store

It results into just a single thing- users will uninstall the app. The biggest nightmare! You never want this thing to happen, not even in the wildest dream.

The best way is to optimize the code and the approach you are using. Here 5 tips are rounded up that certainly improve the app performance and customer experience:

1) Leverage StringBuilder, but when?

When you want to add some strings to a single string multiple times, with ‘String’, definitely the strings get concatenated, but due to a lot of garbage collection, the task takes around 10 seconds.

Instead, if StringBuilder is used, the time will get reduced to 4 seconds. This is a big difference and equivalent impact it will create on the app performance.

The difference is because once Strings are created, they are unchangeable. Even, if an attempt to change the value of Strings is made, a new String is created.

The apps asking the users to share the location is not new. For this, the Google API is integrated that helps in gathering user’s location data. Based on the type of user location data that the app needs at a distinct frequency, the different functions are called and set.

When the app needs highly accurate location data, the function setSmallestDisplacement()can be called and distance is set so that the app will be notified about the location change only when the user gets displace to a distance that’s more than the value set.

When the app needs location data frequently or less, setInterval() function is called that update the app about the users’ location after the defined intervals.

Sometimes, the user is requested to share the location to display something over the map. Receiving the location updates can be stopped using onPause()and revoked with onResume().

The function is highly used to draw the views on the screen by running 60 frames per second. Every frame gets prepared and draws in 16 milliseconds, but just a main thread draws the view on the main screen. When the slow functions are included, there will be a drop in the frame rate that returns the Application Not Responding (ANR) dialog.

It’s also suggested to not allocate the object to the onDraw() function and prepare them in the constructor. Also, keep the practice of calling the function less often, even if it is optimized.

This is a process of automatic conversion where the Java compiler converts primitive types into objects like- converting a double to a Double, an int to an Integer, and so forth. The reverse process is termed as unboxing.

It helps in using primitive types and objects interchangeably without needing to write the extra code and perform explicit typecasting.

The refection is best to use in the situation when you want the application package to have compatibility with multiple Android versions and it helps in identifying the bottlenecks at the run time. It enables objects’ construction, fields’ access and methods invoke all at the run time.

But, still, it is less recommended because of the unsafe coding practices, strong typing loss, and reduced performance. So, the reflection needs to be used carefully and its impact should be measured in advance so that it won’t kill the app performance.

There are end numbers of ways available to optimize the android app development, and all come with their pros and cons. No such method exists that will always remain beneficial for the application.

The five tips are just the approaches, highlighting how considering and following them during app development would enable organizations and developers to make no compromise with app performance.

The leading companies that are having top-rated apps are also equally concerned about the app’s performance.

This is a green signal for you to begin leveraging the tools and adopting the ways intelligently to launch an app to the Google play store that’s high performing, consumes less battery, and load the content at speed.

Overall Benefits of Having Mobile Application for Business

Mobile Application Development – A Profitable Business For The App Developers