Since its inception in 2008, blockchain technology has disrupted many industries and sectors. It packs certain features like decentralization, immutability, and transparency that make it appealing. Blockchain is gradually gaining ground as a preferred method to store large amounts of data or assets safely on the cloud. The benefit of decentralization allows blockchain greater security, access, and usability.

Importance of the Innovation

Disintermediation: Blockchain gives transactions an unchanging nature and a distributed record design. These are key necessities for eliminating the need for an enforcer of trust in the ecosystem. Untouched data makes sure trust isn’t an issue. It permits counterparties to know that they all have the same version of truth consistently, and its history can’t be changed.

Transparency: Blockchain as a service providers gives solution technology will maintain complete transparency between participants. Blockchain usage creates an open record of the changes in the information in the ecosystem to which all market parties have access, in real-time.

Provenance: Blockchain maintains an unchanged record of transactions. In this way, it promotes asset ownership since the first time the asset initially shows up in a transaction on the blockchain. This reduces risks and the requirement for any related mitigating tasks for various asset types. This ability will decrease the instances of burglary, extortion, and misselling of high-value assets and intellectual properties. It will also help for assets where their provenance defines the value by making a digital footprint on the blockchain.

One such industry that is investing heavily in blockchain technology is the banking and finance sector.

Blockchain has exhibited potential in transforming the banking and financial industry. A PwC report stated that 24% of financial executives are familiar with blockchain, with North Americans leading the pack. Observing this growing trend, banking and finance officials are searching for ways to apply blockchain across diverse functions.

The banking and finance industries deal with the transfer of large amounts of funds on a daily basis. But, high dependence on manual data entry systems can leave them vulnerable to errors and frauds. This is where blockchain services can be useful in automating mundane tasks.

According to the Global Fintech Report 2017, 77% of Fintech institutions expect to adopt blockchain as part of their operations by 2020.

With this basic understanding of blockchain technology, let’s dive deeper into its applications in the finance and banking industry.

Blockchain is making a name for itself as a technology that can reduce fraud in the financial sector. Facts state that 45% of financial institutions like stock exchange and money transfer services are prone to frauds more than others.

Since most banks are built on a central database, they suffer from cyberattacks from a single point of failure. Once the hacker gets access to a centralized base, it’s easy to commit fraud. The need of the hour is for more secure systems that protect databases from such attacks.

Blockchain operates on a distributed database eliminating the possibility of a single point of access. Each transaction is recorded as a block with a cryptographic code that is tough to crack. Additionally, all these blocks are interlinked. This means any change in one block is showcased immediately on other blocks. Therefore, blockchain both prevents and identifies money frauds quickly.

Banks and financial establishments often worry about the increasing costs they have to incur to conform with AML and KYC norms. Both these procedures are time-consuming since they need to be performed individually by each place.

A Thomson Reuters survey stated that the average expense of these procedures ranges from $60 million to $500 million yearly. These regulations reduce money laundering and terrorist activities.

With the adoption of blockchain services, the verification of every customer will be available for different banks to use. This way the KYC procedure doesn’t need to be restarted again.

Trade finance can be challenging when transactions (as assets) must be recorded with a date and time stamp. Supply chains across the globe deal with multiple entities and products being bought and sold constantly. The paperwork involved in maintaining details is a convoluted task. Blockchain services provider can store these records in digitized shape and have them updated continuously.

Using a smart asset tracking system for the banks and financial organizations holds a lot of scope. A bank with a rich database can transform this data into valuable information for its customers.

The use of smart contracts can be useful in the banking and finance segments. A smart contract is a self-executable code that runs when certain conditions written on it are fulfilled.

Smart contracts, when used for monetary exchanges can speed up and restructure complex procedures. This will guarantee the exchange of accurate data as the exchange will be approved only if all conditions of the code are met.

Besides, as these terms are visible to all parties involved with the exchanges, the chances of errors reduce drastically.

Trade finance is viewed as one of the most valuable uses of blockchain technology in the financial industry. All the involved parties can be on-boarded on a blockchain system and the data can be shared between exporters, importers, and banks on one single database. When certain predefined conditions are met, the smart contracts will automatically execute themselves and the changes will be visible in real-time.

According to sources, an Israel-based startup has collaborated with Barclays to quicken a transaction. They can now complete a transaction, which would ordinarily take 7 to 10 days, in only 4 hours using Blockchain. When compared with the existing system, blockchain can reduce costs significantly related to overheads, ticketing, and licensing.

When a US organization raises funds through a syndicated credit, it takes 19 days for the bank to settle the exchange. During a transaction between banks or a when borrower reimburses an advance early, most of the transaction is still done by fax.

What is needed is a way to connect separate blockchains with one another so that changes to a loan’s ownership is immediately reflected in all systems. But similar to trade finance, blockchain technology cannot solve all the inefficiencies in the syndicated credit process.

Blockchain services could be profoundly transformative in the payment procedure. It would provide higher security with lower expenses to process payments among organizations, their customers, and even between banks themselves. Blockchain would dispose of a considerable number of middlemen in the payment processing framework.

With blockchain-based innovation, there would be pivotal changes within our trading platforms with a reduction in the danger of operational errors and fraud. NASDAQ and the Australian Securities Exchange are some of the entities taking a look at blockchain solutions for cutting expenses and improving efficiencies.

While blockchain has its various advantages and strong points in terms of its acceptance and features, there are a few obstacles along the way too. Blockchain poses certain challenges that are not conducive to its application in the banking and financial sector. These hindrances need to be considered for banks and financial institutions to move ahead with blockchain.

Blockchain technology isn’t limited by any global principles and guidelines that maintain a standard for it. Large businesses require interoperability. The combination of existing frameworks with a blockchain-based model is a major test today, as the present frameworks and procedures can’t be replaced completely. In case, the positive response to blockchain enables various systems to interact easily, operational functionality can be achieved.

Banks and financial institutions are places that are trusted by individuals for putting away their assets. As the transactions made on an open blockchain are freely accessible, there is a need for private blockchains. These can be useful for information-based segments to resolve issues like interoperability.

Private keys are the fundamental components of a blockchain as they assume a huge job in verifying the information of a person on the blockchain. A private key created once must be kept safely as once it is lost, it is absolutely impossible to get it back. The encryption used to store information can be cracked by discovering loopholes, making the blockchain vulnerable to hacks.

Blockchain services are secure and impenetrable as it is installed with cryptographic systems. Cryptographic systems are tough to hack. Any attempt to breach security requires a lot of calculation and coding to verify any hack. When a blockchain system is applied to any financial organization, it must be verified with various security protocols. The system should be competent enough to restrict participating authorities to control the network by virtue of the access given to them.

Depending on the necessity, the blockchain connected with such frameworks could be with permission or permissionless. People in an organization should be handled with various degrees of access permissions to spare the system from pernicious insiders and cyber hackers.

The blockchain development of existing databases is certain. Since the number of entries is increasing, the number of people is also increasing. The blockchain system must have the capacity to deal with the growing traffic while maintaining the pace of accessibility for the participants. If this technology is applied to the current financial organizations, it should be able to deal with large volumes of data.

The greater part of the current effectively running blockchain systems run on the idea of the proof-of-work component. Here, the system members are rewarded depending on how fast they solve the equation to add another square to the system. While this keeps the system working easily, it increases the consumption of energy in huge sums as computational work. This sort of computing power leaves an enormous carbon footprint that influences the environment. Before introducing Blockchain in an industry like banking, this issue should be resolved through alternate reward mechanisms.

Regardless of the strict jurisdiction around the financial and banking sector, they have begun to understand the importance of blockchain technology. Another factor is the prominence of the cryptocurrency in the present markets. The big players in the financial division have started conducting tests for finding out how blockchain can be applied for their business processes.

Besides, many organizations are also investing heavily in such research and tests conducted by startups to create blockchain-based systems. With Blockchain entering the current market scenario, a ton of issues could be resolved while making the system increasingly simple, easy to use, secure, and effective. Digital transformation in finance industry is proving to be a successful business strategy.

With this article, Brainvire tried to explore the various ways in which blockchain is useful in the financial industry to make transactions hassle-free and safer. While blockchain may have its pitfalls too, the technology is sure to disrupt the banking sector soon. 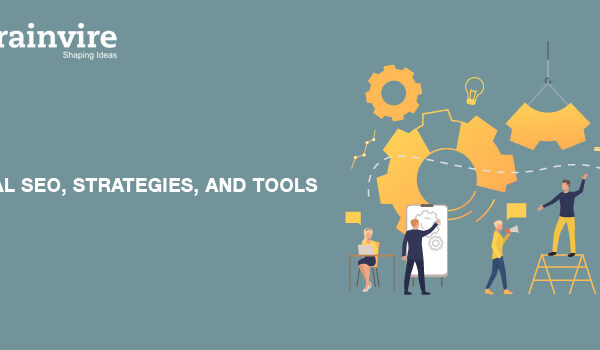 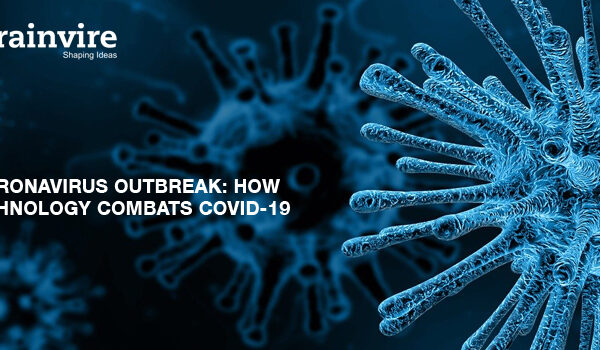 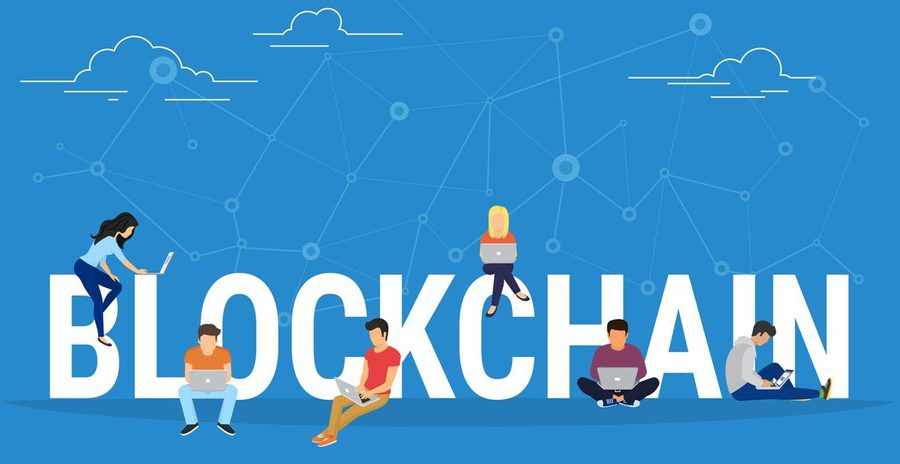 The Blockchain is the Talisman Larger Enterprises Have Anticipated!

Feel the Power of Robust Security with Blockchain and Cloud