Developing a good product requires strong backing by technologies. In addition to its use in front-end development, JavaScript’s undefeated status as a leading client-side programming language has led to its evolution to become a powerful cross-platform app development tool.

The status of JavaScript being a widely-used programming language is confirmed because 67.7 percent of web developers choose it for web application development.

Node JS embodies JavaScript’s capabilities to transform the web app development scene. It is a popular name among web developers owing to its feature-packed status.

Having said that, what exactly is Node JS?

Node JS is an open-source JavaScript run-time environment that aids in server-side programming. In addition, the cross-platform JavaScript code facilitates the development of real-time network applications.

Contents hide
1. The Inception of Node JS
2. The Market Share of Node JS
3. Pros and Cons of Node.JS
3.1. Benefits of Node JS Web App Development
4. Scalability
4.1. High Speed and Event-based Model
4.2. Used as a Single Programming Language
4.3. Reputation for Improving Performance
4.4. Big Active Community Support
5. Cons of Node JS Web Application Development
5.1. Lack of Stable API
5.2. Not Suitable for CPU-bound Tasks
5.3. The Callback Hell Issue
6. Is Node JS a framework?
7. Is node JS and JavaScript the same?
8. Node JS and Its Counterparts
8.1. Node JS vs. Ruby on Rails
8.2. Node JS vs. Python- Which one is better for web development?
9. When should Node JS be used?
10. What’s there for Node JS in the future?

The Inception of Node JS

Node JS came into being in 2009 and was quoted as the “most exciting single piece of software in the JavaScript universe.” However, its popularity witnessed a stark rise in 2017 and has continued to maintain its pace since then.

Node JS’ features make it a preferred technology among developers. Let’s show you its inside-out picture.

Pros and Cons of Node.JS

With so many choices available today, let’s analyze the reasons for Node JS’ popularity.

Developers often need to carry out complex actions to add features to an existing app. With Node JS, scaling the application horizontally or vertically becomes relatively easy. Node JS developers can do this by adding nodes to the available system. Not only this, the platform creates the opportunity to add more resources to each node for vertical scaling.

Node’s asynchronous programming and non-blocking nature empower it to carry out minor tasks in the background without affecting the core thread. In addition to this single-threaded event-based loop, the Google V8 engine it uses is the quickest JavaScript engine. It deploys the JavaScript code into machine code, creating room for fast processing.

Used as a Single Programming Language

Writing the server-side applications in JavaScript gives Node JS developers the chance to use the same language on the front-end and back-end, giving it the status of full-stack. Due to this, they don’t need to use an additional server-side programming language. Thus, it simplifies the deployment of web applications. Also, it means that there is no need to hire a different developer for the front-end and back-end.

Giants like Walmart, Amazon, Netflix, LinkedIn, eBay, PayPal, Uber, NASA, and Tumblr use Node JS, which is an impressive feat in itself.

The vast community backing Node makes it a big yes for the developers. If developers get stuck with an issue at any point in time, they can deal with it with the help of Node’s active community that comprises thousands of programmers worldwide. It essentially means that a developer can get an open JavaScript source code for any web application development need.

Like every technology, Node JS development comes with a few disadvantages. Let’s acquaint you with them to simplify your decision-making ordeal.

Not Suitable for CPU-bound Tasks

When Node receives a CPU-bound task, i.e., when the event loop receives a heavy request, Node JS assigns the available CPU to process it on priority, followed by the other queued-up requests. Thus, it leads to overall delayed processing affecting the single-threaded event loop.

A callback is a function that is performed after the completion of a task. Running too many callbacks in the background can cause their intertwining. Unclean codes or bad code structures add to the asynchronous programming to propagate it.

Now that you are acquainted with the pros and cons of Node JS development, let’s help you understand more about Node JS application development and where it stands compared to its counterparts.

Is Node JS a framework?

No. Although many people call it a framework. Technically, it is neither a framework nor a programming language but an open-source JS run-time environment based on the asynchronous programming model. It helps in executing JavaScript code outside a browser.

The memory consumption of Node JS over time

Is node JS and JavaScript the same?

Node JS and Its Counterparts

Node JS vs. Ruby on Rails

The freedom that Node JS offers to develop web applications and software is commendable. On these grounds, this full-stack JS gets the upper hand on Ruby on Rails when specific guidelines are imposed. Moreover, it means that you can start building everything from scratch while developing an app.

Node JS vs. Python- Which one is better for web development?

Python is a high-level programming language. In contrast, Node JS is a run-time environment. Both of them are open-source.

The implications of Node JS

Node surpasses Python in terms of speed, thanks to its V8 engine. As a result of this, web applications created using Python are slower than those using Node JS. Also, Node is a hands-down winner in terms of the scalability of applications.

When should Node JS be used?

Now that you have ample knowledge of Node JS and are considering using it for your next web application development project, let’s help you understand some of the situations where Node JS development acts as the best fit.

Quick responses are ideal for communicating with other players and running complex functions.

They are light in weight and yet demand versatility, best offered by Node JS.

Platforms that require streaming are the best fit for leveraging Node JS’ benefits.

Node JS development is ideal for apps that have several offerings and user profiles.

What’s there for Node JS in the future?

With giants making it a foundation of their online presence, the future of this popular JavaScript framework is bright. According to research, its downloads crossed the astounding 1-billion-mark back in 2018. Moreover, its single-threaded event model makes way for flexibility, scalability, and top-notch performance, attributing it as a full-stack JS platform that more enterprises will adopt in the future.

If you have made up your mind to leverage Node JS’ power for your next web application development venture, entrust this critical task to Brainvire, a  renowned Node JS development company with two decades of experience in successfully serving clients. 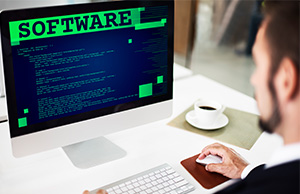 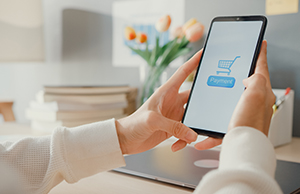 All New Security Level for Node.js to Protect Ecommerce Website 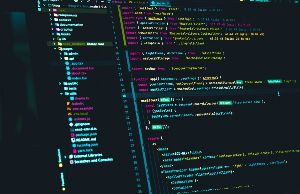 What is NodeJS and Why You Should Use It For Enterprise Apps?

Top 10 Security Solutions for Node.js Risks that you can’t ignore