Talking About Types of Android Application Development Kits, As on July 2014, there are more than 1.5 million Android applications developed solely for Android OS phones & the number is increasing each passing day as more & more user shift to Android apps rapidly. Today, Android has over 26 billion downloads by various developer like magento developers , laravel developers , e commerce developers , wordpress developer community & it is used by over 70% of the developers around the world for designing in Android mobile applications. Android today captures 74% of the market share in the smartphones market as on August 2014.

The following graph shows the number of available applications on google play.

The following graph shows the number of new regular and low-quality apps that were added per month. 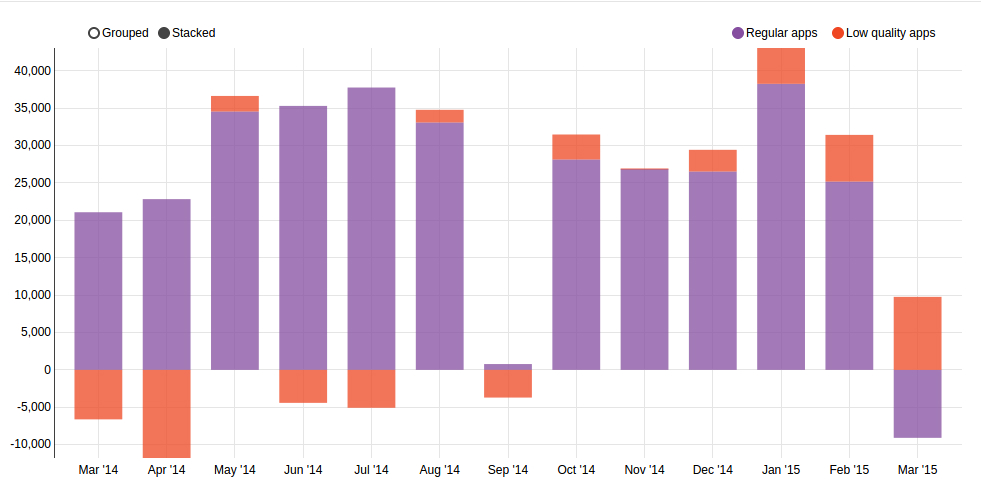 Its a comprehensive set of tools available for developers around the world which comprises of sample codes, tutorial materials, debugging files, libraries to name a few. The SDK is currently not available on Android phones but applications can be designed specifically for them to suit as per the tastes of the consumers. Currently, it’s supported for Linux, Mac OS X version 10 & above & Windows XP OS’es. As of date, Android Studio developed by Google is the official Integrated Development Environment (IDE) which is offered to developers to devise customized Android application development solutions to clients. Extensions & enhancements to the features are offered in Android SDK & they go hand in hand with the overall Android application development process. Development tools can be downloaded & tested by the developers to check the compatibility. Android applications (in Android SDK) are saved in .apk format & they are stored in their respective Android OS folders on the device. The folders are accessible only to the root users for security reasons.

Android Debug Bridge (ADB)
Talking About Types of Android Application Development Kits, It’s a toolkit that comes with Android SDK package & consists of both clients as well as server-side programs that communicate with each other effectively. ADB can be accessed through commands in the interface & contains many GUI’s which can be controlled in an ADB.

Fast boot
In short, it can enhance the booting abilities of the device. Some of the fast boot commands in Android SDK include – erase, reboot & format.

Its libraries are written in C, C++ & other compiler languages & it can be installed by developers using the Android Native Development Kit. Android NDK classes can be called from Java (to be precise). Android documentation states that Android NDK should not be used solely for designing mobile apps because they increase the complexities & most applications won’t benefit from it as they are traditional/native in nature.

The Android Open Accessory Development Kit has been provided to developers from Android 3.1 versions and above which allows USB hardware to interact with Android-powered phones when it is primarily in the “Accessory Mode”. The so-called as the connected accessory acts as a USB host & the device acts as a USB device in this scenario. OADK allows to detect Android devices that are in “Accessory Mode” only (& not in any other mode).

Talking About Types of Android Application Development Kits, With all the above interesting features, it makes sense for developers to offer customized solutions in the Android application development process & offer services as per their tastes & preferences which best suits their business requirements. 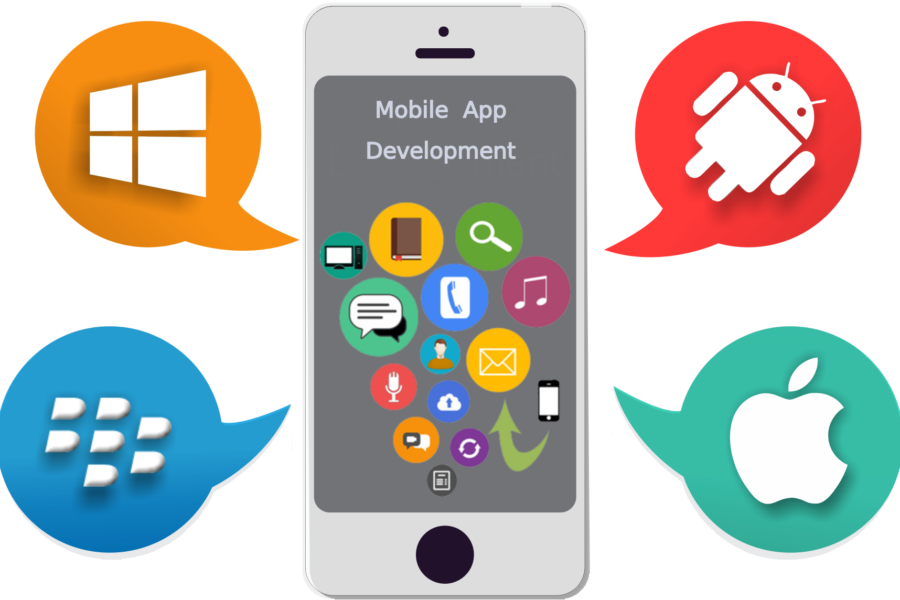 Some Features That Could Make Your Mobile App A Success

Mobile App – A Necessity for all Businesses!

Things You Need To Know About Windows 8.1 Update