In this data-driven world, where data is growing twice as fast, high-end databases are becoming increasingly powerful and necessitating the ability to adapt to the changes in real-time. This is where the MongoDB Change Streams feature comes into play.

The Change Streams feature of MongoDB facilitates you to stream data in real-time. Applications that use MongoDB’s Change Streams, based on its aggregation framework, can monitor data changes on databases or even collections. As a result, it improves the database’s real-time capabilities even further.

An Insight into MongoDB

MongoDB is the most wanted database by the developers for the past four years.

Why do developers choose MongoDB today, and why do so many others want to get started with it?

MongoDB is a document-based distributed database curated for building modern application development. It is a high-speed NoSQL database that stores data in a non-relational format.

MongoDB’s basic data unit is a set of defined key-value pairs that enable documents to have diverse fields and functions known as  BSON. BSON (Binary JSON) can also be used to interact with MongoDB data in the documents.

Ready Get Started With MongoDB?

MongoDB collects the data in the form of objects that are typically called documents. These documents are stored in collections, which work similarly to tables in relational databases.

MongoDB is preferred due to its high scalability, flexibility, robustness, and lack of a requirement to use a defined schema across all stored documents, allowing them to have distinct fields.

MongoDB Change Streams monitor real-time data modifications in the database, collection, and an entire deployment process, enabling you to respond to these changes instantly. It empowers users to detect changes without trying to supervise the operational record continually.

MongoDB Change Streams are constructed over an aggregation framework that enables applications to filter and modify notifications.

When using MongoDB Change Streams, you must first create a replica set. A Replica Set is a collection of daemon processes for a group of data that guarantees data distribution and replication throughout multiple servers.

This indicates that data, particularly in the case of a server failure or other issues with the user experience.

MongoDB employs a technique known as sharding to replicate data across multiple machines while maintaining high data rates even when dealing with large datasets. The nodes that result from this process are referred to as sharded clusters.

Changes could be processed to provide hearing applications with targeted and relevant adjustments. For example, filters can be based on operation type or document fields.

MongoDB 3.6 includes a global logical clock, which allows the server to prioritize all changes across the sharded cluster. As a result, changes will always be applied to applications in the order in which they have been implemented to the database.

Only a large percentage of changes are included in change streams. This implies that any change detected by listening applications is permanent in failure scenarios such as creating a new primary.

Change streams are secure because users can only create change streams on collections to which they have read access.

Change streams are well-known – the API syntax is independent of the underlying log format and uses the established MongoDB drivers and query language.

All changes are converted into a format that can be used repeatedly. Because reapplying operations are safe and will result in the same stable state, listening applications can use a resume token from any prior change stream event, not just the most recent one.

Only sharded clusters and replica sets are supported:

Engine: The WiredTiger storage engine is the preferred option for replica sets and shared clusters. More information about WiredTiger can be found here.

Enabling Read Concern: If you’re using MongoDB 4.0, you should facilitate a significant proportion of reading issues to use the Change Streams. MongoDB Change Streams are accessible in both forms beginning with v4.2, and there is no requirement to allow them.

Change Streams can be defined using collection_name.watch() method as follows:

The watch mechanism will signal every right to the collection. Its specifications are aggregation pipelines. This helps users identify which portions of the data they are most willing to participate in, allowing them to control the Change Stream outputs.

Most innovative learning drivers can be utilized and consume Change Streams.

This blog explains how to find an effective way of leveraging the power of MongoDB Change Streams to monitor changes and have efficient and real-time streaming. With data growing at the speed of light, controlling such a massive quantity of data in real scenarios can be cumbersome. Hence, having an entirely automated, no-code solution that helps monitor data effortlessly with minimal supervision.

MongoDB Change Streams makes it easier to integrate the frontend and backend in a real-time and systematic fashion. This option enables you to use MongoDB for the pub/sub model, eliminating the need to oversee Kafka or RabbitMQ deployments. In case the application’s need is real-time data, you should investigate MongoDB’s real-time feature. I hope this post has helped you get started with MongoDB change 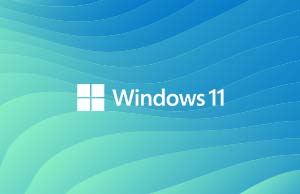 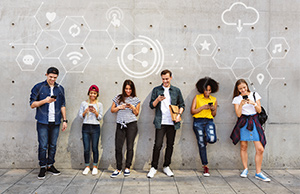 In What Ways Does MongoDB Surpass Its Competitors?

Why Business Are Moving Ahead With MongoDB?