With the advancement in mobile technology, there are plenty of different kinds of mobile devices and new mobile operating systems coming into the market every day. Such a huge growth of mobile technology has geared up the mobile application development among the businesses. While the developers were having a few numbers of mobile operating systems like Apple, BlackBerry and Windows mobile earlier, today they have plenty of choices available when it comes to developing a mobile app.

In this blog post, we will discuss different ways through which you can make maximum money from your mobile application development venture.

One of the most profitable businesses today!

If you Google around, you will find that most of the popular app stores like the Apple App Store, the Google Android Market, RIM’s App World, and more have made trillions of  Dollars in terms of profit over the past few years. Mobile applications have emerged as an effective marketing tool for the businesses to market and promote their products and services. Also, it encourages social sharing of the information and let the users maintain your brand identity at their fingertips.

First and most important thing to note is that the mobile app market is growing at a rapid rate and brings a huge scope for the developers as well as for the businesses to achieve desired success and stay ahead of the competitors without investing a huge amount of time and money. You can find plenty of successful mobile apps who have helped developers make the maximum amount of revenue from their mobile application development ventures.

What could be a success formula for the developers?

You may find thousands of popular apps in the market that have been downloaded millions of times by the mobile users. However, there are very rare apps that have actually helped developers to leverage from huge revenues,  so the question is, how to generate more revenues?

Well, if you’ve noticed some of the popular mobile apps, they’ve added an advertising bar in its successor versions. This is the main source of generating revenues for the developers.

There is no denying that the success of any application depends on the number of users using it and the amount of time spent on it. If you take the example of Angry Bird, you will find that the company has had years of experience in developing mobile apps. The development team was primarily focusing on delivering engaging apps to the mobile users in the form of a game. Later on, the company came out with consistent updates and also released free versions of the updates which then were adopted by the target audience. Today, Angry Birds is much more than a mere mobile app – it has become a brand name that has been known across the world.

Getting associated with the mobile brands and carriers… 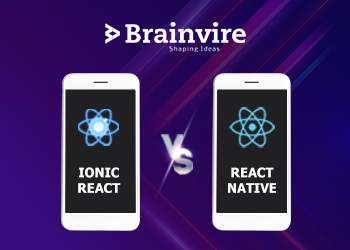 How To Get Started With On Demand App Services

Titanium And PhoneGap – Know About The Difference In The Features