Talking About Envisaging the future of Work: Robotic Process Automation (RPA), A few years ago, the automation has just entered in the enterprises to spark a revolutionary approach, entirely. And this is the time when industries are getting their hands on the complete automation through the technical solution.

With the advent of Artificial Intelligence and digitalization, each and every industry is meant to make most of the technology by applying significant digitalized manner in process and transaction. Advanced concepts in enterprise mobility solution and robotic automation have denoted our welcome in the world of automation.

Strategies like Business Process Automation (BPA) and Business Process Engineering (BPE) have derived from the prospects of AI to bring the integrated application across the enterprises. These advanced strategies may carry the unmatched and well-aligned performances that provide values.

RPA (Robotic Automation Process): What EXACTLY is it?

It means a software application by which robotic performance can be achieved and above all, it works like a ‘robot’. It uses a robust software architecture that works as a ‘robot’ for the wide-ranging transactions that are being processed. It is the same modular design in which the humans interact with any user interface of the computer system.

With the human operated UI, firms have started using RPA in order to reduce human interactions with the computer systems. Impacting the dynamic digital revolution, RPA has the center point as the automation evolution.

Talking About Envisaging the future of Work: Robotic Process Automation (RPA), To reduce the repetitive and uninteresting task like data entries into the system, instead of human, the software robot going to take care of this transfer of data into the system. This is only one example. It is more quick and efficient in terms of processing the monotonous task that is carried out by enterprise regularly.

It facilitates all the interaction like human with the entire system as well as with the individual systems. It has brought a major concept of “workforce Virtualization” to the ground to simplify the implication of technology.

To maintain the high volume of transactional data, this Robotics Automation Process has proven its significance by applying it in the enterprises processes. The strong impact of RPA has pertained highly effective risk management along with hierarchical controlled level in the finance industry.

It is far beyond from traditional and conventional solutions for handling the processes. The chief significant points acquiring RPA into the industries are:

The Data and Value driven approach:

Starting from regular data entries to the manipulated data and information track sheet, the newly introduced level of AI, RPA is the biggest influencer. Rather occupy the human force into easy task such as data entries; the robotic automation process enables the planned requirement of human in other transactions such as analysis, decision making, strategy formation and judgmental deliberation of work across the organization.

The software interaction with other systems has showed that a lot of IoT and AI Intelligence get the diversified operations done.

Advanced Automation through the broader concept of AI

Talking About Envisaging the future of Work: Robotic Process Automation (RPA), RPA tools are coming up with great efficiency and a firm integration that does not require much skill to operate.

The RPA has applied in sectors where IoT and AI jointly made automated environment across the enterprise. The application of IoT along with the usage of AI can gradually be converted into robotic automation process to let the software interact with the system. 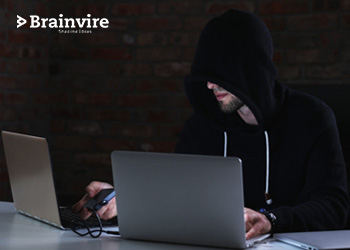 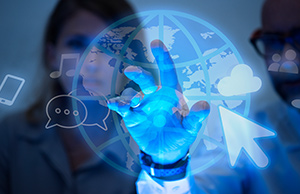 Ease Your Business Process Through A Serverless Architecture