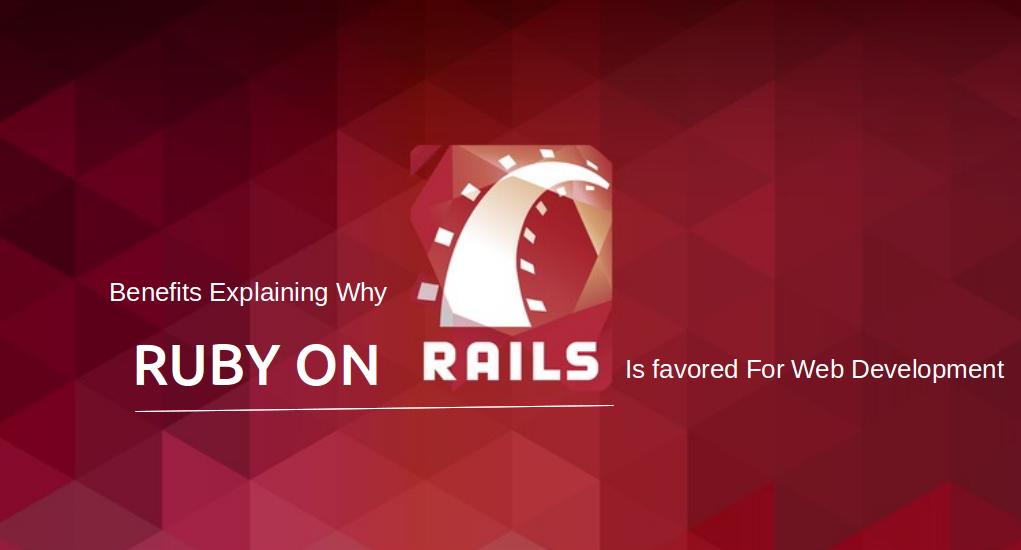 Though, mobile applications had taken a giant leap with its boundless growth, but the kingdom of websites is not yet endangered. Still, website is a great medium to enhance the business online presence, get hold of larger audience and take the business to the new level.

Learning the web app development is difficult, but the innovation of new tools, APIs and frameworks have made web development easier, effortless, scalable and more fun.

Rails on Ruby is exactly such an open source web development framework that’s built over Ruby is backed by large community and over 4200 people have contributed code for it. The framework boasts to be leveraged by big names- amazon web services, GitHub, Zendesk, Airbnb, Twitch, Shopify, SoundCloud and Hulu in the website development because of the advantages it offers.

A few days back, Ruby on Rails 5.0 RC 1 previewbra is released to make the framework more powerful with added functionality. The ability to carry out complex functions easily and arsenal of services make it a top choice for the millions of companies across the globe.

Let’s outline the advantages Ruby on Rails offers to know why it has always been a preference to develop and design the websites easily.

Sometimes, the code contains some bugs or there are major flaws that requires code need to written again and no changes can be made in it. Using Ruby on Rails, no such problem emerge as it allows developers to do the correction with simple coding techniques and whole code re-writing is not necessary. Consequently, no matter how many developers would change while writing a single web application code, the project will be delivered on time by doing simple modifications.

Writing a simple and user-friendly code literally takes a lot of time. Ruby on Rails is much beneficial in this case as it is packed with ready-to use tools that ends the complex process of writing and checking the code is good or bad.

Being an open source framework that runs on Linux makes Ruby on Rails a perfect package that without bearing any extra cost, enables web app development a breeze.

As aforementioned, Ruby on Rails has large online community where the developers with good experience in web application development share the knowledge and provide necessary guidance using DevOps. The novice Ruby on Rails developers can also start web development by taking the required help from the huge platform.