80+ Mobile Marketing Statistics for 2020 and further

In the course of just 5 years, innovation in technology has promised us a world full of opportunities in the palm of our hands. The inception of the first iPhone has enabled us to harness the power of the internet on the go. Desktop traffic has systematically moved towards smartphones. Due to this alarming convenience, usage and adoption of smartphones have skyrocketed, making the world more digitized. 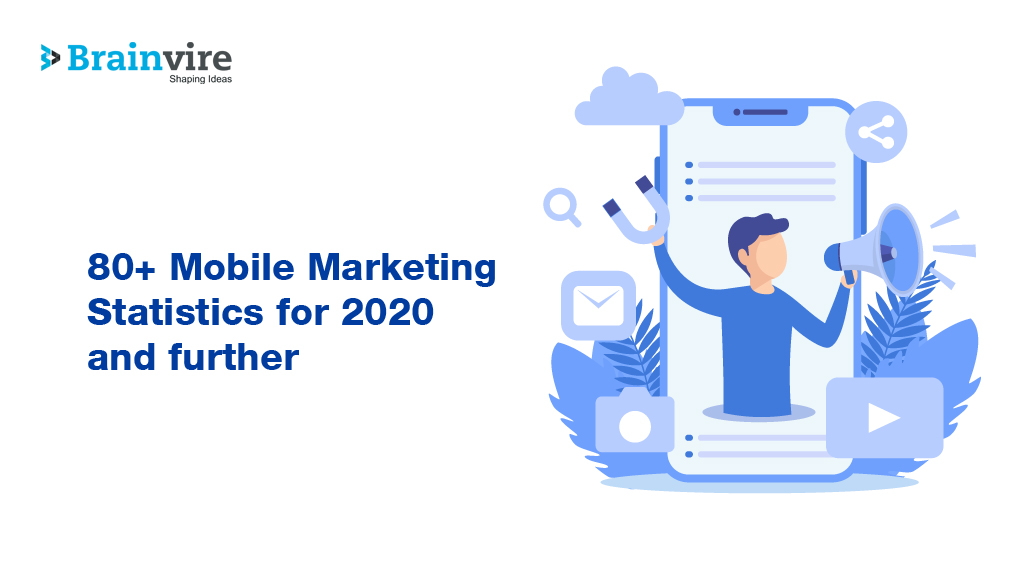 What is Mobile Marketing?

Mobile marketing is generally the skill of using mobile-specific platforms to market your business to appeal to mobile device users. Mobile-based marketing uses a multi-channel digital marketing strategy that aims to reach your target audience on their mobile devices, including smartphones and tablets, among others, in multiple ways. Some of these ways include emails, application-based advertising, SMS, pop up ads in the browser, etc.

PPC mobile advertising showcases promising results only when the advertiser understands the target audience using mobile devices. Apart from that, content designing and taking mobile platforms into consideration is another skill set the advertiser must develop. 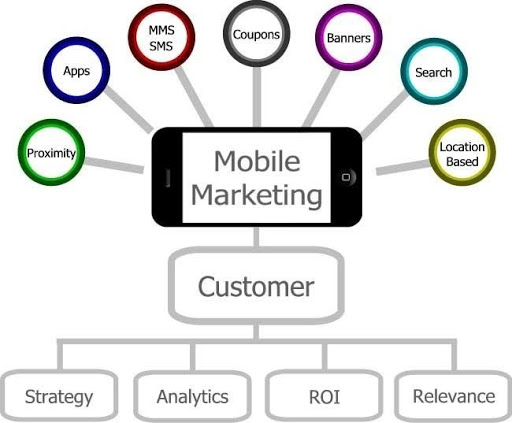 Here are stats that precisely describes the effectiveness of mobile marketing and internet activity:

What % Of Online Traffic is Mobile?

#2: Up to 60% of digital media is hosted by different mobile platforms like tablets and smartphones in the US.

#3: In 2018, 3.7 billion people accessed the internet through a mobile device, according to Statista, which is more than 50% of the world population.

#4: Smartphones are expected to account for about two-thirds of global mobile connections. Each day, approximately 5.5 billion smartphones are used across the globe. 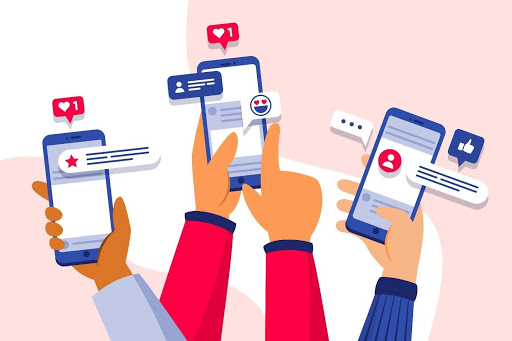 #5: Over 4.33 billion smartphone users are active on the internet across the globe.

#6: 57% of the world's population has access to the internet.

#8: Google Chrome browser has a share of 62.3% in the mobile internet browser market, making it an indisputable leader. (StatCounter Global Stats, 2019).

The internet has become the wishing well for opportunities for every business owner. One of the primary reasons contributing to this catapulting internet usage is the massive adoption of smartphones. Pretty much overnight, the web has gone from a technical marvel to a business must, thanks to mobile phones.

How many people are using smartphones to access social media platforms?

The demand for mobile-friendly content across social media is rapidly increasing, and justifiably so. 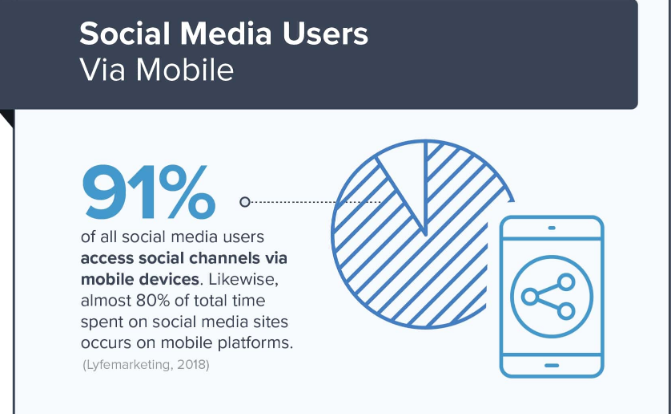 #12: 48% of buyers in almost all industry verticals use mobiles as the first point of contact to initiate their search.

#13: 69% of 18 to 39 year-olds use mobile devices to research products before purchasing them.

#14: More than 50% of paid-search clicks account to mobile devices.

Statistics for Mobile Usage Among Gen Z And Teenagers:

#16: Around 20% of millennials open an app on their mobile device at least 50 times every day.

#17: An average of 3 hours of videos is browsed online by teenagers daily.

#21: 51% of all teens have an active presence on at least one of the social networking apps.

#23: A friend's recommendation is the most influential factor for teenagers to make a purchase online. This suggests an exponential potential for social media marketing. 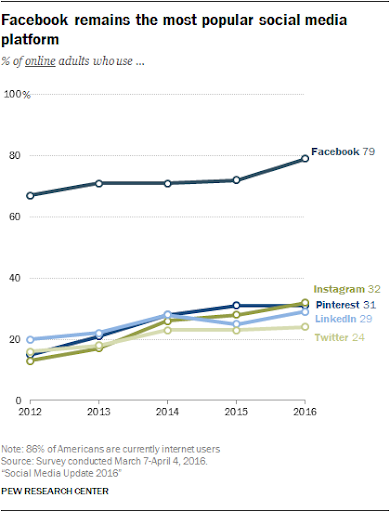 How often are mobile users to read email?

#26: More than half of the consumers check their email on the go. Approximately 75% of Americans tend to use their smartphones most often to check emails.

#28: More than 30% of companies have started creating mobile-responsive email templates.

#29: Above 60% of all email recipients tend to use mobile devices for checking emails.

In the age of rapid marketing, the development of increasingly nuanced online strategies has led to a thrust of companies entering the mobile marketing scene. It has allowed many businesses to compete with more prominent brands, enable attention capturing through messaging, and gain the loyalty of their customers through the maintenance of consumer relationships. Due to the impressive favorability among customers, today’s most successful businesses heed to the following twelve key statistics that may surprise you.

#36: 98% of all text messages are opened, it takes an average person approximately 90 seconds to respond to a text message.

#37: Instagram makes around $595 million per year in mobile ad revenue. According to TechCrunch, Instagram accounts for approximately 28% of Facebook’s mobile advertising revenue.

#38: 93% of Facebook’s total Q1 2019  ad revenue consisted of mobile advertising revenue. This suggests that marketers and advertisers are assigning more than half their budget to mobile marketing.

#39: Facebook and other social media companies’ primary source of income is through advertisement. In the US, digital advertising spending registered all-time high spending of USD 77.89 billion by 2019.

#40: Boston Consulting Group released a report which suggested that 80% of B2B buyers use mobile devices at their workplace.

#41: The same study has further revealed that around 42% of rising was noted in the revenue. This is attributable to an increase in B2B queries, leads, traffic, as well as transactions.

#42: Boston Consulting Group’s report also revealed that the use of mobile for B2B has accelerated the time to purchase by 20%. 90% of buyers are more likely to buy from the same vendor granted they had a great mobile purchasing experience.

#43: In a study, Google has stated that many leaders in the B2B market have successfully driven 40% of their total revenue through mobile phones.

#44: More than 50% of search queries specific to B2B verticals are traced back to smartphones. This number is anticipated to cross 70% by the end of 2020.

#45: It was noted that the watch time of videos with “does it work” titles grew more than 11 times. Consumers seek out visual proof of the items’ worth, which has supported such staggering growth.

#46: More than 90% of participants in a survey led by Facebook use a smartphone while watching television. Around 1 million people participated in this survey.

#47: The survey further revealed that people only focus on around 53% of the time on the tv screen.

#48: When TV shows aired, viewers used mobile phones for 28% of the total time.

#49: During TV ads, viewers used mobile phones for more than 50% of the time.

#52: Videos that had the word ‘review’ in the title had more than 50,000 years' worth of watch time in only the last 2 years. This watch time was recorded on mobile devices alone.

#53: More than 50% of videos are streamed on smartphones.

#54: More than 90% of Twitter videos are watched on a smartphone.

#55: Around 42% of all smartphone brand experiences involve search.

#56: 79% of overall keywords rank differently in a search conducted on mobile as compared to a search performed on the desktop.

#57: 47% of keywords that rank in 1 to 20 ranks separately when searched in mobile vs. desktop search results.

#58: 35% of the results that rank on the first page rank differently on a smartphone as compared to desktop results.

#59: Mobile website visits are abandoned approximately 53% of the time if the site’s load time is longer than 3 seconds.

#60: For each second’s lag in load time, conversion on a mobile responsive site falls by 12%.

#61: An average mobile responsive webpage has a load time of 15.3 seconds.

#62: More than 70% of smartphone users are known to use their device’s search engine first to address immediate queries.

#63: “Same-day shipping” related searches on mobile devices are known to spike early in the morning.

#64: More than 50% of searches that are related to services, maintenance, and auto parts are tracked to cell phones.

#65: In the last two years,  Google has witnessed a whopping 150% hike in searches that end with the phrase ‘to avoid.’ All these searches were tracked back to mobile devices.

#66: More than 30% of all mobile-based searches are also location-based.

#67: Google aids 96% of the search traffic coming from mobile devices. On the other hand, Yahoo caters to 2%, with Bing catering to the remaining 1%.

#68: Google Search is also the most popular mobile app in the United States.

#69: Mobile devices accounted for more than 61.9% of Google’s paid-search clicks.

#70: Close to 50% of online shoppers resort to an online product search which is conducted from their smartphones.

#71: More than 50% of consumers use their mobile devices to search for different and upcoming brands and products.

#72: Smartphone ads lead more than 50% of users to engage in a new product search.

#73: Nearly 3/4th of all mobile searches result in the user taking an online action, generally within an hour.

#74: More than 80% of mobile phone users demand a seamless experience across all devices.

#75: More than half of the companies that hold an online presence resort to using a simple template that is responsive to all devices.

#76: As compared to other platforms, LinkedIn showcases a stark 277% hike in the effectiveness of lead generation.

#77: 60% of the traffic on LinkedIn comes from smartphones.

#78: 89% of a mobile device’s media time is accounted for by applications.

#79: On the other hand, the other 11% of mobile media time is spent on websites.

#80: Approximately 50% of small businesses own a mobile-based application.

#81: 80% growth is noted in mobile searches that include ‘best’ in the keywords in the past 2 years.

#82: Approximately 70% of smartphone users confess that they are likely to make a purchase from companies that have mobile sites and cater to frequently asked questions and queries.

#84: 57% of users claim that they won’t recommend a business that has a poorly designed mobile website.