A Teaser of Laravel 5.3 – Watch Out What This New Version Gets With It 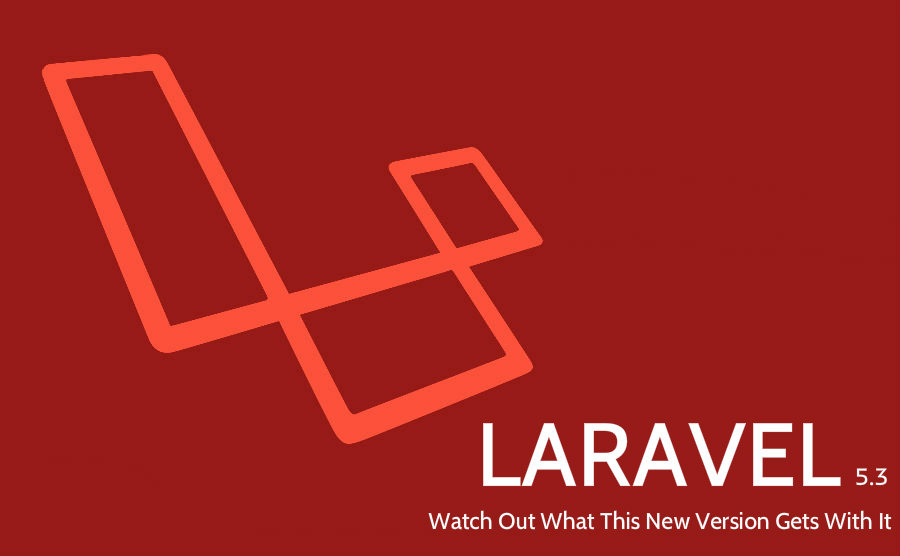 Laravel has taken up PHP community by storm since it’s initial developments. It’s a dream framework for a developer who loves to code neatly and like to develop reusable and uncomplicated codes. It’s simple. It’s easy. It’s just a perfect PHP development framework that supports rapid application development to save time for the developers and the businesses. Laravel development today is all about using tools and methods like composer, artisan, restful routing and much more to add up to the efficiency of the development process and ease the tasks of the developers.

Laravel is just like any other PHP framework that gets on updated with new releases that are just the improved versions of their predecessors. The most recent and major update that is making all the talks around and is said to be released in around June of this year is Laravel 5.3.

Here’s a short teaser to show what features are anticipated to come out as the BIG Update Laravel 5.3 unveils this year. Are you ready for it? Then let’s start…

The Implicit Controller Routes are No More…

Finally, it’s the end of the implicit controller routes in Laravel. Yes, you will not require to use Route:: controller in Laravel 5.3. No longer confusing route definitions or problems of unexpected route definitions. This method will instead be available as a package. Hence, a developer or a user can decide for himself whether he wants to keep using or use explicit route definitions during Laravel development.

Query Builder will No Longer return an Array

The query builder, get() method in 5.3 version of Laravel is expected to return a collection value instead of an array. Hence, if you are expecting an array out of DB::get() method in your application then you would need to update your call to be as DB: :get() ->all instead of simple DB::get().

Using query builder in this way makes it more consistent with Eloquent and helps in development with cleaner code that a regular get statements like collect(DB::table(‘posts’)->get()).

Functions That No Longer Exist

The traditional methods like Str::randomBytes and Str::equals will seek no existence in Laravel 5.3. Instead one can use native methods like random_bytes() and hash_equals() for the purpose. While array_build() helper method is completed said to be ejected from the framework, lists() method is said to be removed from Eloquent builder, Query Builder and Collections as pluck() method gets on to the bias for use directly.

One of the best features you can expect in Laravel 5.3 is its collection filtering ability using where() via operators. In case, if no operator is provided then the method performs loose comparison.
======<=>=<><>!=!==
All the above operators can be used here with where() method.
Model::firstOrCreate() method

You can now pass on parameters or additional values for Model::firstOrCreate() method. Here the method first checks out the relevancy of parameter added in the method and hence, if not existing will create a new entity with given parameter.

Here, in this case, if the user with the given id is found, it will be returned orelse a new user with that id will be created and moreover, the avatar of that user will also be created.
Hence, Laravel 5.3 is full of exciting features like the ones stated above. Watch out for its release and get hands on it for better Laravel development process with trending development tactics.
Look out for the best Laravel development services by experts updated with latest technology skills and knowledge. Just hire us and get customized development services at reasonable price.