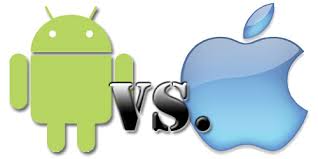 The days are gone when we were thinking that it would be impossible for any other mobile app store to beat the Apple App Store, but with the recent success of Android Market has changed the equations. As more ‘n’ more companies or businesses are approaching to a professional Android development company in India, trade pundits and analysts are seeing strong growth of the Android market in the near future.

According to a new report from research firm Strategy Analytics, global Smartphone shipment grew almost 47% in the second quarter of the year 2013. Android has captured a record high market share of 80% while iOS is at its all time low of 14%. These figures show that Android is going to lead the app market for a long time.

The question is: “Why Android Market has superseded the Apple App Store?” Well, there are many reasons behind it. In this article, we’re going to see the reasons why Android Market is now ruling the app market.

Here’re the reasons why Android Market is having a clear advantage over the Apple App Store:

Getting into the Android Market is a lot more easier

Apart from all these, Apple never sticks to its rules and regulations and there are a few areas regarding the app submission that has become a pain for the developers.

On the other hand, it is very easy for the developers to get their apps approved in the Android market with the help of its simple rules and regulations for app submission. This is something that makes Android more popular among the developers as compared to the Apple’s App Store.

Of course, Android Market is full of “Free” apps, but many people think that it decreases the chances for a developer to make some money. However, it is not at all a truth. With the help of in-app advertising, developers can easily earn some smart money. Moreover,

Google is trying hard to enable users to purchase from within the apps, which will help developers to generate more revenues.

Developing and getting an app approved on the popular app stores is a dream of every developer. Creating a compelling app is not a kid’s toy. A developer spends months to shape it up, but sometimes developers feel unfriendly attitude towards them from the app stores. Apple has even set rules on the development tools to be used in order to develop apps for the iOS.

On the other hand, Android developers never face such issues for the submission of apps in the Android Market. Android believes in the openness, which help developers to deliver high quality apps.

Apart from all these, Google is trying hard to improve the Android payment system in order to provide more options to the developers as well as customers.

There is no doubt that Apple’s products are popular across the U.S.A. and the rest of the world, but recent market shares of both of the app market giant show that Android Market is running ahead from Apple, and it will rule the app market for a long time!

Do you wish to have your own Android App? Allow us, a custom Android application development company in India to help you out!