How ASP.NET vNEXT Has Reimagined The App Development? 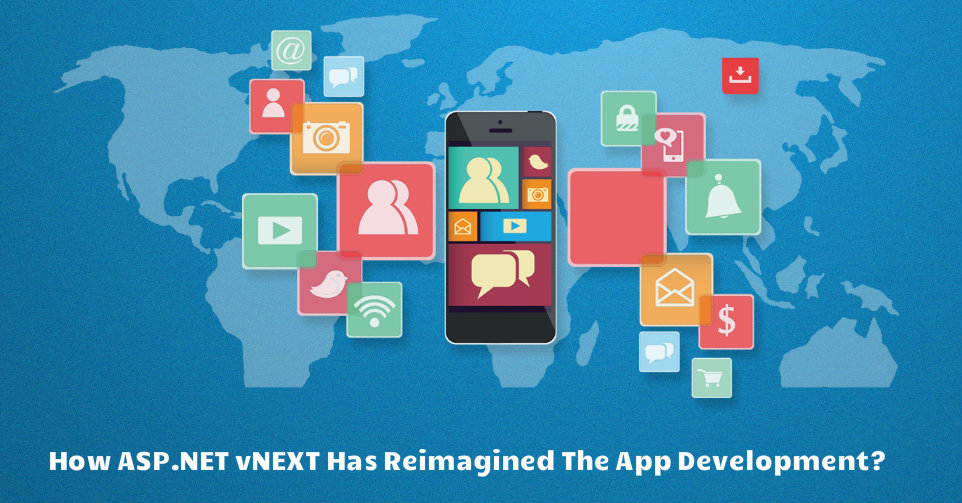 ASP.NET framework- the by-product of Microsoft that’s popularly known for building high-performance applications across the globe.

Since its initial release, the framework has been upgraded many times and with every upgrade, it becomes powerful to address the challenges of changing web development ecosystem. Its latest release, ASP.NET vNEXT has created a huge buzz in the app development market and live up to its much-created hype.

ASP.NET vNEXT is the general name given to the ASP.NET 5. It’s been said that the platform is changed from the ground up after the fifth version release.

It is claimed that the ASP.NET vNEXT app development will revolutionize the app world by providing the apps that perform better, consume low resources, improve scalability and economic in cloud hosting scenes.

Excited to know what’s new there in the ASP.NET vNEXT? Let’s take a quick look at this:

ASP.NET vNEXT stack is actually built from the scratch in a modular fashion that’s asynchronous, extensible, leaner and modular. However, the concept of high-level frameworks such as SignalR, MVC and WebAPI will not be changed.

The breaking changes that are the part of ASP.NET vNEXT are:

For a long time, the ASP.NET community is striving to get one ASP.NET vision where the same code pattern will work for various technologies. The release made it possible by combining Web API, MVC, Web Pages and SignalR into one framework and alleviating the need of using System.web.

The CoreCLR version won’t store anything in Global Assembly Cache, but on the same machine, installing multiple versions machine side-by-side is possible. This version is known as cloud-optimized version as it enables generation of high output with low memory usage.

ASP.NET vNEXT applications enjoy great benefits of simpler deployment, cross-platform deployment, and no version conflicts with CoreCLR. However, the decision to target CoreCLR need to be made in the early stages of app development so that no Full CLR dependencies to be included in the code.

At the end, you will reap just advantages as CoreCLR runs seamlessly with very less memory as opposed to previous versions of ASP.NET.

The re-write of ASP.NET vNEXT change the toolset of Roslyn and thus, the compilation process is modified.

Moving ahead with a cloud-optimized framework disable the access to some APIs, but it comes with a lot of benefits. When the cloud-optimized framework is leveraged, the copy of CoreCLR with the website can be included. In future, there is no need to upgrade the .net core application development services on the complete machine for just one website.

Furthermore, the various versions of the CLR for distinct websites can be run side by side, and it’s not needed to disclose that Core CLR is termed as resource efficient optimization.

The next generation of ASP.NET will certainly the bright future of ASP.NET development. In the blog, just the surface of ASP.NET vNEXT is scratched, that’s illustrating the endeavors made by Microsoft.

The new era of ASP.NET has something good that’s waiting for the businesses to try the hands on them. Let’s wait up till the ASP.NET 5 framework gets out of the Microsoft door to lend you a hand. Till then, stay tuned with us to know more about ASP.NET vNEXT.