Bet You Never Know the Five Differences between Wireframe and Mockup

From road mapping to the final app development involves a series of processes. Let’s dig deeper and know what the things are.

As already discussed, before the app get built, the development team and the client sit altogether, brainstorm the app idea, and then development proceeds.

Before actually starting the app development, wireframe, mockups and sometimes prototypes is designed by the team to define their understanding of the complete project. This is the crucial step that saves a lot of time, efforts and economically viable as well, otherwise the end result would be waning. 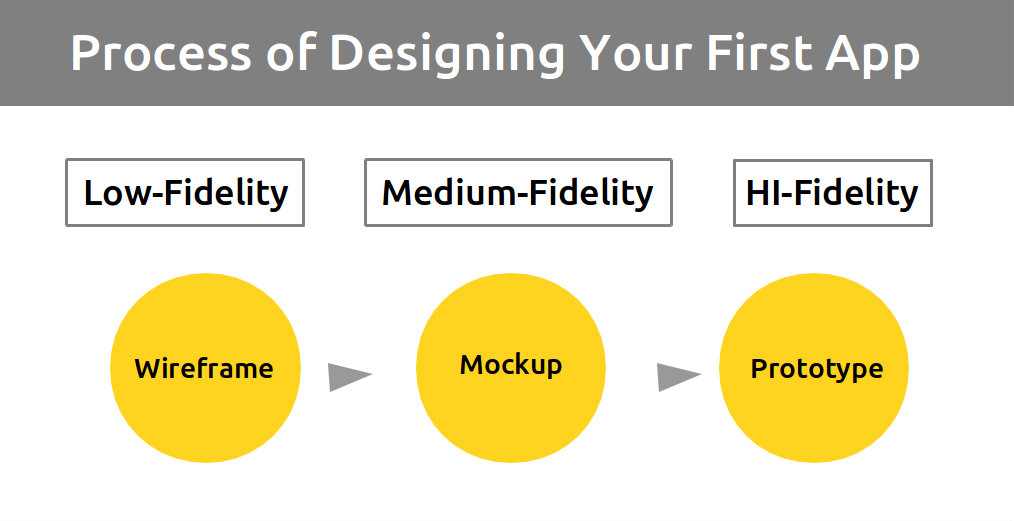 However, many times, the customers or coding team mess up with these three terms-- wireframe, mockup and prototype. All the three terms are the different stages of development and there is very thin line among the three.

Although distinguishing prototype from the rest of the two is quite easy, but when it comes to differentiate wireframes and mockups, most of us left unanswered.

Here are the key differences between mockup and wireframe that will not muddy the water anymore:

As opposed to wireframe, in mock-ups, more use of images, colors, logos, fonts and texts is involved. At the end, mock-up is the static map of the app to be build.

For instance, the wireframe is the blueprint of bike that gives a rough idea of how the bike will look that’s a 2D model on the paper. And, mock-up is the creation of non-functioning model of the bike, which provides more realistic view of it.

2) Identify the errors at first:

Akin to wireframes, making changes in the mock-up does not require much effort. Finding errors in the wireframes is easy, but unless one don’t visualize the app in a more realistic way, hunting the errors is arduous. Here mock-up would help.

The reason is the mock-up would uncover the visual elements and project the visual view of the application. When the client is not approve of something or find any error, then revisions in the mock-up without any coding or programming is pretty quick and easy.

Wireframe better translate the idea into a flat design that’s easy to understand, but one is unable to preview the look and feel of the app. On the other side, mock-up communicate what the exact idea is and how it will appear in near future. Both of them serve different purpose and communicate different things distinctively.

Certainly, wireframes are the low-fidelity representation of the application and that can be made in less time and budget. While, mock-up development includes graphical representation that demands comparatively larger time and efforts.

Wireframe is the initial stage where just sketch of the app is designed that don’t give an estimate of what type of tools and technologies need to be used. Instead, in mock-ups, the requirement become crystal clear and team could assess whether they had the required talent and necessary infrastructure in place or not.

Epilogue
I hope the question- “Wireframe = Mock-up?” that’s hammering your mind is perfectly answered, and you are pretty clear about what the two are and what’s the difference between these two. Either you are planning for the mobile app development or have an app idea, don’t forget to consider these important steps to not let the worse happen.