While software application development is becoming a pivotal component among the enterprises and organizations to streamline their business process, testing software applications for quality has become equally important for the businesses. Most of the businesses approach professional software testing services. When we talk about software testing, the first thing would come in your mind would be to choose the right kind of testing approach, whether to go for Static Testing or choose dynamic testing.

What is Static Testing?

Static testing is nothing but a white box testing technique in which the developers verify or test their code with the help of checklist to find errors within the code. This kind of testing can be performed without running the real application or software developed. It checks for the sanity of the code, algorithm or documents.

The main objective of this kind of testing is to enhance the quality of the software being developed by finding errors in the early stages of the development.

What about Dynamic Testing?

Well, dynamic testing is totally different than static testing. It involves working with the open source project management software or application being developed, giving input values and verifying if the output is up to the mark and fulfill the requirements or not. The main objective to perform this testing is to make sure that the developed application or software works in conformance with the business requirements. It is also known as validation testing!

How both of them are different?

• It is possible to perform static testing even before the compilation starts, but dynamic testing can be performed only after compilation.

• When we talk about statement coverage, the static testing covers more area than that of the dynamic testing within a less time.

So, in the above article, we’ve discussed what is static testing and dynamic testing. Also, we’ve discussed how both of these testing methods different from each other. So, which one is suitable for your project? Which one you’re going to choose? Are you planning to leverage from the professional software testing services? Share your views in the comments…!

Brainvire to Be Part of the ODOO Roadshow Irvine! 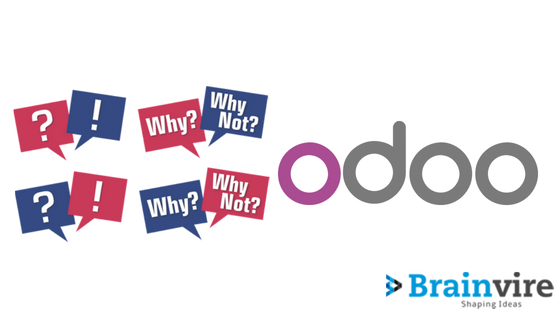 Why is Odoo ERP A Perfect Fit for Your Business?