Node.js, PHP, and Java – the debate continues! It’s almost impossible to end this debate on a concluding note.

Why are we saying this?

The debate is – Which of these three technologies is best for web development?

Instead, the question should be ‘which technology you should choose for your web development project to get the most benefits’.

Can you spot the slight difference between the two questions?

In the technology world, it’s not about being the ‘best’. It is about what’s best suited for a given project. If you approach any Node.js development company for your project, they will consult you on the same thing.

That said, let’s dig deeper into what Node.js, PHP, and Java bring to the table for businesses like you. We’ll discuss a general overview of these technologies, followed by their advantages and disadvantages.

In the end, you will be able to decide on one of these technologies for your next project.

Node.js is a runtime that allows the execution of JavaScript on the server-side. This is the technical definition but what’s for the layman? Node.js is a runtime environment that includes everything required to execute a program written using Javascript.

First released in 2009, Node.js is now an open-source community project developed and maintained by the Node.js Foundation. At Brainvire, we offer the best Node.js development services to help you make the most of this technology.

Today, you can do much more with Javascript than simply making interactive websites. It has the ability to accomplish things that other scripting languages like Python can do. Its popularity among developers is visible in this graph –

In 2020, Java will celebrate its 24th birthday. It continues to be one of the most popular programming languages used for developing server-side applications. It’s a practical choice for developing Android apps as Java can be used to create highly functional programs and platforms.

Created by Sun Microsystems, it was acquired by Oracle, which still owns and develops it. As an object-oriented compiled language, Java derives its syntax from C++. This programming language does not require a specific hardware infrastructure and has a good level of security.

Nearly 90 percent of Fortune 500 firms and other industry leaders use Java to stay ahead in their business. Some of them are shown in this image.

PHP (Hypertext Preprocessor) is a server-side, open-source scripting language. Developed in 1994 by Rasmus Lerdorf, it has come a long way in web development.

A survey done by W3Tech shows that almost 79% of the websites are developed using PHP. The ever-increasing popularity of content management systems (CMS) like Drupal, Shopify, WordPress, and WooCommerce signifies how PHP has covered the backend under its wings.

So this was all about the overview of these three technologies. Now, let’s compare them. Remember, this comparison is not to show which of them is best. Rather, it’s for your easier understanding and decision-making.

Wait for a second! Are we trying to compare the incomparable? Java is a programming language whereas Node.js is a runtime.

If we zoom out a bit, we can see how Java has evolved into a complete ecosystem with its own plugins, libraries, APIs, as well as a runtime environment and a virtual machine. Thus, we can make a comparison.

We’ll first compare the advantages of Java over Node.js and then vice-versa.

Let’s explore the advantages of Java as a backend programming language.

Java is loved for its “Write Once, Run Anywhere” approach. This means the code written in Java can be run on any platform, irrespective of where it was originally created. Such kind of platform independence is due to Java Virtual Machine (JVM), the environment where Java code is executed.

Before JVM, the developers wrote all software for a particular operating system. JVM was a breakthrough as it allowed the software to be run on any hardware or operating system where JVM is installed. The JVM helps the platform read the Java source code without using any special compilers. But other languages require compilers.

On the other hand, Node.js has modules that are specific to the operating system. When you want to run the software on another platform, you will have to rebuild the modules and ensure they are compatible with the new OS.

Java has a powerhouse of libraries containing reusable code components. These libraries are a great time-saving tool and can encompass the knowledge of the vast Java community.

Most of the libraries are open-source. They are supported and updated by experienced Java developers. The collection covers all the programming aspects including general-purpose libraries such as Apache Commons, XML parsing libraries, JAXB, unit testing libraries, JUnit, and thousands more.

If we talk about Node.js, it has modules that are similar to JavaScript libraries. Some of the in-built modules are –

The modular structure is an advantage of Node.js and allows the user to save time and achieve ease of modification and scaling. But the quality of Java libraries is still considered to be better.

Both Node.js and Java have their IDEs, but those of Java’s are better. Java developers prefer tools such as Eclipse, IntelliJ IDEA, and NetBeans that come with integrated debuggers, decompilers, and servers.

Each Java IDE is a complete ecosystem, supporting all stages of backend code creation. In each IDE, you can write your code, edit and debug it, build your software through Software development outsourcing, and then test it easily.

Node.js developers use just plain text editors and command lines to write their code. Some prefer the Visual Studio Code that supports JavaScript and Node.js in general.

There are some well-performing Node.js IDEs on the market, too. For example, WebStorm comes with smart coding assistance and error checking, and Eclipse Che has teamwork support.

Java uses a multi-threaded webserver to process each request in a separate thread. Multi-threading helps in performing several tasks simultaneously without queueing the events.

Multi-thread processing is crucial in CPU-intensive applications, such as video streaming, image editing, etc. In Java, multi-threading is in-built, while other languages demand additional procedures for each operating system to enable this kind of processing.

Node.js is single-threaded. The events are queued and processed one by one. This approach negatively impacts the performance of Node.js applications and makes it a suboptimal choice for large, CPU-heavy products.

We should note that Node.js is working on implementing the multi-threaded mode. But the solution called “worker threads” does not create a truly multithreaded process. It still has a single thread with new processes that can share memory and exchange messages.

In the previous section, we have some of the drawbacks of Node.js. But it’s not completely bad. So it’s time to shed light on its positive aspects that have earned the appreciation of JavaScript developers globally.

Node.js was the first tool that allowed the use of JavaScript on the backend. This creates a more seamless infrastructure.

By using JavaScript on both server-side and client-side, it is easier to migrate the code if needed. Since the language is the same, the logic originally created for the browser will run on the server with minimal adaptations.

Java, in turn, is a backend language with a different requirement for frontend development. Some of the Java-specific frontend tools are JavaFX and Swing, but they cannot provide the same code uniformity as Node.js does.

Both Node.js and Java are built to execute requests asynchronously, which makes the apps built with these tools highly scalable. The requests can be executed in parallel, and there is no need to wait until the previous ones are completed.

However, Node.js shows better horizontal scalability. At the same time, its vertical scalability is not as great. Due to its single-threaded nature, the thread uses a single core only. For multi-core systems, you should use the cluster module to create child processes using all cores. But running a cluster might be a very memory-consuming solution.

In this aspect, Java does not scale very well. It shows optimal performance with a certain number of servers, but at some point, adding more servers does not give the expected results w.r.t. performance.

Node.js has a shorter learning curve than Java, so getting started is quicker. Besides, it’s easier to share knowledge within the team when everybody knows JavaScript. You can observe this if you visit any Node.js development company.

This was the comparison of Java and Node.js. Now, let’s check how Node.js fares as compared to PHP.

We’ll compare the two of them based on different factors such as practical application, development, hosting, and others.

When a developer does coding in PHP, the experience is significantly quicker and also simpler when compared to Node.js. This is mainly because there is absolutely no need to include compilers or converters. The language sets up a simple connection to the SQL database and has no hosting confinements.

Node.js is significantly complicated. The deployment of frameworks and applications in Node.js requires a more complex preparation and server infrastructure.

Many hosting services support the PHP language as compared to Node.js. This makes the deployment and integration of PHP easier than Node, which needs a virtual server with SSH access for running applications.

PHP works well with a MySQL database and offers support to a range of database forms like PostgreSQL and MariaDB. The code functions well with databases regardless of the engines used.

Node.js has various libraries for getting to SQL. It uses JSON to connect with another type of NoSQL database.

While a PHP project can be configured to support JSON, it is more useful to use Javascript as you get one code for both the browser and the server.

PHP is stable and reliable in terms of performance as compared to the Javascript framework. However, after comparing both the environments in the above image, you will see that Node.js stands out to be a lot faster than PHP, due to the following USPs:

Which Technology Should You Choose for Your Next Web Project?

Now is the right time to answer this question for you and many other businesses. You have already gone through the advantages and disadvantages of Java, Node.js, and PHP. You now have an idea of what each of them can achieve for your business.

Here is a table showing which technology to choose for a particular type of project.

To conclude, all three technologies are good for web development. In the end, it all comes down to what your requirements are.  Understanding the business and project logic will give you a clear idea for choosing the right technology platform for a particular project.
Also, one more thing to consider is the proficiency and skills of the programmers using a particular technology. At Brainvire, we offer Node.js development services, PHP solutions, and Java development services. You can get in touch with us to hire node js developer and we will provide you with the best possible guidance. 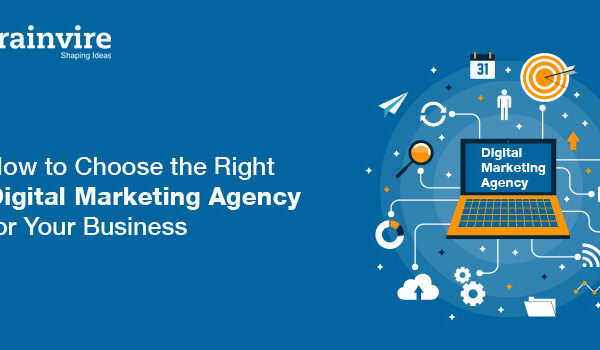 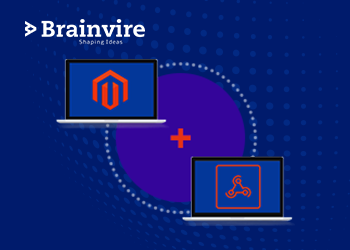 What Your Need to Know About Magento 2 Webhooks Notifications 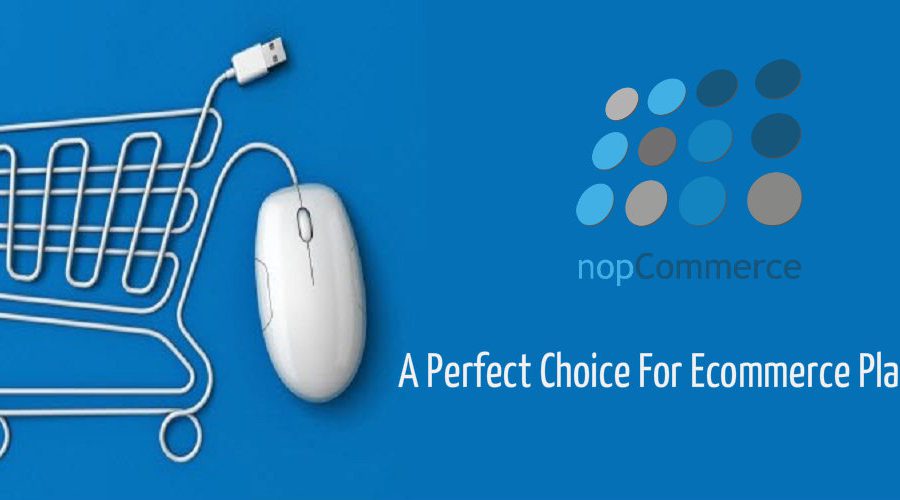 What Makes NopCommerce A Perfect Choice For Ecommerce Platform?