Developing PHP Application? The Inadvertent Errors You Should Abstain

Rewind your tapes. Long back when you started learning how to ride a bicycle the same has had happened.

Even, after becoming a champ in riding a bicycle, you might have fallen off. It’s plausible, right?

The same happen with the developers when they begin programming. No matter what the technology, framework or API they are using, but mistakes occur. Finding a developer who always code correctly with no single bug in the application is improbable.

The mistakes are likely to happen. Yes, that’s true, but the magnitude of the errors and its impact would vary. At times, these mistakes can be easily recognized and rectified, but sometimes, the bugs completely break down the project.

The above two are the two different possible scenarios that shorten the life of any project, if handled carelessly.

These errors prove to be devastating for the enterprise app development.

Presently, instead of delving into the depth of advanced technology, still the businesses prefer to leverage the old technology- PHP. 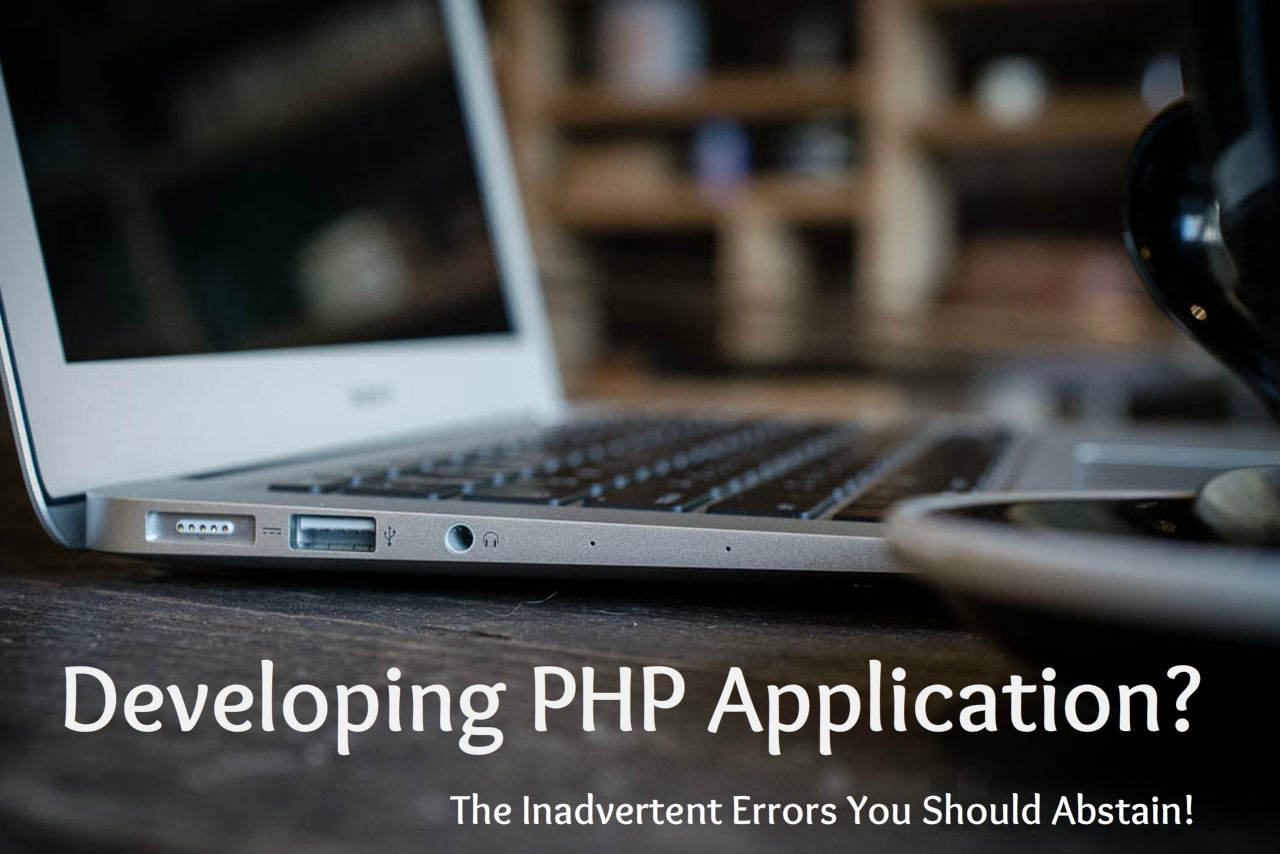 So our PHP development team from their PHP app development experience ground up the minor errors that PHP professionals commit mistakenly, which is bad for the enterprise application development and cannot be ignored. Here they are:

1) Don’t overload RAM! Let it to take the breath:

This is surprising, but correct.

When the PHP code is written, it puts a burden over the computer’s processor and kills the memory.

How is it possible?

Every time, when the PHP code is written to execute the loops, the new classes are created that in turn create more attributes. The attributes get stored in the RAM (computer’s memory) and thereby computer’s processing get slowed down. That’s why the code is not preferred that builds new classes during loop execution.

2) The simple difference that actually creates a difference:

The single quotes and double quotes are used in the code to serve the same purpose for concatenating the two strings, but it works distinctively.

When the strings are concatenated with double quotes, a host of escaped characters are interpreted and there is no need to use the dot (Period) to separate the code in the strings.

With single quotes, whatever written inside the single quotes is simply considered as a plain string. Also PHP doesn’t interpret the string and consider it as it is. If the developer want the string written in single quote to be evaluated, then escaping it with a back slash \' is done.

Both perform their respective functions that they are expected to do, but single quotes are more preferred because it works faster as the number of lines needed to write the code are reduced.

For instance: During programming, when coding is done such a way-

And, then it is executed by writing echo $sock; query, the results would be hello all.

Instead, if echo $rock; query is executed, then the results would be hello $apple.

When a database is used in the application, then having database caching is of vital importance. It becomes more useful when the code is completely written. That’s why during PHP application development, the caching system is highly recommended.

4) Not aware of isset() actual behavior:

The isset() function is a popular tool to reduce the complexity of coding process and simplify the execution process, especially for the novice PHP coders.

The function returns false for null values and if the item does not exist. This feature creates a problem and make the logic flawed.

For instance: If the below code is written to check whether a pineapple is set into an apple or not. But, if $apple [‘pineapple’] does not exist or its value is set to null, then isset() will return false. However, the logic is not impeccable because the null symbol is already there.

If isset () does not return null values or exists, then it will return true. This way the developer can easily check pineapple is set into an apple or not.

5) Paying no heed to coding standards- the blunder mistake!

There are five PHP standards- Autoloading Standard, Basic Coding Standard, Coding Style Guide, Logger Interface and Autoloader that are considered as most important to follow while PHP programming.

However, more often they are ignored during the PHP development which proves to be disastrous for the projects. Such projects have a big room for a lot of problems.

The PHP program written without following coding standards is inconsistent, challenging to navigate, don’t work, cannot be enhanced or maintained and even difficult to debug.

This way the overall productivity of the team get impacted due to the time wastage in unnecessary efforts.

PHP, the server side scripting language is known for scalable, dynamic and robust app development at ease. Right?

These benefits soothe the developers, but sometimes the comfort of easy development, leave the dead ends that ruins the project efficacy.

By pondering over the key points described above, the basic issues can be addressed efficiently.

Mastering the PHP slip ups, PHP coding superheroes can ensure the PHP apps they engineer and deliver are completely flawless.