Microsoft Message queue was initially released by the Microsoft as a queue that stores the message, which is accessible through API. MSMQ (Microsoft Messaging queue) enable the various application to communicate in a same or distributed environment on a reliable network across various operating systems.

The system.messaging library is leveraged in the ASP.NET to interface with MSMQ. At first, the message queue is created using the MSMQ management tools, and then messages are put on the queue in the application. By using the Microsoft power bi platform you can add more features. 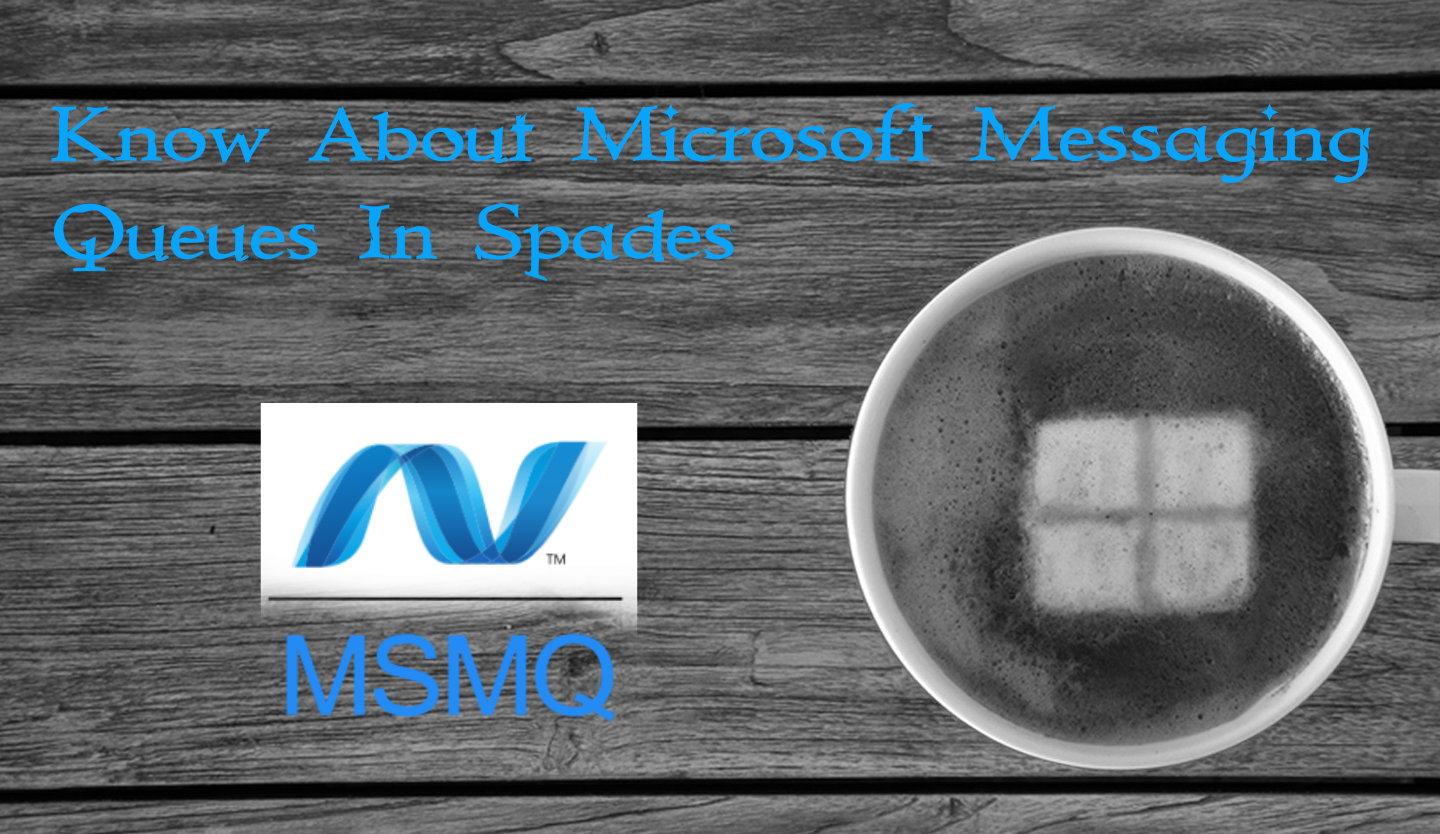 All in all, MSMQ are considered as the brokers that connect the producers and consumers between whom the messages have to be exchanged.

MSMQ guarantee the message delivery even when the message recipient is not available, and it supports message encryption and user authentication for security purpose. Besides, the MSMQ allow the priority-based messaging where messages priority can be set accordingly.

Leading enterprises are preferring the message queuing technology over others. Let’s take a look at the features of the MSMQ:

Active server pages applications can also leverage all the features of message queues using ActiveX controls, that’s considered as one of the efficient ways for messaging applications deployment.

The applications’ clients don’t need to have a copy of the MSMQ client or browser on their system to access the application. To let the active server pages application use MSMQ, first of all on an active server file pages, the browsers clients makes a request, then MSMQ ActiveX objects are called within the script file, which is used to manage queues, send or receive messages.

Later, the information provided by the objects are displayed back to the browser client in the form of a dynamic HTML page. 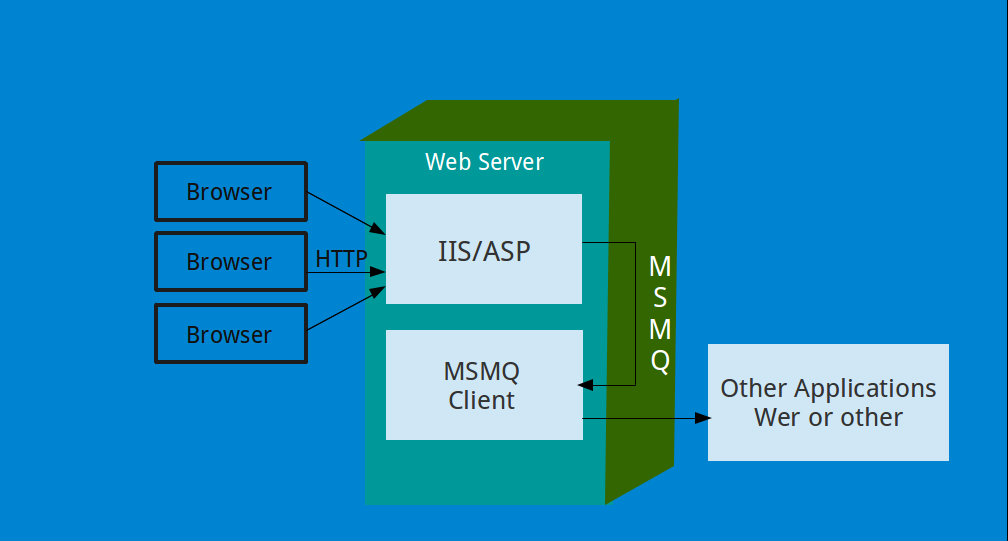 With MSMQ, the users have three delivery options namely memory based, transaction based or disk based for the transmission of the messages.

Following transaction delivery, the messages send using disk delivery method, but they must be received by the recipient having ACID characteristics such as the message must be delivered in order, exactly one at a time without any delay.

Initially, MSMQ was developed for Windows systems, but later it started supporting the non-windows clients and platforms as well.

MSMQ is not specifically designed for a platform, while it provides freedom from the platform and the protocols to follow. Any system can be reached through the network, acts as a client, and understands the MSMQ messaging protocol.

No matter, what platform, system or applications are in use, the developers can get the benefit of MSMQ features.

Across the enterprise, PEC is liable to maintain the configuration of all the systems and hold the certification keys that validate the messages in the system. The site controller stores the computers and messaging queues information. The messaging router route the message from one system to another while holding the messages to send from sender to receiver. The message router can deliver the message using any delivery options. 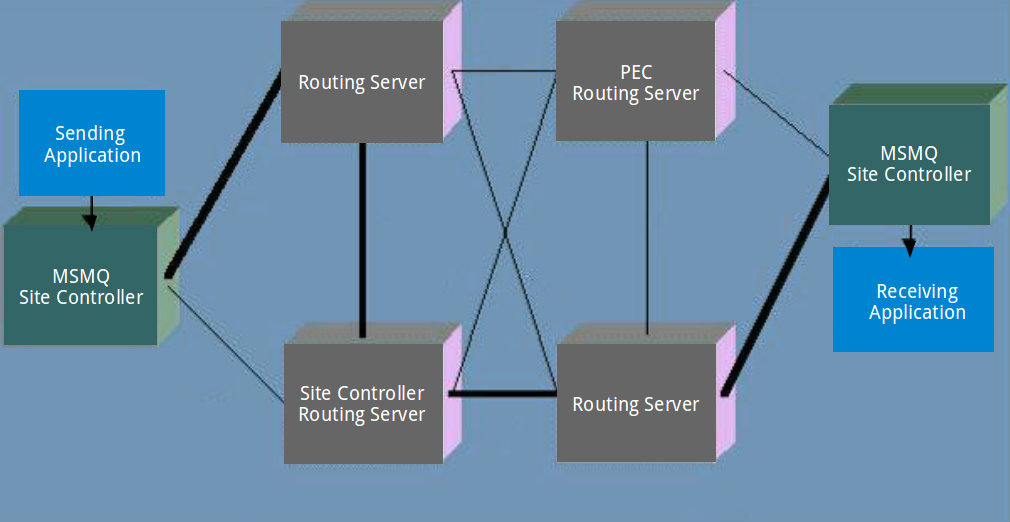 In dynamic routing, during the configuration of MSMQ, the two message routers are connected with the links whose costs depend on a few factors such as link speed, the financial cost of the link, and link bandwidth.

At the end, MSMQ computes the cost of a link that’s obviously costs less when a message has to be sent following any path.

In the .NET development landscape, MSMQ is one of the best options for message queuing. It’s good to use to establish communication between the applications and its features make it a perfect fit for the SMEs and large enterprises.

MSMQ provides different types of binding like- COM, C#, WCF and .NET. It can be used to send the messages to the multiple destinations using the different route, and a reliable messaging system that delivers the message even during the network connection failure.

Our proficient team has hands-on experience in the integration and deployment of the intelligent system- MSMQ for leading enterprises. Do you want to be the one who wants to implement the MSMQ system? If so, get connected with our consultants today.