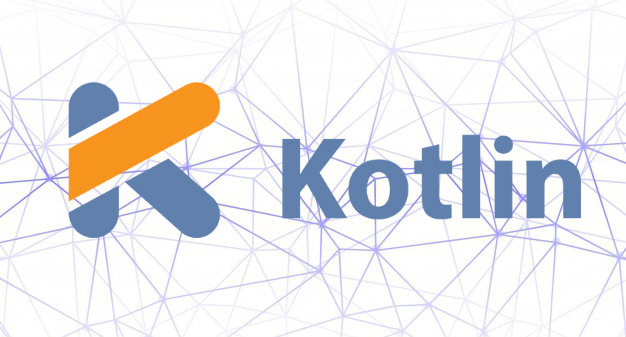 Kotlin is a statically typed programming language for the JVM, Android, and the browser.

Why use Kotlin for Android Application Development?

Let’s see the things in more detail ( Kotlin vs Java ):

One of the most common pitfalls in many programming languages, including Java is that of accessing a member of null references, resulting in null reference exceptions. In Java, this would be the equivalent of a NullPointerException or NPE for short.

In Kotlin, the type system distinguishes between references that can hold null (nullable references) and those that can not (non-null references). For example, a regular variable of type String can’t hold null:

To allow nulls, you can declare a variable as a nullable string, written String?:

Now, if you call a method or access a property on a, it’s guaranteed not to cause an NPE, so you can safely say

But if you want to access the same property on b, that would not be safe, and the compiler reports an error:

But you still need to access that property, right? There are a few ways of doing that.

First, you can explicitly check if b is null, and handle the two options separately:

Your second option is the safe call operator (?.) :

This returns the length of b if b is not null, and null otherwise.

Kotlin uses lazy evaluation just like in Java. So if the document were not a Payable, the second part would not be evaluated in the first place. Hence, if evaluated, Kotlin knows that document is a Payable and uses a smart cast.

See it in the example:

Some code snippets ( Java to Kotlin ) 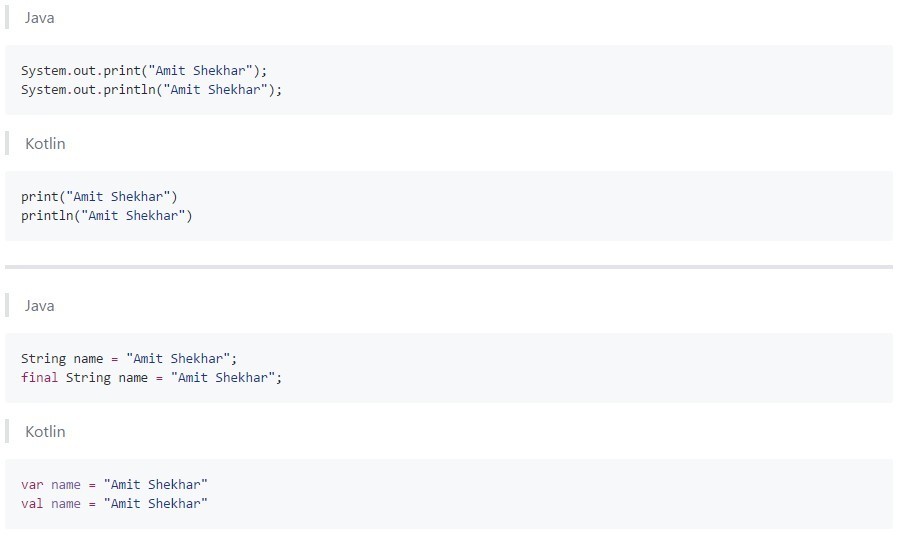 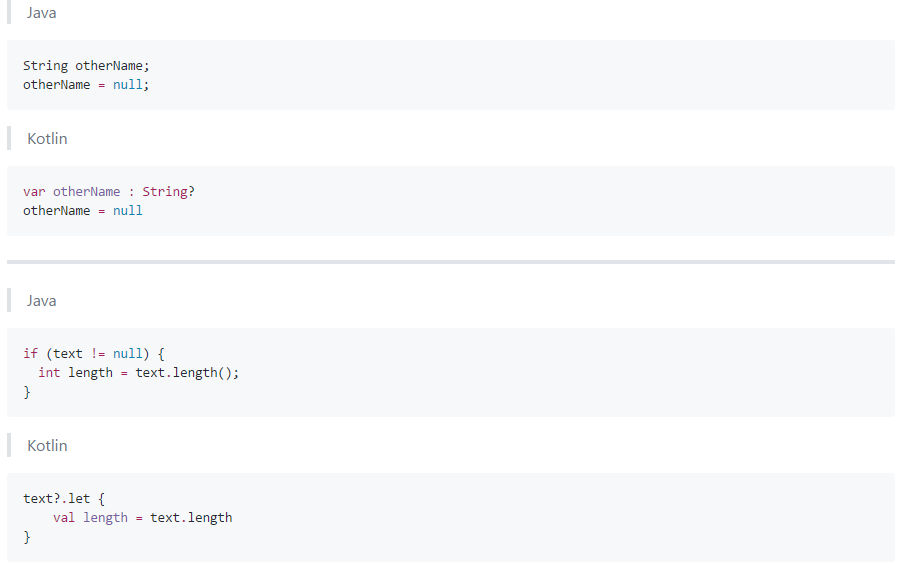 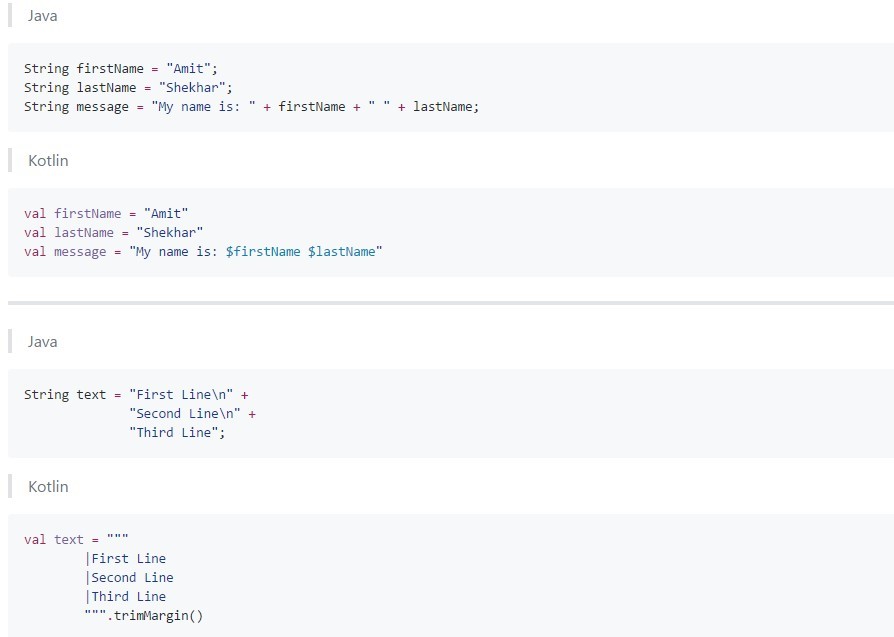