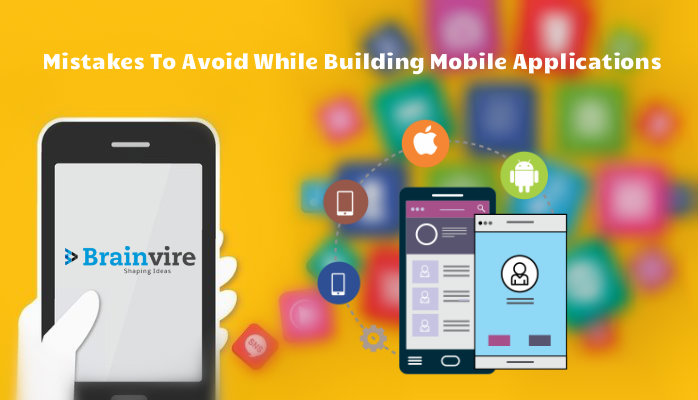 Smartphones are all in the rage for enterprises these days. And why not? It has become a place where you can target your customers directly. Mobile phones are no longer just a medium to communicate, they are much more. With the debut of e-commerce platforms, smartphones have turned into lucrative prospects. But, what surprises us is the fact how some enterprises manage to leverage mobile effectively in acquiring and engaging their customers.

In case your business has landed itself into the mobile ecosystem naturally such as an e-commerce business or some software like SaaS, tapping into your audience base becomes simple. This is because your mobile application becomes your website’s extension, which eventually lends mobility to existing and new customers. Mobile apps are a heart of businesses these days and neglecting its importance can be considered as a naïve thing to do. While organizations try hard to synchronize themselves with mobile applications for their businesses, not every effort ends up into a successful one. So what’s missing?

Here is a list of mistakes that businesses are making which is certainly unpardonable and they need to start working on it.

While the idea of reaching out to each and every potential customer from the first day may seem tempting, the reality is quite opposite. It’s simply not possible. For instance, if you have 2-3 million potential customers, do you think it’s possible to target and reach all of them from the beginning?

It’s not possible unless you are spending a ginormous fortune on marketing. Even after doing this, there is no assurance that these targeted audiences will come across your application, will download it and continue using it.

This is where building on a single platform is a wise approach to go for. By going for one single platform, you will have the opportunity to market quicker in order to receive faster feedback at a much lesser cost than iterating on a product over two or more platforms at a particular instance.

Of course, developing an application which no one wants on any platforms would come out as an utter waste of resources and time.

There are many enterprises that plan to take the shortcut in app development by using cross-platform tools. Sure, using this approach is not wrong, but so far there hasn’t been a great number of successful apps in the market, which utilizes these technologies.

While it may help you in building apps at the same time for multiple platforms, you will end up compromising on user experience. Always keep a note that there is a huge difference in developing an app for a specific platform utilizing tools provided by the platform owners than third party tools. Once you use tools provided by third-party as a shortcut, you would have to be dependent on the same in order to update those tools to keep up with the OS upgrades. This, quite frankly, is a painful procedure to go for.

Biggies like Southwest Airlines, LinkedIn and Facebook had to learn this fact in a very hard manner. Moreover, Southwest Airline’s app was criticized to a point where it was named as Apple App Store’s worst app in terms of user interface, performance, and functionality.

All of these behemoths and the ones similar to them realized that cross-platform, HTML 5 and hybrid application toolkits do not function well enough to develop high-end smartphone experiences expected by users.

In the near term, certainly these companies managed to save costs by building one app compatible with all platforms, but in the long run, they had to incur comparatively more expenses for the purpose of redeveloping a native application. Also, let’s not forget the harm this step did to its credibility.

To begin with, choose a platform which resonates the most with your existing and potential customer base. Once it starts processing, you will have an established product or market fit. Following this step, you can invest in building native apps across various other platforms as soon as you have managed to gain traction.

Sure, you aren’t doing it deliberately, but many-a-times it happens that you’re ignoring your client base while developing your mobile app. A majority of enterprises developing application give first priority to their apps. This results in neglecting something that is valuable to customers.

Don’t do this! Customers are your steps towards success and profit. You cannot ignore them. So, what do you need to do then? Well, assuming you’re planning to sell a premium child plan to parents, you need to develop an application, which engages parents and children, too. Moving a step further you could also build an application for pregnant women.