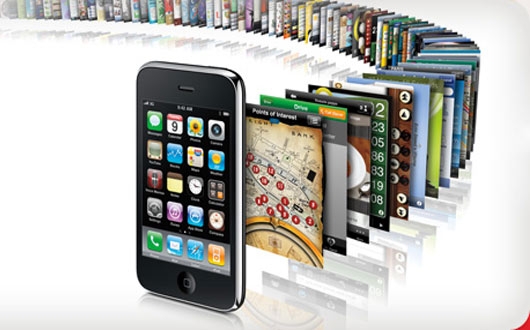 A question often arises while considering app development. What is the best development approach for app development? Is it native apps or web apps? The truth is there is no general consideration for the better approach because native and web apps both offer different implementation options and has advantages and disadvantages as well. The Mobile Application Development Company can help you understand the approaches related to native and web app and find the right solution for your app development venture.
Let’s take a detailed look and understand how native or web apps can prove beneficial to you.

Native apps as the name suggest is a software application developed specifically to run on a device at the operating system level. Hence, they need to be downloaded, purchased or installed through a central distribution portal such as App store on a smartphone or tablet. A native app is based on a binary code that interacts directly with the underlying mobile OS such as iOS or Android.

As native apps are built for a particular device and its OS, it has the ability to use device-specific hardware and software. Also, it offers the developer the benefit of the latest technology such as global positioning system (GPS), camera and more. To develop a native app, developers have to program the source codes in a language like C and supply multimedia content such as images, audio files etc. The apps are developed in an environment like Xcode for iOS or Android SDK or NDK which is usually made available by the provider of the mobile OS.

The disadvantage of native app development is that the code written for a mobile platform cannot be tailored for another platform. Also, maintaining native apps requires a lot of effort. Enhancements, security updates etc. cannot be simply loaded on to the server as compared with a web app. Instead, the operator needs to communicate the updates to the app stores and then the users have to install the updates.

Tablets and smart phones offer well-equipped web browsers with the use of latest technologies like HTML5, CSS3 and JavaScript. These technologies not only allow to develop websites but also to develop an application that runs in web browsers. The developers can implement the mobile app unlike native apps in languages such as C+ with no special expertise required as such. The app updates are easy to perform – simply install them on the server and that’s it. Furthermore, web apps are particularly good for all scenarios as they give the users the up-to-date data without them having to maintain and install an update from an app store plus web apps are easy to maintain.

• Always runs in the browser environment
• Often less convenient than a native app
• Limited offline operation
To conclude, there is no particular approach to follow for app development. The companies and developers should examine each and every possibility on a case-to-case basis and determine which is the best solution in terms of app features, budget and development time. So, what are you waiting for? Contact us today for your Mobile App Development project…!