The Four Essential Tips to Use Any Version of PHP Wisely 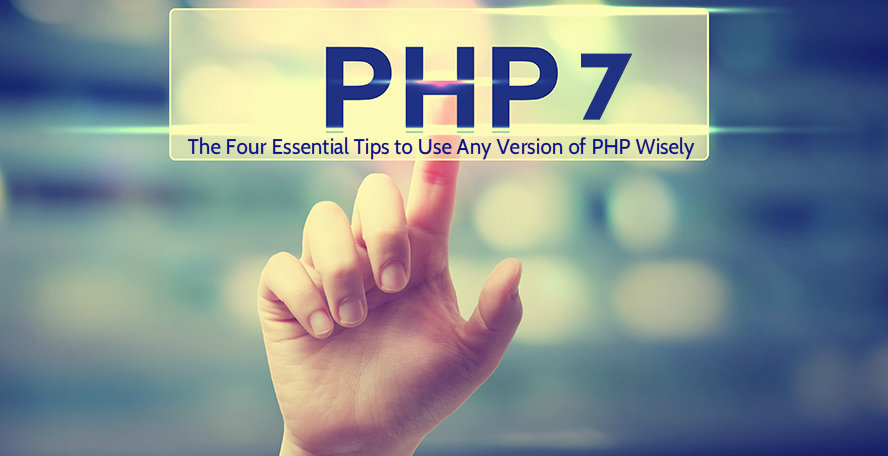 PHP is being widely used by the developers across the world for development of websites and applications. According to the estimation, out of 5 nearly 2 websites or applications developed today are built on a PHP platform. The reason for such an immense popularity of this platform is its flexibility, scalability and simplicity that offers developers a great platform to create amazing web applications. The latest version of PHP, well-known for its swiftness it allows for the process of web development, has been released in November back in the year 2015 and since then has been favorite among the developers. PHP 7 development allows the developers to focus on the performance without having to worry about the minor things in the web development process.

Here are a few points that every developer should follow in order to wisely work with almost any version of PHP till the latest seventh version.

Clean codes can improve the readability and hence, make the code easily understandable for other developers who aren’t familiar with the project. It’s easy for other developers to work on clean coded projects rather than those that have complex coding. It’s easy to understand, modify and scale the clean coded projects with future needs. So, whether you are going for PHP 7 development or web development using any other version of the platform, one thing to consider is the clean coding practice.

PDO implementation is something that MYSQLi supports and hence, is better than MYSQL to use with latest PHP versions. MYSQLi functions are supported by almost all the versions of PHP and hence allow developers to generate great outputs for their applications.

3. Do Not Unnecessarily Pass References:

PHP supports functions like shuffle() and sort(). When a shuffled array is returned then the inbuilt functions are altered and hence, the originality of these functions is lost. So, it is advisable not to alter these functions without any special requirement to do so. It is true that the passing of references can improve the functioning of the program but while developing PHP 7 applications, this is not necessary as PHP 7 is already the fast version that drastically improves the program functionality.

Performing queries in a loop yields faster results but only in certain situations. Most of the times it leads to overheating of device. But with the use of methods like get_meta_post() as that used in WordPress development services, one can easily boost up speed of functions and reduce the load on CPU because this function fetches the repeatedly or perused data from cache system instead of database. Hence, this speeds up the functionality of program while reducing the CPU load.

So, by keeping in mind the above things one can drastically improve the functioning of their programs or code behind the applications or websites. Every PHP developer should consider this for efficient programming that gives better and faster results for user’s needs.

For those looking for efficient PHP 7 development services can contact Brainvire Infotech. Brainvire is a leading IT solutions firm offering quality yet cost effective services to meet the web development demands of the customers.