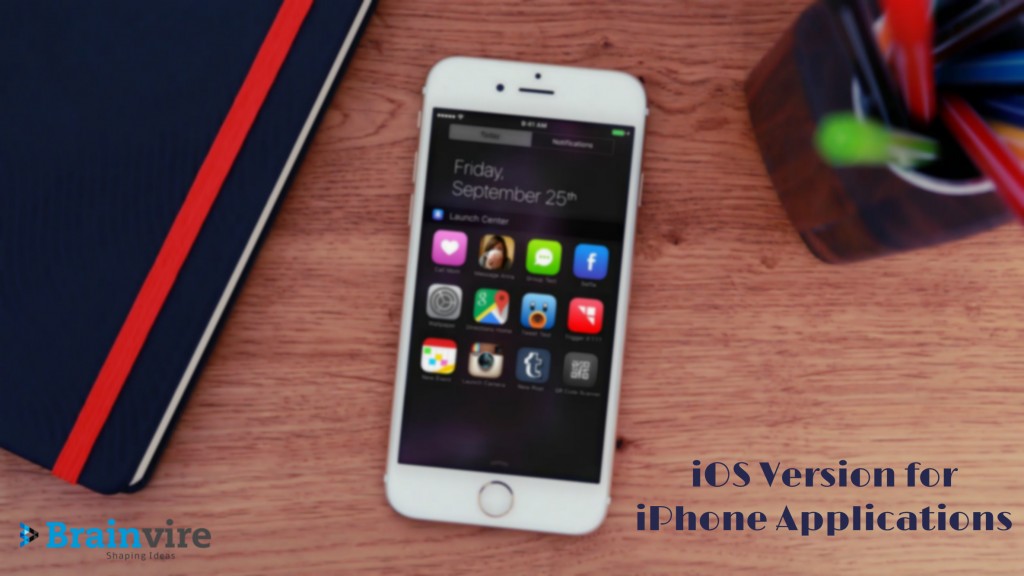 Ever since iOS is developed, there has always been upgrading of features to it thereby giving rise to the new versions of the operating system on a regular basis. With so many versions available for the iOS, sometimes it's really difficult for the developers to decide which iOS versions their app should support. With new versions come new APIs with new abilities for developers to create awesome things in their apps. Hence, developers should have to decide which versions of iOS to target during iPhone application development in order to use the new functionalities of the latest versions while supporting the needs of the existing user base who may be fond of few features of the previous or existing versions. Because after all, what's the use of going on adding new features and jingles to your app which cannot impress the existing users. So, this article highlights the important things every iOS application developer should consider while selecting the suitable versions of iOS for application development.

One of the most important deciding factors for selection of iOS version will definitely be the adoption by the users. As we all are aware of the fact that iOS devices aren't fragmented like other OS supporting devices. Consider iPhones by Apple, these will work only with iOS. Apple controls both OS as well as the hardware on which it runs. So, as soon as a new iOS update hits the market, it gets adopted by audience really fast. However, there are only two things that can keep iOS users away from the updates -Â the hardware limitation to support the update or the iPhone users themselves not willing to have the update. So, one of the main benefits of such high adoption rate for the iPhone application developers is that they can take the best advantage of the new features in their apps which will already be adopted well by the users by the time the app gets built and released in the market.

Considering the complexity of the app you are deciding to build, the developers can definitely decide on which versions of iOS should their app support. For example, consider if you are developing a simple app that has a simple presentation with simple buttons and labels. Then leveraging the advanced versions of iOS in your app would not make any sense because such an app would be supported by almost or several earlier versions which would be supporting most of the basic iOS features around.

If you are planning to offer new or latest features in your app, you can always choose to target your app for newer devices while filtering out the old ones. It's really easy this way to offer new features to the devices running advanced OS version and which can support them while removing out those which aren't capable of supporting them and run older versions of the operating system. But if you are willing to make use of latest features in your app and simultaneously want to support the earlier versions of the operating system, then, you need to use development tools like Xcode which will ease your tasks like this. You can also set the deployment target for your app code to be the earlier versions of the OS and test for compatibility in different simulators for the purpose. So, you can go either way in your iPhone application development process to choose suitable iOS versions for your app depending on your choice.

If you are considering custom iPhone application development for your business needs, make sure you always hire the experts because only experts can understand your needs and leverage the suitable features to your app so that they can be supported across various versions of the operating system and help you attract more customer base for your app.