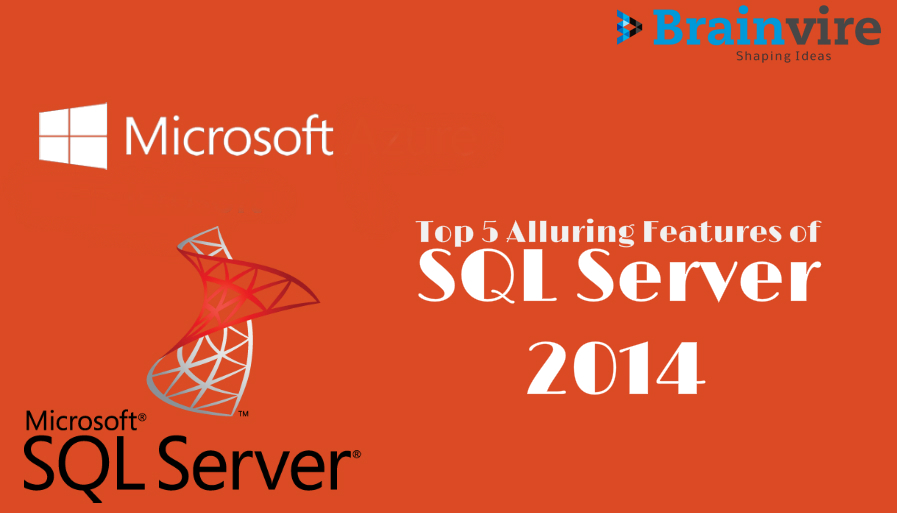 SQL Server 2014 comes like a boom to the developers with its new and improved features. Microsoft has revised the previous version of the SQL server database, the 2012 version, to introduce some pretty good enhancements in it which can give better benefits for the developers. Although there aren't any major or exploding changes in this latest version, there are many significant improvements which can allure developers to use it as a backend for their development needs. So, it is a better option for the organizations to go for MicrosoftÂ SQL Server Database Development Services based on 2014 version in order to keep up with the latest trend in technology while getting a competitive edge in the marketplace.

The present blog focuses on the top 5 most interesting features of SQL Server 2014 which can be of the best benefit to the developers.

In-Memory OLTP is an engine code introduced in SQL Server 2014. Named as Hekaton, the In-Memory OLTP engine enables to carry out OLTP workloads in a lock and latch free environment. This is a concurrency control mechanism which helps to discard the locking delays and hence, boosts up the performance of OLTP applications. By opting for Microsoft SQL Server development based on this latest version of the database, organizations can ensure top-level performance of their applications that are based on MS SQL Server backend platform.

Power view was initially limited and used to create data visualizations only in table or two dimensional format. This was the case with previous versions of SQL Server, while the new SQL Server 2014 is about power view that enables data visualizations in multidimensional models including tables, matrices, bubble charts, and geographical maps.Â However, these power view models also support queries using Data Analysis Expressions.

One of the top features of SQL Server 2014 is the way the database backups can be encrypted for better data protection with several encryption algorithms available for the purpose including AES 256, AES 192, AES 128 and Triple DES. Usage of asymmetric key is mandatory for encrypting backups in SQL Server 2014.

With Windows Server 2012 integration, SQL Server 2014 is now much better scalable version of the database with the ability to scale up with nearly 640 logical processors and 4TB of memory in physical environment, while up to 64 virtual processors and 1 TB of memory on a virtual machine. While the new Buffer Pool Extension feature enables performance gains for OLTP workloads while increasing the performance of systems that have reached to the maximum of their memory capability by using high speed, non-volatile RAM in SSD solid state disk) drives.

For those looking for SQL Server development services, Brainvire Infotech offers the best yet affordable solutions that can meet your database development or integration needs while keeping up with the latest technology trends.