Wearable technology – A Magical Formula For A Spurt In Productivity! 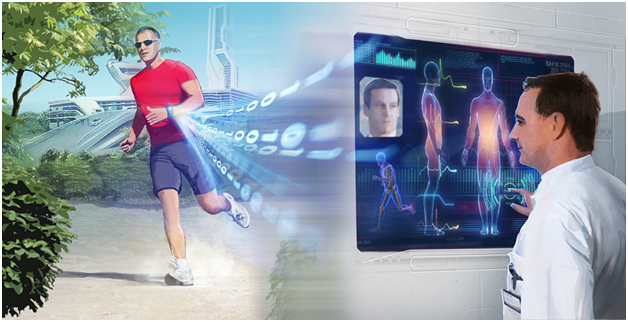 According to CCS Insight, by 2019, shipment of wearable devices will reach to 245 million units per year and the whole business of wearable technology would take a leap to $25 Billion.

Johns Hopkins University developed an application named 'EpiWatch'. It was created for the patients suffering from epilepsy. The application collects the data related to heart rate from Apple Watch or an iPhone. Also, the application collects the other data from patients by memory games and other activities.Hopkins researchers analyze this data and come up with the vital information which can be proved as significant inputs in the treatment of the patients.

Till now, Apple Watch has become the leader of the wearable devices with its estimated $5.5 million and tech astrologer says that it is going to take the giant leap with every upcoming year.

In 2014, Microsoft announced the Microsoft Band. The aim behind launching this fitness wearable is to know many health perspectives like if a good breakfast results in good productivity or if meetings (synced in phone calendar) have an impact on good night sleep and so many other things. The idea of wearable devices came into existence for the tracking and betterment of patients. But it's now taking a shape of the betterment of human health including a patient or a healthy man.

The wearable devices are mostly based on sensor technologies, wireless networking systems and protocols like Wi-Fi, Bluetooth, GPS). Adam Thierer- a senior research person @Mercatus Center wrote in his book â€Permissionless Innovation' that around 130 million consumers in the world are using some type of fitness wearables.

Smart Clothing is estimated to cross the $20 million by 2021. Even till now more than 1 million shipments have been out and is expected to rise further. Under ArmourCompany has created smart shoes which can track steps, workouts, distance etc.

GPS sports watch maker has invented a smart compression shirt for athletes. It has a GPS sensor on the front and on back pockets of shirt for the tracking of heart rate metrics. Now this heart rate metrics analyzed by experts helps in monitoring athletes'' conditions.

Fitbit company has around 43% market shares and Xiaomi has around 24%. Fitbit has recorded a huge profit by selling an immense amount of fitness wearable but Xiaomi is growing rapidly with its well-researched market and technology insights. Although Total fitness tracker shipments will cross 180 million by 2021.

AR (Augmented Reality),VR (Virtual Reality) and MR (Mixed Reality) are blooming in entertainment and gaming section. Google glass, HoloLens headsets, Meta, Magic leap are providing superb wearable that takes your experience to a different level. Holographic headsets enable you to explore and interact with outside world.

Google glass and wearable cameras are the powerful resources when it comes to police, military, activists and journalists.

What Is The Best Analysis Model For Data Collected By Wearable Technology?

Data collection and data design are the initial phases of any tracking technology. Of course how you achieve that is an impeccable journey. But the usefulness work starts after these two stages â€“ Analysis. Apart from the traditional analysis, what new a company offers makes sense. The analysis should revolve around incomparable benefit to users and continuous engagement of customers.

The Analysis Should Always Give Insights On What To Do Next.

For example, a wearable sleep tracker device provides a significant data on the workers of a company. It may reveal that office timings are ok but the public transportation timings are late. If let's say we take this one insight, what a company would do? It may decide to change the working timings â€“ may be two types of timing shifts varying with one or two hours. It is just simple insight but many complex insights â€“ securely and properly analysed - would be revealed which if catered, increases performance significantly.

Based On User's Habits, Personalised Marketing Drive Can Be Started.

Because of geo-locations, personalized tendencies of users and many other significant data, an efficient and personalized marketing strategy can be implemented.For example, a device wore by a heart patient would time to time send his/her heart-related data. Also, when the situation arises, it automatically sends an alert to a doctor and doctor would procure the needed help ASAP. Also, the application can give the information to a patient and at the same time when the situation is normal can provide fruitful tips.

True Analysis Always Results In An Increase In Productivity.

Take an example of the company again, wearable device fit to employees would give the diverse data related to employee performance like the number of hours he is productive, the most productive time, break needed, health stability, specific health need of the employee and so on. The company can help the employee to achieve health and productivity custom determined for him.

Wearable devices have taken over smartphones and tablets. But they are not on top yet. Wearable devices will have to increase the efficiency of data integration and analysis. Along with wearable, there is a report of hearable, wireless computing earpieces and brainwave technology. With wearable devices, lot many other devices are emerging. But one thing is for sure that in future, fitness wearable, or Google glass or any wearable devices would always be a connecting dot between personal devices and corporate data.

Do you have an idea of application connected to the wearable device? Do you want to meet our proficient data experts?