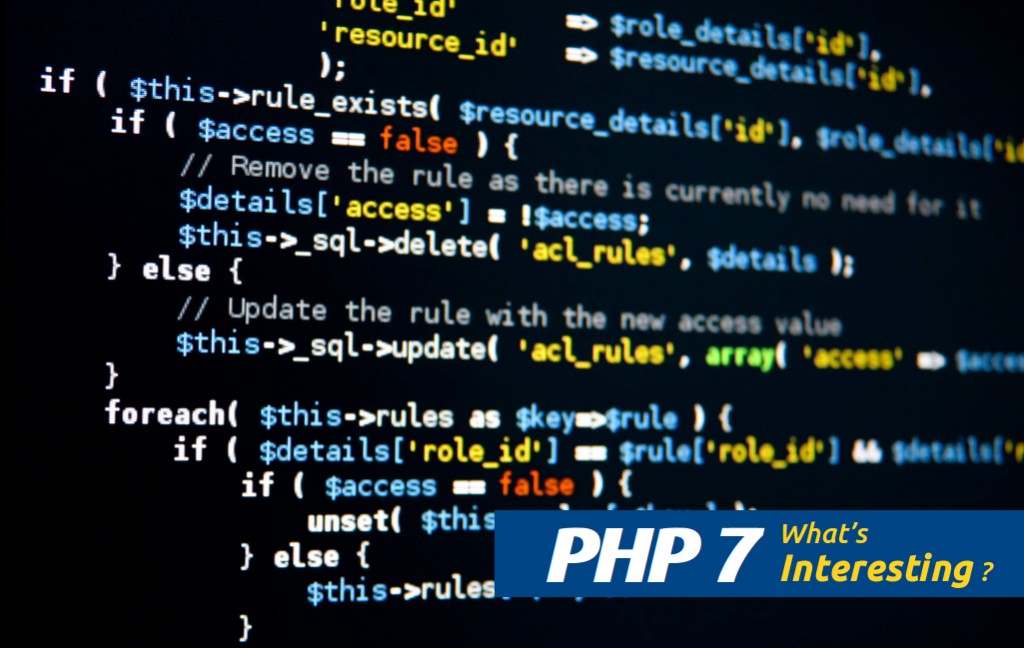 There's lot more excitement coming up the way of PHP developers or website owners who have websites running on one of the major PHP based platforms like Joomla, Magento, Drupal, wordpress for Wordpress development services etc. PHP 7 is now released and available for the users. This is a major release so far introduced by the PHP team and encapsulates some of the most interesting features for web development. With the introduction of PHP 7, developing websites with PHP technology will become rather easier for the developers while also giving them some interesting features for help so that they can keep up with the latest trends and develop innovative websites for various industrial sectors.

This article presents the top features list of PHP 7.0 version and is an effort to update the knowledge of the PHP followers who are wondering thinking what's new in PHP 7.0.

With the introduction of PHP 4 previously, there also came into scene, the Zend engine, which is the open source execution engine that interprets PHP language. Earlier with PHP 5.x versions, Zend engine II was used and was a revised version of the initial one with a few additional features like performance boost up and extensible object model. With the latest release PHP 7, there again comes a new execution engine under the name of PHPNG (PHP Next Generation). This PHP execution engine much better and swift than the early versions. The effect of this brand new engine will be clearly evident from the speed at which the code will be executed. Moreover, with fewer servers more number of users can be served here.

Errors are part of every program and so is the case with PHP programs as well. Handling fatal errors has always been quite a difficult task for the PHP coders. But now PHP 7 has come up with new Engine Exceptions which will help developers to handle fatal and catchable fatal errors through exceptions. There are now two kinds of exceptions a PHP developer can use for handling errors in PHP -Â traditional exceptions and engine exceptions.

Anonymous classes are already in use with OOPS supporting programming languages like C# and Java. It's a class without a name and it instantiates the object which will have similar kind of functionalities as that of a named class. Anonymous classes can be used in case the class doesn't need to be documented and is used only once in execution. Generally anonymous classes are used during PHP web development to speed up the execution time and the speed of coding is increased drastically with these sort of classes.

At Brainvire Infotech, we do provide the best PHP website development services based on the latest technologies and versions of the software thereby helping businesses get competitive website solutions for their needs.