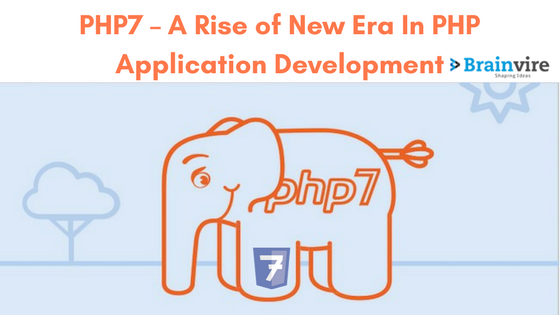 Talking About PHP7 – A Rise of New Era In PHP web Application Development Services, PHP is now everywhere, website, web applications, server-side scripting and much more. Furthermore, it has penetrated into IOT, too. Because of huge demand and the success ration, PHP was the favorite and still, it’s popular amongst developers and business owners both. After the supersonic success of PHP 5.6, the next version now launched is PHP 7, not 6! The reason behind it is – PHP 6 was internally released but taken back due to some issues. To avoid the confusion of internal releases and external releases, a new version is named PHP 7. The story is quite simple, but not the version is. This time, it has come with quite major features to penetrate in the java dominancy areas.

As per w3tech.com, with significant 83%, PHP is ruling in the world of server-side programming languages. Most tech giants, YouTube.com, Yahoo.com, Amazon.com, and Wikipedia.org has kept their business on the shoulder of PHP. In such a scenario, a new update on PHP has brought significant effects. 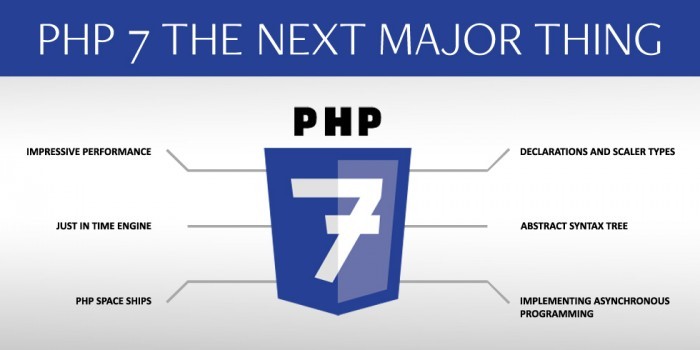 Speed is now 2 times more than the 5.X version. PHP7 has reduced memory usage. Plus the server response time is made faster in order to make the overall system faster. PHPNG also refactored the Zend Engine to reduce memory usage.

Now, PHP is equipped with the declaration part. This simply means that if the variable is declared as an integer, you can’t assign a string to that. This will help in understanding the code and to protect against the type conversion errors.

A new concept of Engine Exceptions is introduced to turn fatal errors and catchable fatal errors into exceptions. This will help programmers to respond to the exception in a better way.

Being a member of a LAMP Stack, there was a conflict to run the same system from windows. This massive upgrade to 64-bit windows system will now support large integers and large files. This will help in boosting the performance for the future aspect of the business application.

C and Java are using this functionality from long ago. It has now touched PHP, too. Anonymous class doesn’t have a name. This saves a huge memory consumption during the execution. Plus, some classes don’t need to be documented. This purpose is also be served, here.

PHP 7 has removed old and non-supported functional APIs and extensions and freed up the memory. But if your application is running on the PHP 5X versions, please don’t go for an upgrade as this is not completely backward compatible.

Is my system PHP ready?

We have seen the new elements added to the language. Now, we will discuss the areas where you need to be prepared before going to PHP7.

If you want to check the current website or web application’s compatibility with the PHP7, then WordPress plugin is available which will do all. PHP compatibility checker will give you the exact status.

A compatibility checker instantly tells you the chances of upgrade

Talking About PHP7 – A Rise of New Era In PHP Application Development, As mentioned above, PHP7 is not completely backward compatible. There are language features such as new reference, scope calls from the non-static methods are deprecated. Moreover, several extensions, functions, in options, and miscellaneous functionalities are also deprecated. So if your older system is using one of these deprecated features, then migrating to PHP7 is not recommended. Still, if you want to migrate to PHP7 for its speed and memory performances, then revamping the code has to be done.

Talking About PHP7 – A Rise of New Era In PHP Application Development, PHP is now coming on the row of Java and C, in order to provide more strongly coupled language while delivering advantages of loosely couple language. Plus, PHP 7 has brought Speed and Memory saving with it. If you can handle compatibility issues, then going for PHP7 is surely a futuristic step.

Brainvire has mastered in Offshore PHP Development whether it is Laravel, Symfony or Lamp, and always delivered the futuristic solutions to the clients.

Things to Consider While Hiring a PHP Programmer

Benefits of switching to Symfony 2