How can Redis help in Improving Node.JS App Performance?

Node.JS- the platform that’s built on the top of Google V8 engine is popular for managing concurrent requests efficiently.
The software offers great advantages to the businesses with its one-of-a-kind package of tools, libraries and a set of APIs. The asynchronous and event-driven nature of Node.JS enable the app to perform faster.
Nowadays, just counting on Node.JS existing features is not enough, while every possible tool or step must be taken into the consideration to ensure the app works at speed.
There are multiple ways to do the same like- running multiple functions simultaneously, use of asynchronous APIs in the code, use caching, turn on gzip compression, queries optimization, minimize the data stored in the session and a lot more.

Among all, using caching is more recommended at the places where the data rarely changes such as application configurations, country codes, product lists and so forth. Caching the processed data or the response improves the app performance by a large amount.
But, with caching, on-disk databases that are frequently accessed is recorded in the memory that will improve just the data retrieval speed, which means the database reads, but not database write. When any changes to the newly created record are made, then they must be done to the disk through the cache. Additionally, to manage the cache, considerable memory, and CPU resources are needed.
That’s where the in-memory database (IMDB) are better as they amplify the performance by keeping all the records in the memory itself without needing to write to or read from the file systems.

Take a sneak peek inside IMDB.

IMDB that facilitate the faster response time is an analytics database that stores the data and when user runs queries, the information is automatically updated based on the recent transaction made with operational systems.
Also, it alleviates the need to store the data in tables or cubes, and data indexing that minimize the IT costs and enable speedy implementation of business intelligence or business analytics applications.
IMDB brings significant benefits with it when used. There is a lot in-memory database system software available like- ActiveSpaces, Redis, Datablitz, Informix and more.

Redis- the open-source, in-memory data structure database is a great cache, database and message broker that has powered the popular applications across the globe. It performs exceptionally fast and supports rich data types that include sorted set, list, set and hashes.

How it influences the app’s performance?

The reason Redis is preferred to leverage for caching is its entire database is stored in the memory and use disk database for the persistence. Due to this, the complex data structure representation becomes simple to change with less internal complexity.

Take a look at how Redis can make Node.JS app work amazingly fast.

Let’s first install the Redis to understand the impact of using it as an in-memory data structure for caching on a node server.
The redis server is started when redis is installed on the machine, where its default port is 6379.
Here, we will fetch the country codes from the existing application that seldom changes and cache them on the node server. To use redis for caching, we will need redis module (Redis client) in the Node.JS application that will help in connecting with the redis server.
The redis client would help in storing and obtaining the data from the redis cache.
When the data request is made by the Node.JS app, the products API before moving to the Node server to obtain the data, at first check the data in the redis. In case, the data is available in the redis, then it’s fetched from the memory and sent as a response to the request. Otherwise, products API move to the “some_other_domain” to fetch the data and from where the response is firstly cached in the redis and then send as a response to the request.

This way the response time get drastically reduced.
For instance: In Node.JS app, when 1000 records are fetched from the legacy application, it took 8 seconds. 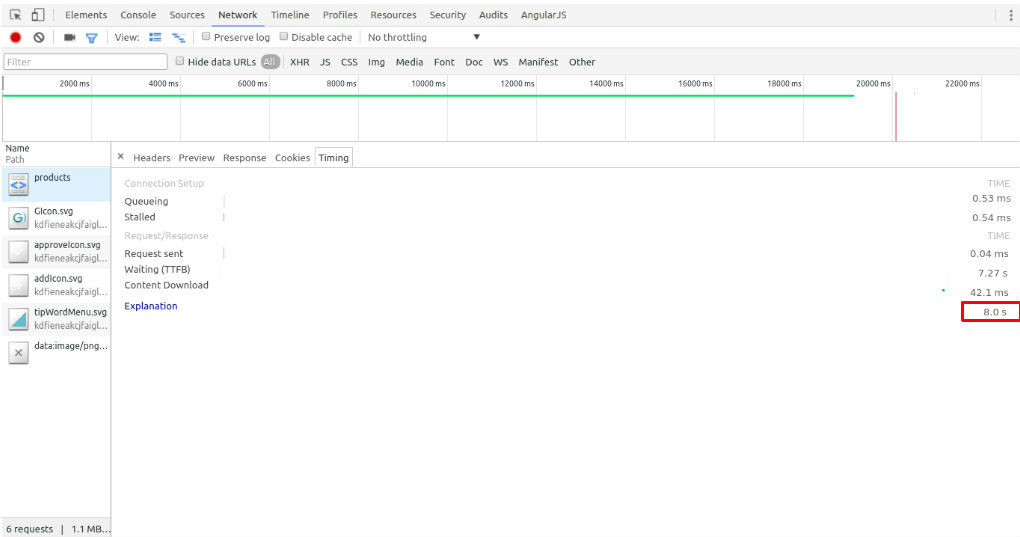 When the requested data is cached on redis and again requested, the response time reduced to 50 milliseconds.

Furthermore, if database result sets are cached in redis, then APIs performance would also increase. The cache can be automatically 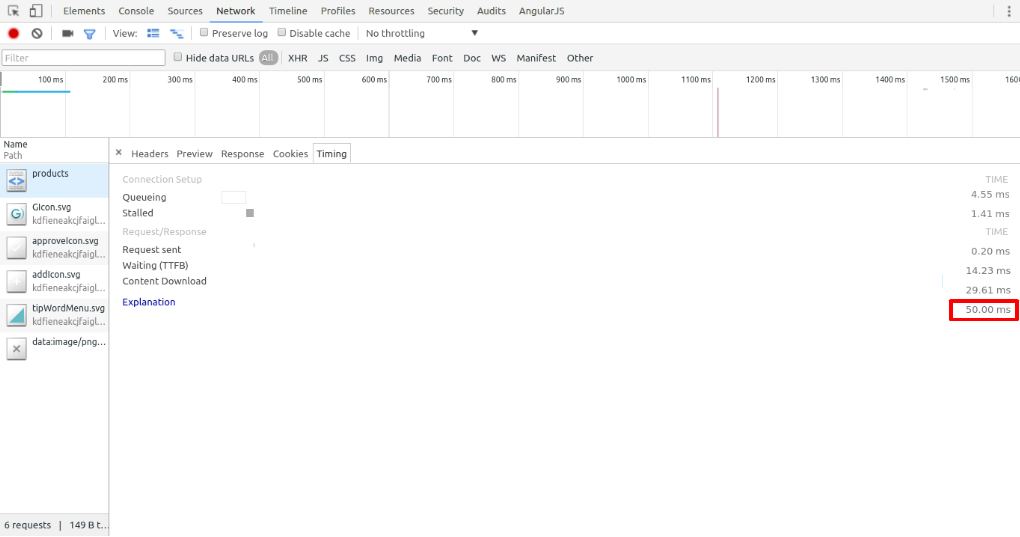 cleared by setting its expiration time with the ‘setex’ method.

Leveraging the power redis, the Node.JS applications can create a major breakthrough for enterprises. The strong caching layer of redis is making the apps respond quickly.
Aforementioned instance elaborated the impact of redis on Node.JS app that needs no explanation.
Although redis has a memory limit where the data equivalent to the drive capacity can be stored. Also, redis is worth to use when access to loads of data is barely needed, but in case, frequent access is needed, then it proves to be quite expensive.
Redis is a magic bullet that must be used with Node.JS app strategically depending upon the type of data and access you need.
Roll the ball of Node.JS development services keeping all the pros and cons of redis in the mind.
Happy coding!