Nearly 5.7% of global websites ranging from personal blogs to corporate, political and government websites including those of White House and data.gov.uk are powered by Drupal! It is used by over 11,53,231 websites across 229 countries in 180 languages & its best suited for collaborations & knowledge management for people around the world & hence, making it as one of the most popular content management framework till date!
So, What exactly is Drupal?
Drupal is a free and open-source content-management framework written in PHP which is distributed under the GNU General Public License which guarantees the end-user the freedom to share, copy & modify the architecture as per his/her needs.
The standard Drupal Core includes basic features like user account registration, menu management, RSS feeds, taxonomy, page layout customization, themes, media management, caching features, advanced search, workflow tools, release updates and system integration. It automatically notifies the administrator about newer versions, modules & themes & ensures that administrators & laravel developers are abreast of its recent updates & releases. Drupal core installation can serve as a simple website, a single/multi blog, an internet forum or a community website providing user-specific content.
Today, Drupal has more than 1 million members & 31,000 developers in its kitty & its popularity is rapidly growing around the world! 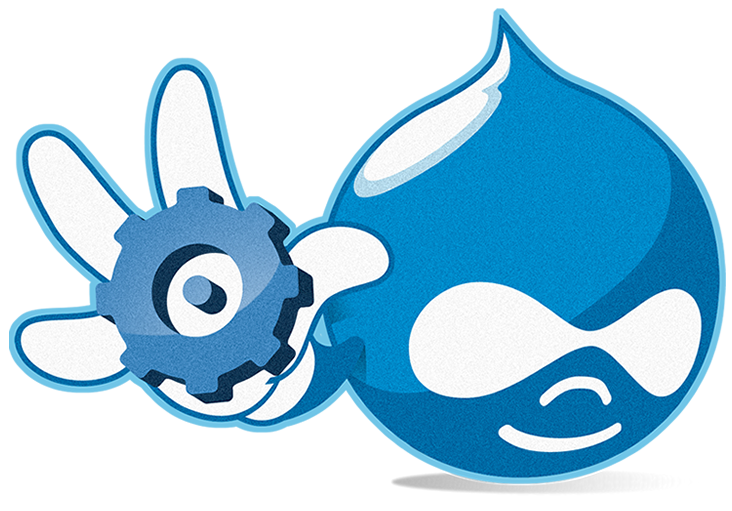 How different is Drupal? What are its USP's?
1 - Database Abstraction Layer
Drupal 7 extends the Data Abstraction Layer so that a programmer no longer needs to write SQL queries as text strings. It uses PHP Data Objects to abstract the database. Microsoft has written a database driver for SQL Server as well for Drupal 7 which supports the file 'SQLite DB Engine' which is also a part of the standard PHP distribution.
2 - Embracing Windows Developers
With Drupal 7's new database abstraction layer and ability to run on the Windows web server IIS, it is now easier for Windows developers to participate in Drupal community! A group on Drupal.org is also created to address Windows developer issues!
3 - Extending The Core
This allows third-party modules and themes to contribute, extend & override Drupal's default behaviors without changing Drupal's core code.
Drupal isolates core files from contributed modules and themes thereby increasing flexibility and allowing administrators to cleanly upgrade to newer releases without overwriting their WordPress site's core customizations. The Drupal community strongly supports "Never hack core" campaign for site developers who need not change their core files.
4 - Performance
Performance tests between Drupal 6.1 and Joomla 1.5 demonstrated that Drupal's pages were delivered "significantly faster" than those of Joomla. Drupal has also shown marked improvement in database queries which has reduced PHP coding making it the most efficient content management platform till date.
5 - Constant Improvisations
There have been many improvements to both the visitor and administrator sides of Drupal especially in drag and drop functionality, color contrast & intensity, adding labels by default, image galleries, custom content types, content listings,  third-party integration tools &  private messaging to name a few.
See Also : How Drupal Supersede Other Content Management Systems?

Why to choose Drupal For eCommerce Development? from Mike Taylor

The upcoming, Drupal 8 is still in development phase with no set release date yet. The work on Drupal 8 is divided into categories called Core Initiatives which comprises of Mobile, Layouts, Web Services, Configuration Management and HTML5. Google Summer of Code is sponsoring 20 such Drupal projects for the same.
Considering the above pros, Brainvire, the leading Web development company in India, can be a 'Partner in Growth' for enterprises around the world with its knowledge, expertise & precision in offering Drupal customized solutions to them.