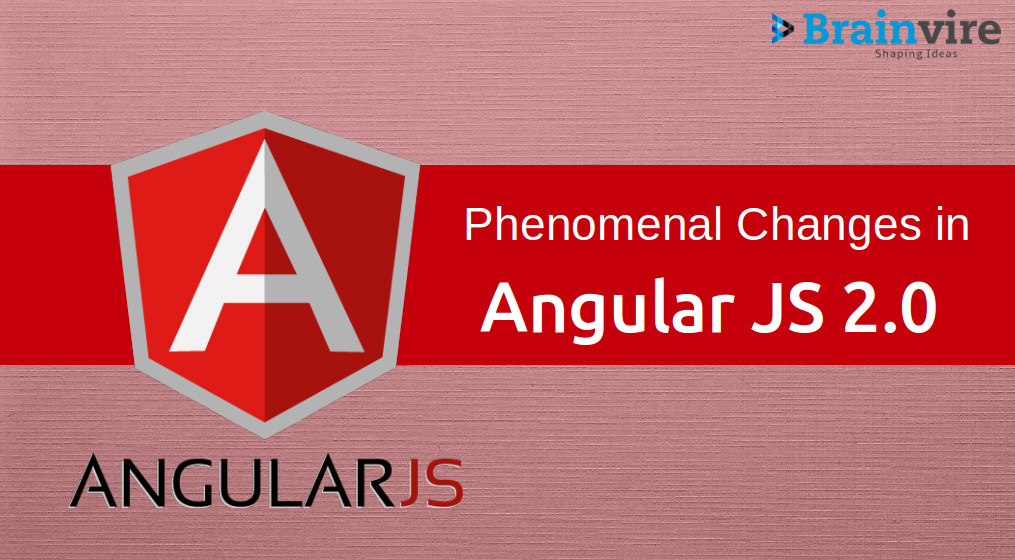 Angular JS is a matured, client-side open source framework widely used for the development of web applications. Till now, Angular has been utilized by the developers as single page applications development tool that makes the process of app development a lot easier with testing given equal importance as the application writing tasks. There is a well-planned strategy behind the creation of Angular 2.0.

Angular JS 2.0 development was started to address the following concerns.

Mobile App Development:
The new version was introduced with focus on mobile apps development because it was estimated that by addressing the aspects of mobile like performance, load time etc., the factors related to desktop or web application development can be easily handled.

Easy Availability of Modules:
Various modules were removed from core of the Angular system to integrate them in modules ecosystem of the framework. Hence, finding and picking of the modules for Angular JS development will become lot easier.

Targeting Modern Browsers:
Angular 2 version was developed to target the ES6 and the latest evergreen browsers so as to eliminate the workarounds that make development with framework a complex task. Now developers can focus on their code important to their business domain.

Usage of AtScript:
AtScript, superset of ES6 is used for application development with Angular JS 2.0 framework. Angular 2 applications are processed by Traceur compiler for generating the ES5 code. Instead of compile time checks runtime type assertions are generated using the type syntax of the TypeScript.

Dependency Injections:
Angular 2 was introduced to address the issues of modular development and component isolation with dependency injection faced in Angular 1.x version. Moreover the missing features in the early Angular versions like the child injectors and scope control have been introduced in this latest version. Developers will be able to get features like tools for metadata association with functions, instant scope control and child injectors which allow for overriding of different types of objects that are called out and that too in various scopes.

Templating and Dynamic Loading:
Angular JS 2.0 brings in the missing feature called dynamic loading of the early Angular framework versions. With this, the developers will able to add and use the new directives or controllers on the go. This latest version allows for asynchronous compilation of the template. Here the module loader will load dependencies by referencing them in definitions of the components.

Routing:
The initial router used in development processes was designed to handle simple processes. This router has been improved to be extensible for complicated processes as well. The features of the Angular 2 router include query string support, static, parameterized and splat route patterns, JSON-based route config, push state or hashchange, URL resolver, document title updates etc.

However, there are two most important features of routers that take Angular JS development process to new heights.

Child router that converts every application component rather into smaller application that is provided with its own router.

Screen activator callbacks like canActivate, canDeactivate, activate and deactivate that allow developers to get a better control over navigation lifecycle.

Hence, there is a lot of improvement brought in the Angular framework with this version that makes Angular development a much easier task for the developers for efficient creation of web applications.