The New CEO for Microsoft is named – Satya Nadella 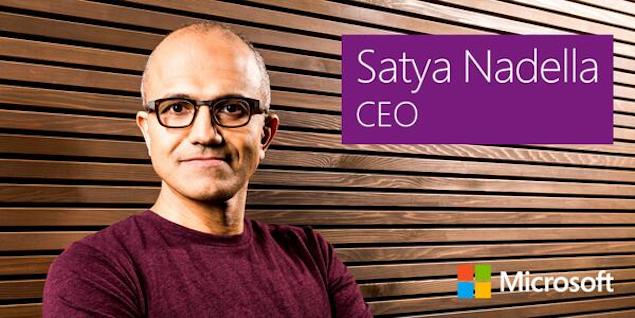 Nadella, a Microsoft veteran from the Server and Enterprise domain joined Microsoft over 20 years ago and was known for his hard core engineering skills and proven leadership. Born in India in 1967, Nadella studied Electrical Engineering from the Mangalore University and later completed computer science studies from the University of Wisconsin-Milwaukee. Nadella's very first work experience was with Sun Microsystems and joined Microsoft as a part of the online services division for research. Ever since, Nadella has held many strategic positions within the company and has helped boost profits especially in Microsoft's Server division.

Over the years, Nadella has played many crucial roles within the company. The important one's being, the business division for Office and the BING Search Engine! He has also been instrumental in transforming Microsoft's server business and more recently the cloud business. The smooth transformation from a client server computing to a cloud infrastructure (Windows Azure) was one of the major achievements for the company where Satya Nadella played a vital role.

“During this time of transformation, there is no better person to lead Microsoft than Satya Nadella. Satya is a proven leader with hard-core engineering skills, business vision and the ability to bring people together. His vision for how technology will be used and experienced around the world is exactly what Microsoft needs as the company enters its next chapter of expanded product innovation and growth.” - Said Bill Gates, Microsoft’s Founder and Member of the Board of Directors.

Steve Ballmer, former CEO announced in August 2013 that he would step down once his successor was named. Well, he too believes that Nadella is the most apt selection for this role. Steve Ballmer said: “Satya is a proven leader. He’s got strong technical skills and great business insights. He has a remarkable ability to see what's going on in the market, to sense opportunity, and to really understand how we come together at Microsoft to execute against those opportunities in a collaborative way.”

A very humbling moment for Nadella

Nadella while stepping up to the new role believes that it is an incredible honor is sees this as a very humbling moment in his life. “It is an incredible honor for me to lead and serve this great company of ours. Steve and Bill have taken it from an idea to one of the greatest and most universally admired companies in the world.”

It is also worthy to note that, Satya Nadella hails from a Microsoft “search” background. Starting in 2007 when MSN search was prevalent with Microsoft, today Microsoft's BING stands strong being the second most popular search engine. Nadella took over at that time, and today, Bing search continues to rise and will continue to for a long time.