The Success Story Of 5 Retailers That Have Embraced Node.js 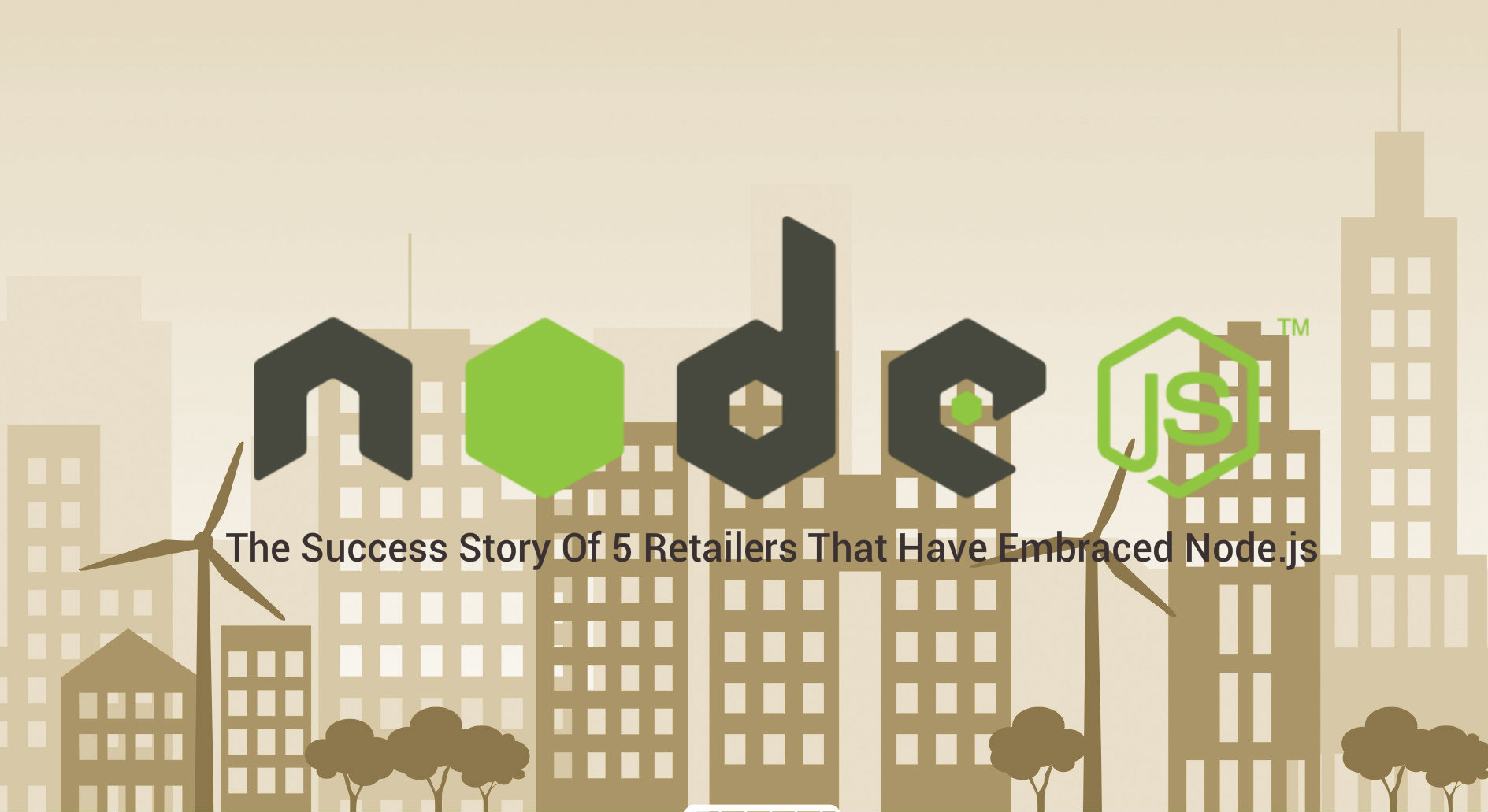 You might be wondering what technology has to do with E-commerce store success. But, yes, E-commerce store triumph has a deep relation with what type of technology retailer has used or used. In our previous edition, we have listed the benefits that online retailers will get using Node.js that will demystify the things.

Understanding the market trends, some of the top honchos have already adopted Node.js to get ahead of the curve and has earned huge success. Take a look at all those retailers for whom using Node.js was a great feat:

The US-based online retailer has the largest selection of electronics, home furnishing, fashion accessories, games and pretty more presently use Node.js. According to comScore, on Black Friday in the USA, $1.5 billion dollar amount of shopping was done through Walmart. The most amazing thing is on that day, despite having 500 million page views, none of the Node servers went down. Even, when 55% of the traffic went to the node server, the CPU utilization hovered around just 1%. Using Node.js Walmart was able to sell items worth $1.50 billion dollars, otherwise, it would remain a dream.

The global E-commerce marketplace providing the range of services across 45 countries by connecting local merchants and customers. Groupon was migrated to Node.js for its back-end services to handle the volume traffic using minimal hardware. Node.js migration enabled Groupon to serve nearly 50,000 requests per minute at speed and dropped the overall response time by half. Also, Groupon can incorporate the changes in features or designs swiftly

eBay wanted to rebuild the infrastructure that supports billions of page views per day without a hitch. To build a dynamic system, they hosted their HTTP API service (ql.io) with the node, while earlier, they were using Java. Using Node.js, eBay was able to improve developer agility and productivity. Plus, the online store scalability and performance is increased, and idle time on the server was minimized.

Here, don't get confused considering Yahoo as a new portal, as we are talking about Yahoo online shopping store. Around 200 developers had written Node code to implement Node.js in Yahoo and that enabled Node.js server to handle 2000,000 requests. Moreover, the app was crafted using hundreds of modules due to which making modification has become a piece of cake.

PayPal is a payment gateway that enables online money transfer worldwide. Well, not an E-commerce retailer, but it comes into the scene when customers want to pay for their online shopping via PayPal. And, millions of transactions are daily made through PayPal, so the PayPal server must be able to handle the high traffic. To increase the number of requests process per second and decrease response time, PayPal switched to Node.js. And, see what, the results were mind-boggling. Double the requests are served at the same time and response time is reduced to 200 milliseconds.

After taking a glance at the success and revenue that giant retailers have garnered, you should hop onto the Node.js bandwagon to improve customer experience, enhance engagement, uplift your revenue and gain an extra an edge in the market. Do you also know about any E-commerce store that has reached the top after switching to Node.js Development Services? If yes, let us know them in the comments below. Hire Node js developer from us and make something better which you have never seen before.