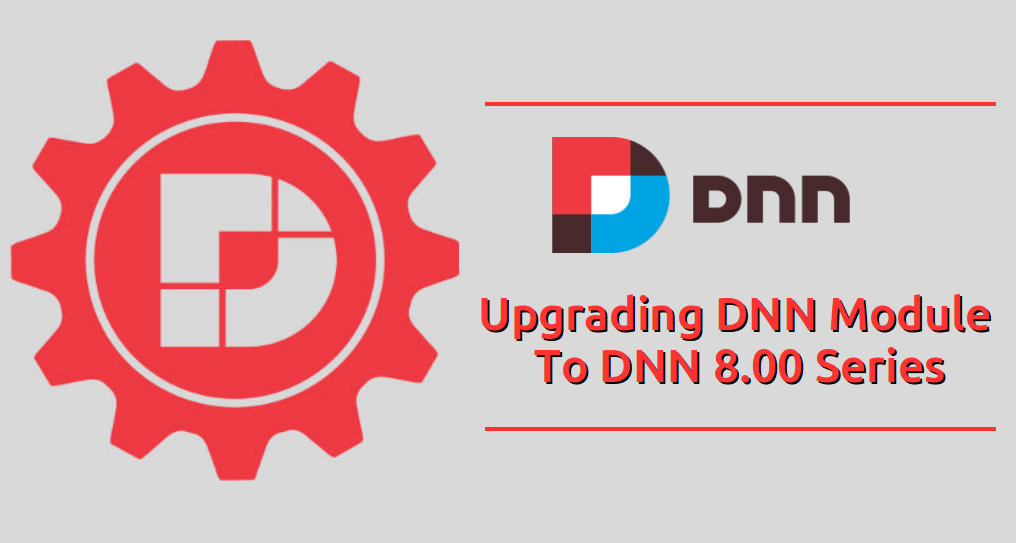 Upgrading the DNN series is a breeze, which almost everyone says. Just copy the files for the new version and then the application will guide you throughout the upgradation. Right?

But, there are a lot of considerations and specific scenarios are taken into the account before heading towards upgrade process. Alas! The fundamental approach of copy and replace would no longer exists.

Then, what? Has it become difficult? Involve a lot of technical challenges?

Hold on. All the questions would be aptly answered. But, before that take a glance at the pre-requisites of making DNN 7.0 series compatible to the DNN 8.0 series module. They are:

Now, take a quick look at what are the challenges the DNN team faced while upgrading the DNN 7.0 to DNN 8.0 and how they can be resolved:

There are some modules that you developed in DNN 7.0 series, do not work with the new version of DNN 8.0 and above version.

When you add any module on the website that works impeccably in the DNN 7.0 series, but don't work in the DNN 8.0 series, you face an issue like

"Please check the Event Viewer for further details as well as Object reference not set to an instance of an object and event log showing Error is currently unavailable."

2) The package/module working in DNN 7.0 series is not visible in DNN 8.0 series or onwards

When you add any module on the website, it is visible/work in the DNN 7.0, but not visible/displayed in DNN 8.0 series and the following stack trace you get.

The solution to this problem is illustrated below:

3) The AppSetting connection string is not working

If you have a module that stops functioning, you can manually add it back, but it is recommended to get a version of your module, which uses the correct connection Strings definition.

If you use or refer the appsetting connection in your C#/VB.net code, it should be removed from the developed module.

4) Old DLL like AjaxControlToolkit, newtownsoft, Telerik, and other third party DLL are not working

The only solution to this problem is to leverage the latest version of the DLL that are mentioned below:

The modifications that influence the upgrade and extensions are described below:

Upgrading the website to the latest version of DNN is essential to gain the benefits of the new feature that the latest version has brought along. The same is the case with the upgradation of the modules to DNN 8.0. The efforts made to make the DNN modules compatible to DNN 8.0 stacks up some challenges before the developers.

To make the upgrade process plain-sailing, the challenges and solutions are rounded up and explained in advance.

Have fun with DNN 8.0 development or modules up-gradation to the DNN 8.0!