Why Business Owners Should Consider Virtual Reality As Their Top Investment Choice? PART 1

Augmented and Virtual Reality have remained on the brim of the consumer technology terrain for quite some time now. As the recent advancements suggest, we've entered into the "VR & AR BOOM" era, something that is as powerful as the world famous "INTERNET BOOM". The market for this hottest piece of technology released this year is absolutely set to witness a massive growth in the following years.

It's a technology, which emulates the real world by the mode of deploying virtual environments to offer an almost real life experience to the end user. What has been considered a "pipe dream" for a long while by many, has at last made the leap to ultimate functionality and is all set to transform the market drastically in the upcoming years! Advances in Internet, VR devices, and computing capabilities have made it quite possible for VR to flourish and transform into something which every science fiction aficionado has ever dreamt of.

The big leagues such as Google, Facebook, Microsoft, Samsung, HTC, etc., have caught on to the strong potential value of these mediums. So they have been dabbling in it with mind-numbing efforts for a while by making substantial investments to deliver an out-of-the-life experience to their end users. Also, the consumer realization of VR is amping up further with the big leagues like 20th Century Fox, Turner Sports, and NBCUniversal experimenting with the new VR titles and formats.

Sure, the revolution cannot be totally described as entirely new because many previous attempts have been made to create consumer VR products - Nintendo created a notable flop "Virtual Boy Headset" in the mid90's.

However, for the last two decades, Virtual Reality has been confined to industrial or high-end military, and research labs. Consumer VR was considered as tantalizingly close to the concept of jet packs, flying cars, etc. But, the times have changed. Virtual Reality companies have become a hot chocolate cake, and are one of the best sectors to invest in, provided you have the millions of dollars to flush into it!

Planning To Invest In VR? You Might As Well Should Go For It

Despite false starts and failures in past, VR industry has taken off. In fact, VR has emerged out as 2016's hottest tech buzzwords, as per the report by Rider Research. If you're thinking why your business needs a VR twist, this might be a very good reason to start with. Consumer demand has hiked up at a huge pace as realistically priced AR and VR headsets and products hit the market.

Here's the report by Digi-Capital. 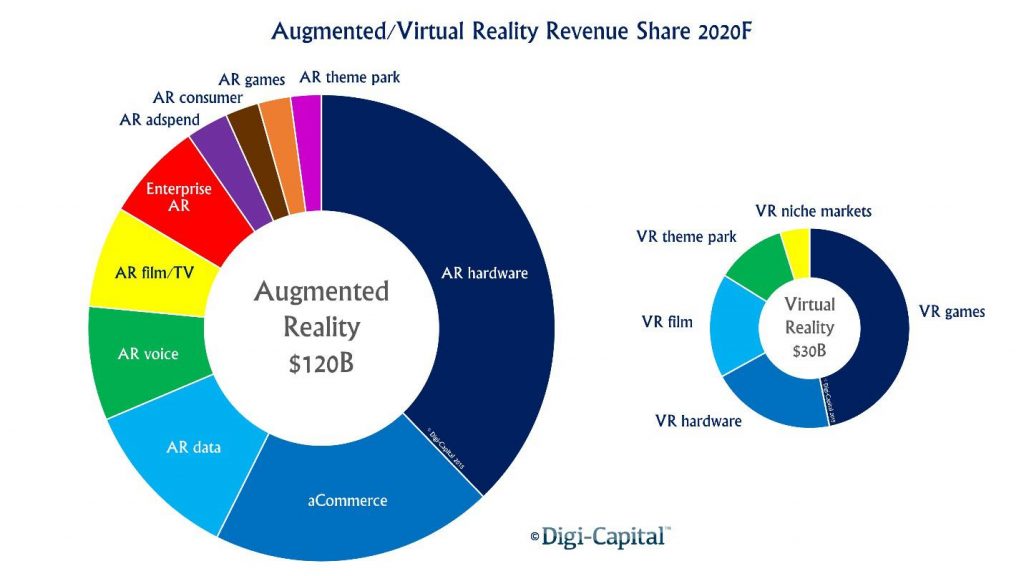 A recent report released by MarketsandMarkets suggests that VR technologies and products market is valued at US$1.37 billion, at present, and is expected to reach somewhere near $33.9 billion by the year 2022. Similarly, AR accounts for $2.35 billion is and anticipated to reach US$33.9 billion by the year 2022. Now, this is a niche economy, and the best place where you to invest if you're looking forward to a long term profit.

One major reason why VR is poised for a bigger dose of success because of its ability to transform even geeky professionals to jaded coders into gushing fanboys! 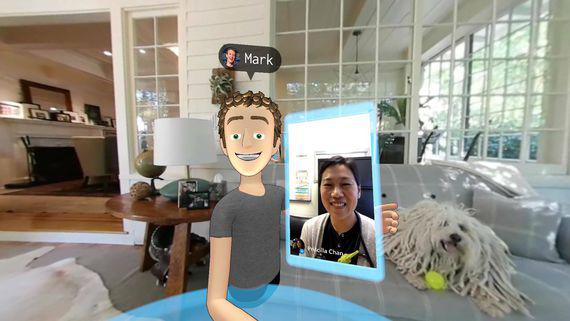 In case you've been following developments in the VR industry closely, there are chances you may have arrived at the same conclusions as several industry analysts. And what could that be? Well, it's the thought that we have entered the fast-paced growth period for such technologies, which exert the power to impact human lives in profound ways.

Certainly, there are a few naysayers who offer a plethora of instances why AR or VR, at least in such nascent phase, won't be as popular as content creators and manufacturers hope they will be. But, one cannot possibly ignore that VR is a wager that is shared by the biggest moguls in Hollywood content creation and consumer tech.

Here's the forecast revenue for VR products by Statista. 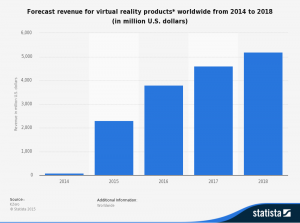 Why it makes a brilliant choice for business investment is because Virtual Reality applications are brilliantly manifold in sectors like insurance, telecommunications, education, healthcare, sports, engineering, etc. By now, it's quite clear why investing in VR is a good idea. But, where to invest? There are so many sectors and the implementations of Virtual Reality Applications go way beyond the usual - Gaming, Real-Estate, etc. 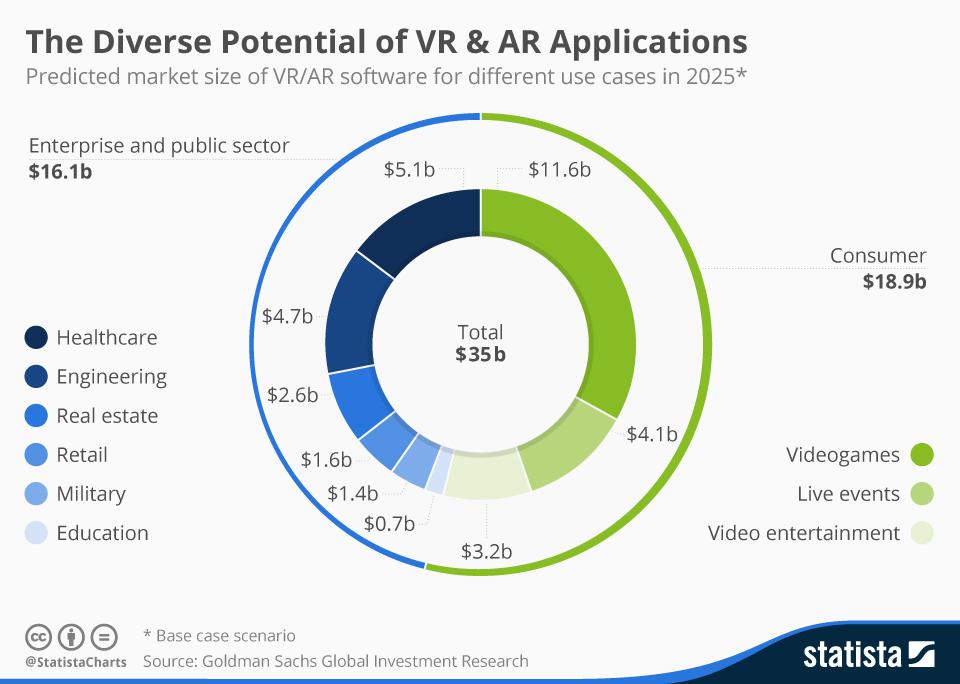 VR is yet to manifest an absolute potential in the professional sports industry. Apps can be developed which can make recruitment process way easier by making selection grounds all across the world easily accessible via VR. Athletes can take a look at the stadiums, weight rooms, etc., with the help of immersive VR, without actually leaving their homes. So far, professional teams have been used to studying films in order to examine opponents or own performance. VR can help players and coaches by experiencing the match in VR again and again. It will enable players to receive consistent and realistic training by the mode of visualizing with the help of VR headsets. This will prepare the team without requiring an extra presence on fields. Sports is one such domain where the VR is being planned to put in use in the aggressive and effective manner.

Virtual Reality provides a few appealing opportunities in medicine and psychology sector. The ability to train surgeons is one of its biggest factors. If the quality of the system is extremely high, surgeons can hone their skills by practicing on virtual patients rather than live ones. Positive side? The more training a surgeon gets via a virtual medium, the better they will be able to perform once they arrive in touch with a breathing human.

When it comes to psychology and therapy, there are a few implications. Such virtual reality apps could be built which helps patients freely communicate their feelings and thoughts to their therapists. Doctors could create safer spaces for individuals with the help of VR, which can make patients feel more relaxed and comfortable. VR can also be used in exposure therapy where patients are boldly exposed to their concerns and fears to get cured. 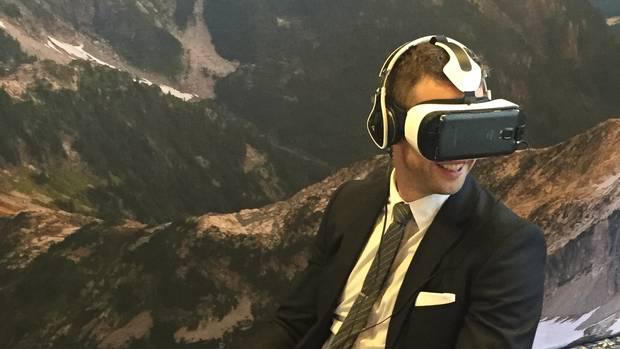 This doesn't mean that individuals will all of a sudden stop visiting the Eiffel Tower, Grand Canyon, or Statue of Liberty in person. We still go to the museums to take a look at the paintings even though they are easily available on display online. Don't we? But, tourism industry certainly has an immense stock of positive prospects when it collaborates with VR. Virtual Reality applications could be constructed which offer a sneak peek into Virtual Reality headset owners into film trailers, historical landmark, theme park, or Nature Park. It's a great option for those who love to travel, but cannot afford the travel costs. They can see the world virtually as if they were present at the place in person. 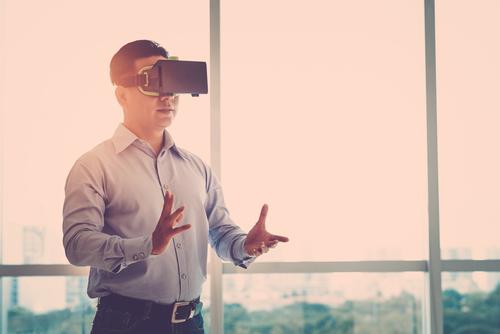 As an array of tech giants such as Facebook, Google, Samsung, etc., are beefing up their billion dollar investment in VR followed by the growth in enterprise applications across industries, Insurance Industry is the next to be disrupted by the Virtual Reality. Sure, employee engagement, customer experience, and product demos are the main applications for this sector, as the technology matures, the ideas can grow seamlessly. The day is not far, when we will start comparing insurance products, talk to customer care executive for claims, purchase insurance by interacting with agents, and take a driving test, too. All through VR.

As of now, the gaming industry is regarded as VR technology's primary benefactor. Goldman Sachs Analysts have predicted the annual VR revenues to stand somewhere around US$11.6 billion by 2025. The music industry has already transformed into an amazing home for VR, as well. International pop icons like Björk and Taylor Swift have release music videos in 360-degree feature, holographic versions of fictional Japanese idol and Tupac, and Hatsune Miku- CTM 2016 star have appeared in the concert. This is merely the beginning. The app GrooVR is creating immersive personal surroundings, which respond to the music you're listening to. Another giant, Universal Music Group has in the process of heavy integration of VR into concerts. You may as well have already gotten a rough idea of the lucrative prospects of VR in the music industry.

Augmented reality tools can greatly benefit the oil and gas industry. Apps can be developed which will help workers to instantly learn how to repair complicated instruments or learn how they work by just pointing the camera at the machine. FuelFX is one such proud pioneer who has taken the VR industry in oil and gas sector by storm.

Bottom line - But, It's Not Over Yet

Virtual reality is certainly a fantastic innovation that can demonstrate the clear-cut landscape of the strengths of technology. The adoption of VR has a huge impact on various industrial sectors all over the world. We have covered a few in this article, and the rest you can read in PART - 2.

(TO BE CONTINUED IN PART TWO)