Facebook is undoubtedly a favorite social network among social networkers. Most who value privacy have sought a better alternative, which MeWe brings in. MeWe offers freemium access to social media platforms and no advertising targeting or news stream manipulating tools, according to Mark Wendell of MeWe.

Market tampering is not an easy thing to promote. They represent significant differences in the market, and hence, MeWe is growing in the whole country.

All mobile apps want to compete against competitors. Nevertheless, a few proved to differ from one another. The functionality in MeWe apps is identical to other social media apps such as Instagram or Facebook, where people can post videos, pictures, and more together in real-time.

There is no advertising and no data-resource practices. MeWe says its servers respect users’ privacy, so no sharing or sale of information. My personal life is #not4sale. Interestingly, social media apps generate enormous buzz.

Everyone is convinced that Facebook has become one of the strongest social media apps today. In a way, Instagram’s metaverse looks indestructible. Are there any other social media platforms that have features like Facebook? It’s MeWe. Next-Gen. Social networking.

In this extract, we will share how to determine the cost of MeWe App Development and other aspects:

MeWe is a social networking app that can be used for all users. Mobile apps aim primarily to protect personal information while providing an accessible experience without tracking. Currently, there is one social network app in development.

MeWe is available for download via the Google Play Store and Apple Store. But, then, it’s famous thanks to business-central products that bring companies and communications to the extremes.

MeWe has gained popularity after Facebook’s privacy issues were uncovered. You can change the feeds on the website and use them to control the contents on their website. You may also choose the stories your mind dislikes and doesn’t wish to view again.

The Birth of MeWe App

The MeWe platform was started as an innovative platform to create new business models for social media users. So the user has paid for their friends’ social media platform, and the platform is dependent on advertising revenue.

MeWe also desired to create an organic platform that would grow organically, the founders of MeWe stated. So they don’t want to advertise the product or service as much; they don’t use their users’ data for advertisements. Eventually, MeWe is booming in many paid users, showing that innovative ideas have their own space and time.

How Does MeWe App Work?

MeWe app offers two formats: MeWe & MEWEPRO. MeWe apps are available to everyone – free subscribers and paid customers. This app allows businesses to build custom homepages and create groupings that extend their influence in the MeWe Users circle. Is the website a MeWe site? The new app has many advantages for its customers.

Unlike other social networks, MeWe social app has its concept, and it doesn’t copy all social media websites. The intent of MeW creators for promoting MeWe is quite clear — The MeWe app will be the Alternative to Facebook.

It is probably a reason the Web site tried to re-use Facebook. Users may add a thumbs-up icon or heart to a posting. They may send a link to each other via different feeds. Users can create their profiles or separate pages.

MeWe social network reviews have also been overwhelmingly favorable. Groups can also be organized by theme.

There are many sources of revenue on MeWe – even when it doesn’t generate any revenue from ad revenue. MeWe is an online community where you can join and use the site for FREE, but you have to pay an amount to get more advanced features on the platform. Like Facebook.

MeWe’s business website is accessible. Creating one of our first web pages will take one month to pay the subscription fee. Once users use the MeWe App, the app can offer users a free service for as little as $499 per month.

In developing applications such as MeWe, it is clear that no specific price has been imposed. Instead, your costs depend upon how complex and functional your application is. If you outsource development, MeWe app development costs rely primarily on your hire social networking apps.

In other words, you should consider your employees’ salaries to determine the estimated cost for developing a social media app. In addition to higher costs, you’ll also add more features.

A basic app with a user interface and ten essential features ranges between $4000 and $60,000. A complex android application development project can cost anywhere from 61,000 to 120000. A complicated project would need a minimum of $220 million investment.

Let’s move away from these numbers as most companies will wait anxiously to fund application development for MeWe alike social network platforms. You should consider the following factors if you plan on putting up a social networking app:

MeW is a groundbreaking social network application whose features and functions distinguish it from other common applications. MeWe apps are priced differently than other mobile apps, and their features add complexity along a user’s mobile app lifecycle.

The estimated price of building cloned apps is dependent on these dimensions. As the developer is working on these projects, they can often look for the right guide for a cloned API.

As a result, app developers had difficulty managing developers working remotely as they could not manage their daily progress effectively. Although some reputed technology companies did not suffer during COVID-19’s worst days, the rest remained stable.

Therefore, using an app development system with the highest performance is critical for reducing the number of app development attempts. Next, I’ll explain the technical impact of cloning social networking apps like MeWe.

So you decide to go in and find a freelance app designer or re-design. Is outsourcing app building a good idea? Let me give you some basic information about MeWe App development costs to hire an offshore developer.

In addition to estimating the costs of hiring a dedicated team for QA tests and development. Do examine the cost difference before hiring developers.

Does MeWe differ from the vast majority of other Facebook groups? The user-designers prioritized using the best mobile apps’ UI designers for a compelling case for how MeWe’s different from many social apps.

To create an easy design with minimal elements, designers charge anywhere around $5000- $7000, and the cost will rise from $10,000 – $15,000 for illustrating a social media website. The MeWe application’s UX is designed to be incredibly complex with complex and expensive features and is designed for an initial purchase.

In addition, the app development costs of outsourcing services for social networks such as MeWe will be charged along with QA tests and software maintenance costs. This is one of the most important parameters determining fees for the startup of a MeWe app. Here are plenty of questions about the MeWe app development cost.

Our developers have a better understanding of the entire development process.

Let the experts do the talking!

Depending on what social networking sites are available, there are multiple different types, and these have some standard features. For the best estimate of the costs of building MeWe apps, be sure to include the following.

If you add new functionality to your app, you’ll be notified of a significant increase in app price resulting from the MeWe app. We’ve discussed many aspects of building the MeWe application, these are a few essential features:

A proper authorization system can protect personal data about a user’s personal information. This feature is therefore undoubtedly essential to many applications. This service allows users to register on the app using their phone or email address. Security intervention is needed to perform certain operations, such as restoring and resetting passwords.

Aside from its essential functionality, a design in application software is a key element of your product. It may potentially be the most costly aspect of MeWe’s application development. Using the user interface of a mobile app, you should offer an attractive interface for your customers to use the app in the best possible way.

Your applications will need to allow users to express themselves via the user profile. For example, the app will enable users to input their name, address, web address, email address, birth date, and even mobile.

Users may have difficulty using apps when adding a search function, which can help users search for their friends’ profiles and interests. To make the user-friendliness of applications more accessible and effective, your applications need search capabilities.

You must create a social media site that lets users know that it has proper channels. A further benefit could occur from adding the ability to send media such as messages and videos by messaging. It is also possible to vary your costs for people to have group conversations.

How to Use MeWe To Promote Your Business?

Our report details numerous factors that affect MeWe Apps development costs. Isn’t it nice for someone who wants to learn more about me? Find out the answers here!

In addition, startups and growing businesses need to know about their user base & revenue expectations for MeWe. MeWe is aiming at promoting small businesses & startups through its business structure.

Steps To Promote Your Brand With MeWe App

In the perspective of the userbase, Facebook is unquestionably a winner, with a billion subscribers across the worldwide nation, while MeWe’s subscription network remains scattered for a reason. But business owners are much better suited to receiving promotion benefits from apps such as MeWe than Facebook. So how can you progress with the best technology? Tell me the tricks to increase your profits.

Why Do You Choose MeWe?

Although advertising at other MeWe options to Facebook is not pocket-friendly, it provides a platform for expanding the market reach. For example, in comparing data to other services, the MeWe app accounted for 65% of global travel, with 5% active users. The Fast Company has also awarded top social marketing firms the Best Social Media Company 2020.

Several companies attempt to hack Facebook and other social media platforms to get a better reputation by providing more privacy features and security measures. However, it requires MeWE application development.

During the creation of an app like MeWe, you need to consider many things. Aside from cost analysis in a software development program, a developer must consider several factors, including time and the mode of development.

Hopefully, the information in this guide helps decide the costs of developing the app. 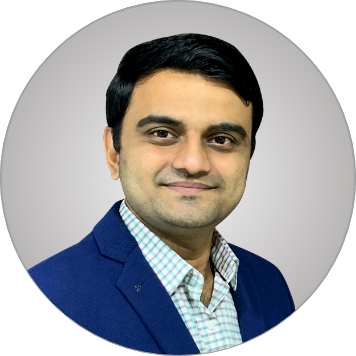 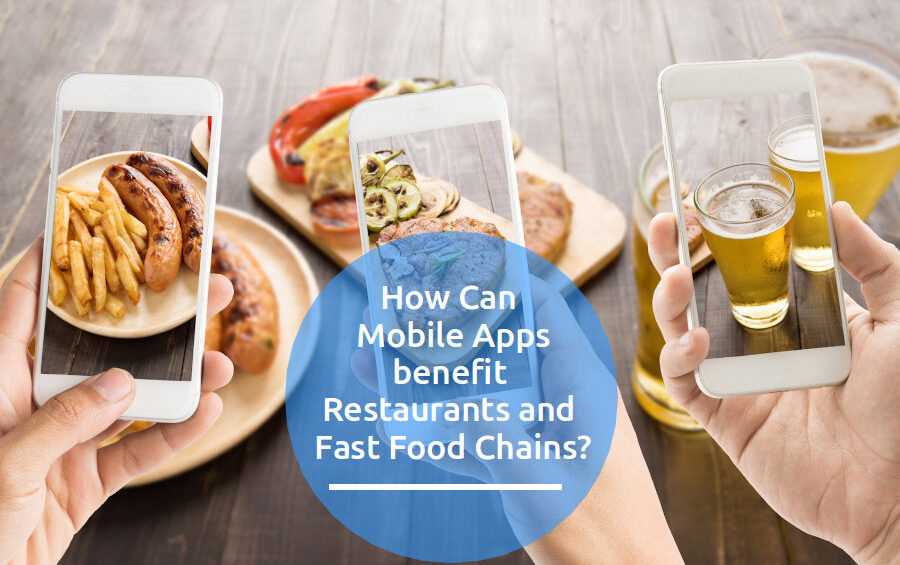 How can Mobile Apps Benefit Restaurants and Fast Food Chains? 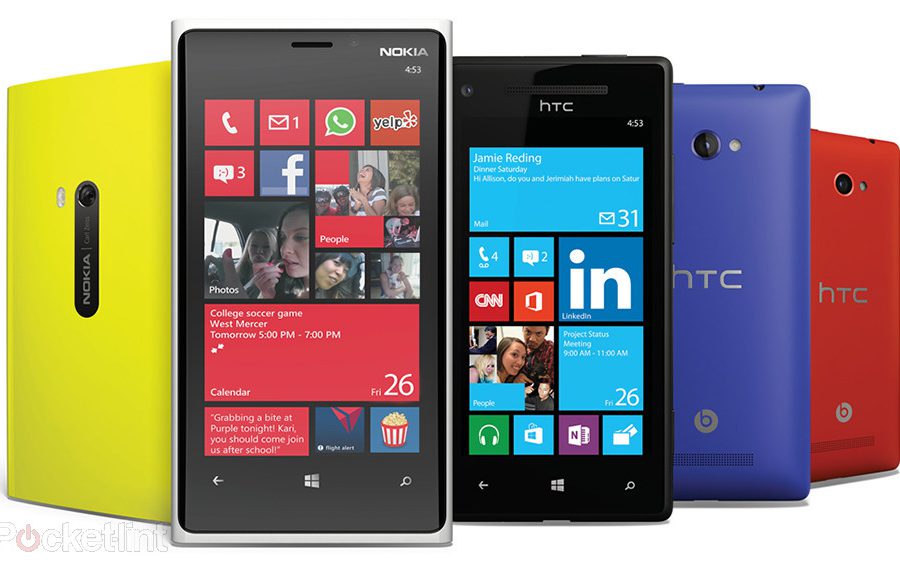 Windows 8 Mobiles will see a definite growth in the near future with Nokia Lumia and more!