Top 11 Websites That Enjoy the Virtue of Being Developed Using Node.JS 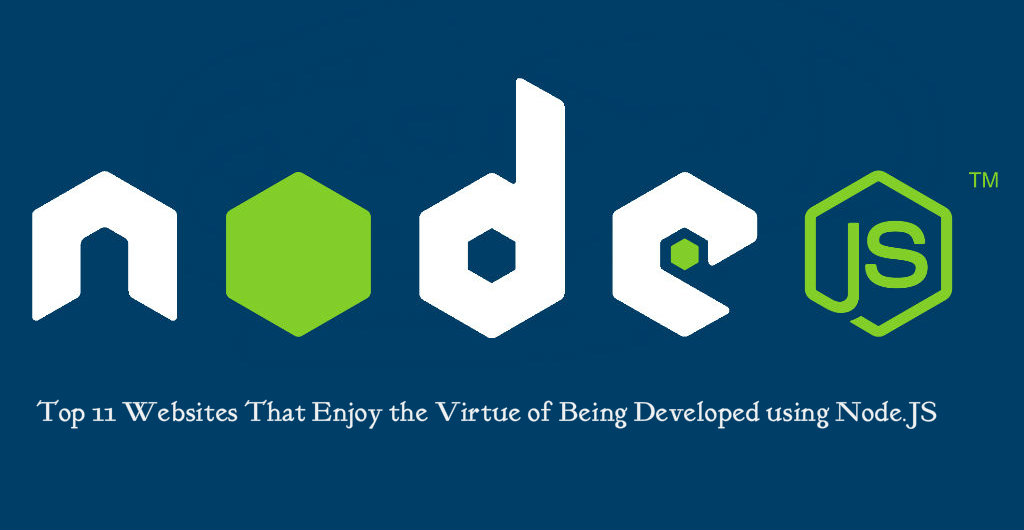 What are the benefits of using Node.JS, best Node.JS frameworks to use, how it is best for the business applications and pretty more is what everyone talking about in the world out there?

Even, you are introduced to the basics of Node.JS several times. Right?

However, no one discusses the most popular websites that are powered by Node.JS. The reason behind the large use of the platform is its advantages such as:

Again, I started bragging its benefits eh! Don't set your teeth on rage, let's cut to the chase.

Take a glance at the websites that considered Node.JS enough matured framework and built leveraging it:

Yes, the search engine that processes billions of requests in a month and took over the market in terms of search, online advertising, office applications, cloud computing and so forth is also using Node.JS. Well, not in the production, but in the Google cloud platform and lambda like architecture, Node.JS is used.

The award-winning newspaper tops in releasing the business and financial news and stories across the globe. The USA based international newspaper online version is backed by Node.JS back-end to scale the app at ease.

The platform to boost up the professional network and blogging boasts to have 400 million users. Not so long back, the website made a switch to Node.JS because JavaScript has a short learning curve and it's easier to code with Node.JS. So LinkedIn designed the complete front-end leveraging Node.JS.

The global marketplace is considered as the best place to find varied deals and offers at local merchants or e-commerce platforms. The website claimed to have a large number of concurrent users and it handles the users and transaction seamlessly with Node.JS.

The payment processor is known to help people in money transfer around the world in over 100 currencies. Using Node.JS, PayPal has simplified the development and back-end processes to handle billions of transactions at ease.

We are very familiar with the global provider of streaming films, videos and television series, which claims to have 75 million accounts worldwide. To iterate faster, improve build times and reduce the compile-time, Netflix made its move to the Node.JS.

The transport app that brought an end to "hailing a cab for a ride" scenario uses Node.JS technology at the back-end to help customers find drivers or drivers to search the customers in no more time.

The venture founded in 2003 to create a repository where stock photos, illustrations, and vectors of high resolution are added in thousands daily. The platform help photographers to sell their photography and prospective buyers to purchase photography via license. It uses Node.JS to display images through search queries without any hitch and testing for the network services.

The cloud-based customer service Software Company empowers interaction between customers and businesses. Node.JS is implemented to enable the interactions easily and at speed.

The management tool with more than 10 million users used to keep things organized and manage the team easily. The infrastructure of Trello is built using Node.JS, database using node-MongoDB-native and server used some of the Node.JS libraries.

The incredible websites cases are itself uttering a lot about the strength of Node.JS. Although the platform is not decades old, its robust functionalities don't limit its usage or not let people distrust it. So, what are you thinking for?

If you are planning to build a website or want to make the existing website load faster and work better, Hire Node.JS developers now.

Thumbs up for Node.JS development!