Do you have an iOS app project underway? It is imperative to be aware of the several development choices at your disposal. And if you’re keen to create iOS mobile apps, the first step is to identify what language you should use to create them.

What should you know before Developing an iOS App?

What programming language should you use for iOS, and what are the drawbacks? To begin with, you must have a clear vision of the market and end-users for your iOS app.

Nowadays, mobile devices not only play an important role in our daily lives but also determine the success of many enterprises. More specifically, research revealed that 56% of internet users access the web via mobile devices, with the remaining 42% using desktop computers and 7 percent using tablets. Surprisingly, over 27% of that 56% are iOS users, and the number is undoubtedly going to rise in the times to come. Due to high demand and dedicated patronage, they have amassed an audience of over a billion. This is a staggering number, and the earnings potential is even greater when compared to other operating systems. So, you must thoroughly investigate your market in the following ways:

Finally, you’ll want to delve deeper into the industry for user evaluations to predict why your app users love this iOS so much and what are the future prospects for scaling it up.

Since its debut, Swift has rapidly risen to prominence as a primary language for developing Apple’s mobile and desktop operating systems. Since its introduction by Apple in 2014 as an alternative to Objective C, Swift has seen widespread adoption among iOS programmers. Swift The PYPL Index says it has a 2.03 percent share of the programming language market, making it the eighth most popular language in the world, according to the PYPL Index. Its widespread acclaim can be attributed to three distinguishing features:

Planning to make your own app? Do you need expert consultation?

Microsoft first released it in the year 2000 as a direct challenge to Java. It is a type of object-oriented programming language that works in tandem with Microsoft’s.NET framework. C# is used by 31.4% of all programmers, despite its relatively low global ranking (7th), thanks to its easy and high-level architecture. On top of that, there are more considerations that will help you make up your mind about this programming language.

To meet the needs of the development community, it was released as open source in 2014.

Speed #’s is superior to that of other languages because of the wide variety of predefined library functions available in C#.

In 1984, Tom Love and Brad Cox released Objective-c to provide an extension of OOPS with similar features. While it wasn’t as widely used as Swift is now, Objective-C has been around for quite some time and is still one of the best alternatives for creating iOS apps. In addition, an objective can be incorporated during iOS app development when numerous factors are considered, as the iOS market has much greater potential financially.

To begin with, Objective-simplicity, C’s flexibility, and scalability stem from its origins in C and C++, which mean that any C program may be compiled with its compiler and C language code can be added within an Objective-C class.

As a language learner, you may find yourself unable to progress without the help of the community. Since Objective-C was around long before Swift, the forum is quite active; Thousands of questions are asked every day, and the answers to all of them are posted immediately.

Simple and Fast: If you’re using robust software development kits (SDKs), then you should be using Objective-C because it’s one of the easiest languages to learn and use.

Let’s imagine you have the option of choosing a language that is both highly efficient and well-suited to the modern digital environment. Users may see all the latest updates without losing any data thanks to Flutter’s lightning-fast experience and immediate reload. If you’re interested in creating iOS apps, it would be wise to learn about this app development kit, also known as an SDK, that was introduced by Google in 2015 and released the following year.

Flutter shouldn’t be used when there is an absolute need. Therefore, consider these examples:

Apps for the iOS platform are frequently developed with React Native. You can get it through Meta, and there’s a sizable user community for it. Your software can also be deployed on Android devices. Furthermore, it is one of the easiest programming languages to pick up, which makes it the language of choice for programmers who want to foray into the field of iphone app development. The reason being, it makes use of the widely-used javascript and typescript languages. Developers experienced with these languages will have little trouble transitioning to React Native. The use of React Native allows the creation of aesthetically pleasing iOS applications.

Last but not least, around 89% of websites are coded in HTML5 (HyperText Markup Language). It is utilized in the development of applications via the integration of Cascading Style Sheets and JavaScript. Today’s small businesses use this language since it’s easy to learn and because it’s part of a very affordable toolkit. If you’re just getting started with creating iOS apps, HTML5 is a great place to learn the ropes. You should look at these highlighters before drawing any firm conclusions, though.

As indicated before, it may be a decent fit for beginners, but its restricted capability and potential difficulties while working on complex objects are drawbacks.

According to a survey conducted by Stackflow, it is the world’s second most popular programming language.

If you’re looking for a technology that will allow you to build applications faster and provide access to them even when you’re not connected to the internet, HTML5 is the right choice for you.

Although developers widely use HTML, it comes with its share of flaws; for example, it is not backward compatible with older browsers, and HTML5 doesn’t permit the construction of native apps. Because of this, there are problems with adaptability and restricted utility when creating unique designs.

Problems that must be solved when creating an iOS app

Many tools and approaches are available for iOS app development and other product design platforms. Applications become cumbersome or difficult to use when their storage space is crammed with features and settings that users seldom use. As a result, the project’s difficulty level may rise dramatically.

Since Apple devices are constantly updated, you need to make sure your tools work with the latest OS. Many errors will need to be fixed, and new parameters will have to be added on a regular basis.

Correct operation may be contingent upon meeting certain conditions that vary between iPhone and iPad devices. This means that the ideal language or framework for iOS development should be selected considering the requirement for an iOS app.

Choosing the appropriate programming language for iOS apps might be challenging, since Apple’s criteria and restrictions are regularly updated. Constant vigilance and compliance checking by the developers is required. If you want to establish a successful project, get on the app store, or launch the application for sale elsewhere, you should definitely consider consulting a professional team for your mobile app development.

Which tools are used for iOS app development?

Because iOS is so widely used, it’s crucial to design apps to run on it. The most popular software packages for creating apps for the iOS platform are as follows:

Jobs for iOS developers are in great demand because of the high pay, the constant need for new developers, and Apple’s pleasant workplace culture. As a result, the employment market for iOS developers is predicted to rise by an astounding 21% between 2018 and 2028.

Apple’s iOS is a more profitable platform than Google’s Android. Thus iPhone software developers often charge more than their Android counterparts. Nonetheless, the success of your app is crucial to the amount of money you make. Therefore, once your app has been tested on these platforms and proven successful, consider expanding it to additional platforms.

How do I learn to develop Iphone apps?

Gaining a thorough understanding of iOS coding often takes between three months and a year. However, getting a Bachelor’s degree may add another four years to the process. The extent of your familiarity with relevant technologies is another consideration that will affect your schedule.

What software is used for IOS app development? AI Infused Mobile App Development Will Be At Peak In 2018 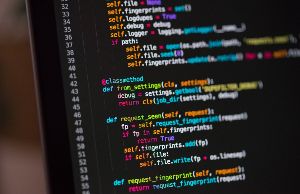 10 Types Of Applications That Can Be Developed Using Python