A Complete Guide To Hiring Angular Developers in 2020

With frontend development rapidly gaining popularity, angular has become one of the most sought-after frameworks. Several companies are using it in their web application. 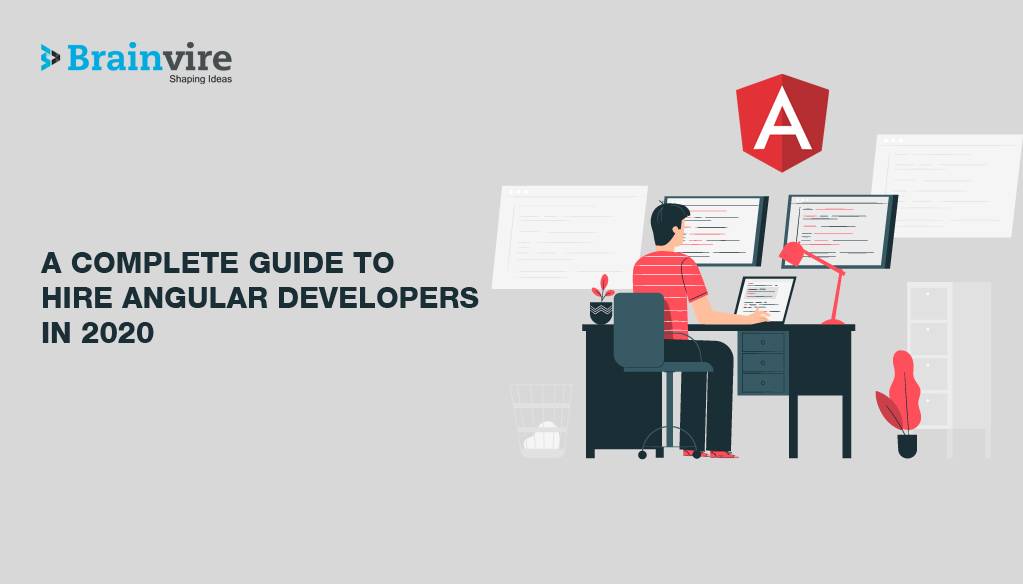 Here is a statistical report showing the demand of angular developers on different job portals. 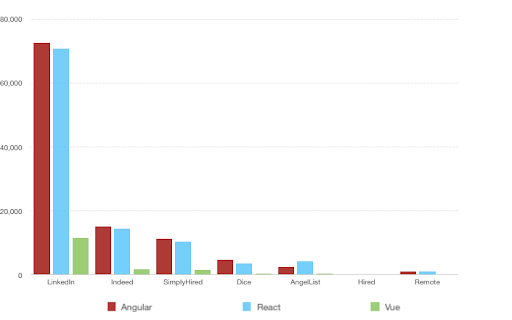 If you are planning to hire an Angular developer for your business, then you have come to the right place.

In this guide, we will be talking about the following topics:

The key benefits of using angular

Angular can help you reap these benefits: 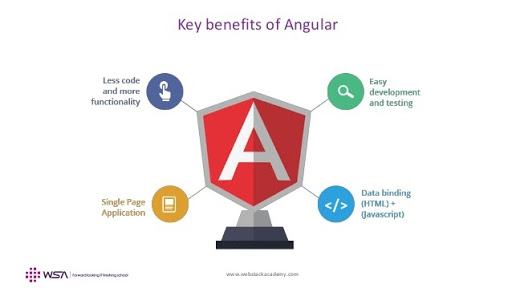 Here, let’s discuss some of the top reasons why angular is the best framework:

Angular functions on patterns. A declarative code style is used to deal with the framework. It also has a lighter code when compared to other languages.

Angular is broken into subparts and modules to conduct thorough testing of each module created by the developer. This reduces the time required for the testing process.

This framework is well-equipped with a security evaluation. Developers can use security measures to protect the data.

Angular is supported by Google. This lets developers seek aid from experts when the website application faces problems

Now that you know the benefits of angular, it is time to hire a team. Before that, let’s see the responsibilities and skills you must consider.

The roles and responsibilities of angular developers

When hiring an angular development team, you must consider certain roles and responsibilities.

The common duties of an angular developer include:

As software developers, angular developers also start from junior-level and move upward to mid and senior-level.

The basic skills junior-level angular developers must have: 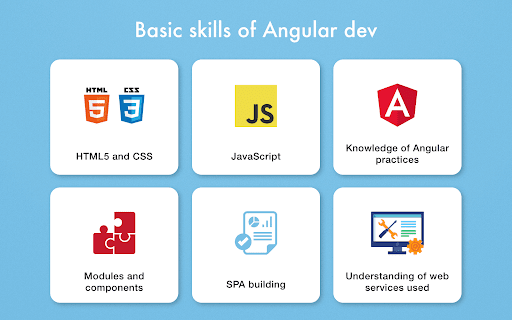 Here are a few skills mid and senior-level developers must possess: 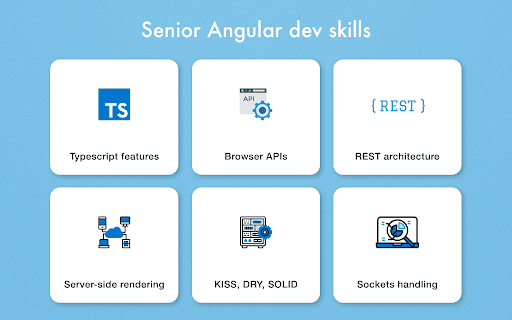 Now you know the essential skills and duties of angular developers. Let’s see which type of developer best suits your business.

How to hire a developer as per your requirements

When it comes to hiring an angular developer, you have three options to choose from:

Let’s discuss these in detail and figure out the best for your business.

A freelance developer is the one who works for him/herself. You can find them on various freelance channels or job portals. A freelancer is the best option when you want to develop intricate apps or websites and do not have the exact requirement.

An in-house angular development team works from your office and under your supervision. You also get to employ every member of the team. This is a perfect option if you are running a startup. You can hire a team of developers to work together and build the app.

This is the most affordable and convenient option. You can outsource the work or hire a development team. These people are experts in their field and provide all the necessary tools.

To understand the hard and soft skills of a developer, here are some of the common questions you must ask during an interview. 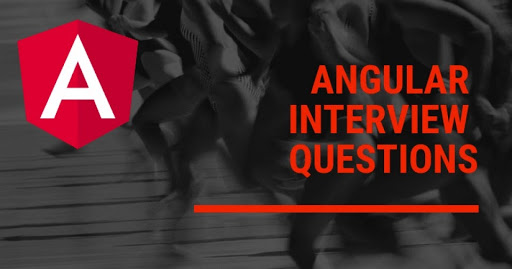 Questions to evaluate hard skills include:

Questions to evaluate soft skills include:

Here are the three important questions you must ask a development company:

You can find the perfect developer for your business with these interview questions. But how do you hire them?

Let’s take a look at the six-step hiring process.

The six steps of hiring an angular developer

This hiring process will help you get the right developer on board. You can, however, also seek assistance from companies offering angular development services.

The basic step of hiring developers is to understand your needs and requirements. Prepare a list of what you want from your website app and accordingly understand the needs. This way, you can figure out the expertise you are looking for in a developer.

#2: Get in touch with a trustworthy development company

Search for the best angular development companies on Google. Use keywords like “hire angular developers” to achieve results in line with your needs. Visit the company website and take a look at their services.

#3: Explain your requirements to the company

#4: Conduct an interview with the developer

Before hiring, always interview the developer to evaluate their skills. Ask them the questions mentioned above to understand their knowledge.

#5: Talk about your needs and the terms and conditions

From your project requirements to the work timing of the developer, get everything in writing to avoid issues and misunderstanding in the future.

This is the final step. Complete all the paperwork, confirm the process and begin your work ASAP.

Before winding up, here is the additional information we promised.

These are just the average salary of an angular developer. The final rate depends upon your project requirements and the selected developers’ skill.

From browser and mobile extensions to backend and frontend development, JavaScript is the most sought-after language.

With Angular being one of the most efficient JavaScript frameworks, it is preferred by many companies. It has huge support from Google and other communities of developers. It also offers you incredible benefits.

Remember, you require an angular development team with strong and highly-skilled professionals. These experts must be able to work in partnership and produce effective results.

So get going, sort through a pool of resources, and hire an angular developer who is a perfect match for your company.

You can also get in touch with Brainvire for additional assistance on angular development.